Home » Blog » Signs of Impending Recession Pile Up Early in 2018

Signs of Impending Recession Pile Up Early in 2018 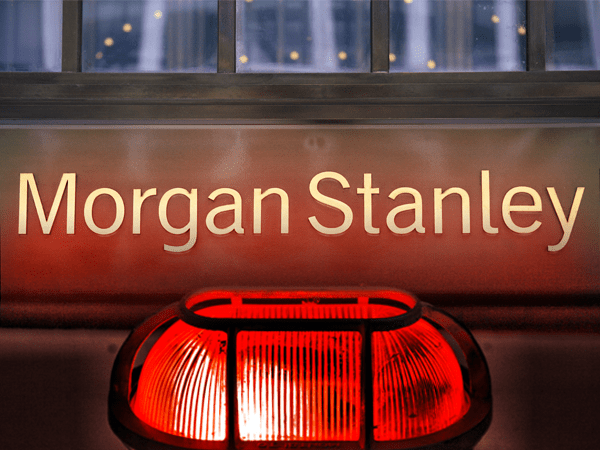 Signs of a coming recession are becoming clearer every day. And when one of the world’s biggest brokerage firms cuts its high-yield bonds to zero, it’s imperative to pay attention. After all, these were the actions of Morgan Stanley Wealth Management, a financial institution responsible for managing two trillion dollars.

The company’s CIO, Mike Wilson, revealed the company’s reasons for doing so in a note he distributed on Wednesday, explaining:

“We recently took our remaining high yield positions to zero as we prepare for deterioration in lower-quality earnings in the U.S. led by lower operating margins.”

As the graph below shows, global junk bond returns have reached record highs. So much so, Wilson believes the market has matured to a point where making money on such investments has become too difficult, saying, “Late-cycle dynamics have become even more evident.” 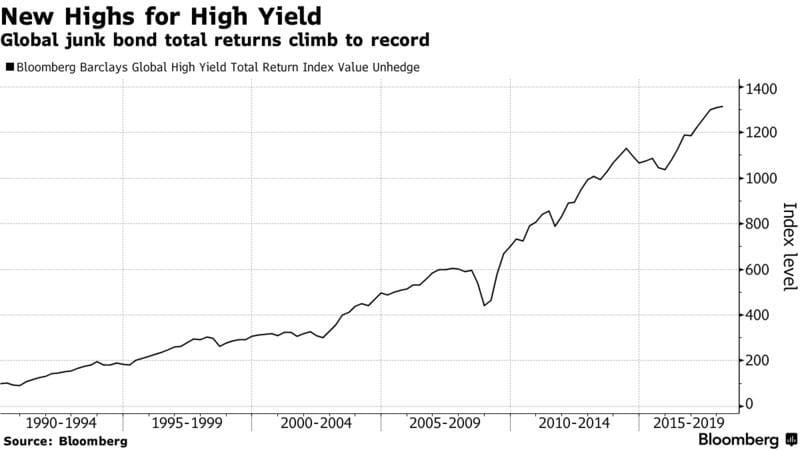 And although cross-asset volatility dropped to their lowest levels ever in 2017, Goldman’s derivatives strategists Katherine Fogarty and John Marshall warn the good times are coming to an end. In their report they revealed volatility is creeping back into the market, saying:

“The calm appears to be ending, and the options market is now pricing in higher volatility in the fund as well as in junk bonds, the S&P 500, consumer and tech stocks.”

With the writing on the wall, analysts are in a pessimistic mood. Wilson expressed his investment concerns for the next two years, saying:

And while the new tax cuts could help, he believes that ultimately their effect won’t last long and will only cover up balance-sheet shortcomings.

In fact, instead of keeping a downturn at bay, Wilson predicts the tax cuts will speed up the process by “bringing forth the excesses we typically see before a recession.”

He predicts operating margins will peak due to lower tax rates as opposed to actual sales and profitability. And with good reason. Retail giants’ sales and profits are continuing their downward spiral.

The Demise of Retail Giants

Former retail giant Macy’s announced this week they’re closing eleven of its stores and letting 5,000 of its employees go. This means they’re set to add to the 124 stores they’ve closed since 2015. This is a result of their poor sales, which over the holidays increased by a mere 1.1% compared to the same period the previous year.

And it’s not just Macy’s. Sears Holdings Corp. has added over 100 more of its stores to the 250 or so stores they announced they would close last year. This will include 64 Kmart stores and 39 Sears stores which close their doors for good between early March and early April. Both stores have been losing billions in recent years, with Sears Holdings not being able to make a profit since 2010.

Low sales are even hitting movie theatres. Despite “Star Wars: The Last Jedi” being the highest-grossing movie of 2017, selling 58.1 million tickets in the US, overall ticket sales fell nationwide by 3.6% or 1.25 billion tickets in 2017 – their lowest levels since 1995.

With analysts already issuing warnings to investors, and institutions like Morgan Stanley Wealth Management taking steps to protect their wealth, private investors should take note and start preparing. Wise investors have learned from the last recession sooner is better than later.

With the prospect of losing money and having their financial futures in jeopardy, there will likely be an inevitable move into precious metals. Gold provides a safe-haven for wealth protection and handsome returns in tough times. Right now may be one of your best opportunities for building a stake in gold.