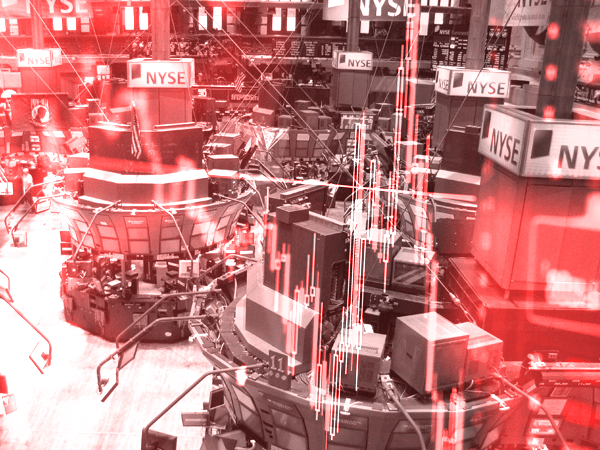 The DOW suffered a net-drop of 1,175 points on February 5. By many standards, a drop like that would be considered the worst single drop during a given market cycle.

But in this case, it might only be a hint of a much bigger market crash to come later this year. Analysts at Morgan Stanley said it best…

The U.S. stock market only had a taste of the potential damage from higher bond yields earlier this year, with the biggest test yet to come, according to Morgan Stanley.

Bond yields have an impact on stocks, whether they are higher or lower. And since 2013, they’ve stayed within a “safe range” of just under zero to .60% (see chart)… 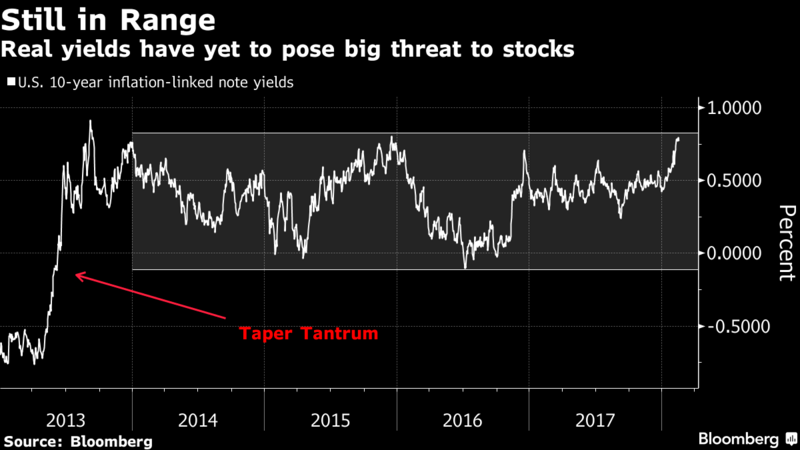 Look to the left side of the chart, and you can see where the “comfort zone” began in 2013. But if you look at the right end of the trend line in the graph above…

It looks like bond yields might just break the “safety barrier” and send us toward a “main course” stock crash later this year. Why?

Central banking policies, rising inflation rates, and a slowdown in growth because stocks will have to rely on earnings caused by higher “real yields.”

That adds up to growing concern from Morgan Stanley:

Should [bonds] break out of the range over the past five years as investors anticipate greater central bank policy normalization, that could hit stocks harder, according to the Morgan Stanley thinking.

Some analysts have confidence that the market will weather the storm in 2018, and possibly even do well. Then again, before the crash of 2008, some analysts had that same misplaced confidence.

What goes up, must come down, as they say. But in 2018, it might come down hard because our safety nets are disappearing…

In an effort to rebuild its cash reserves, earlier this week the Fed auctioned off $179 billion in securities. Three- and six-month-old debt are providing yields unseen since 2008.

Normally, a debt sell-off wouldn’t raise much alarm. Debt is part of a functioning economy, after all. But you also have to have countries willing to buy debt.

That well is drying up. China is considering a revision of their U.S. debt-buying policies, and the U.S. dollar is losing strength.

Bottom line, if we can’t sell our debt, bad things could start happening. Tom di Galoma from Seaport Global Holdings was concerned about our five- and seven-year debt, saying:

“I worry more about the five-year and seven-year auctions” – he said as the managing director of government trading and strategy.

He was right to be concerned, because on February 22 the seven-year auctions drew yields even closer to 2008 levels.

The number of bids was also lower relative to amount sold, which means demand for U.S. treasuries is already dropping, again. This means the U.S. will likely have to increase yields to unseen levels in order to entice investors on the next go-around.

That spells trouble for 2018, because if there aren’t enough investors, then money will have to come from somewhere. That usually means higher interest rates.

Add a weakening dollar, more and more U.S. debt that needs servicing, plus rapidly rising interest rates on the way, and you have reliable signals of a coming market correction…

The DOW Might Drop Big, But Your Portfolio Doesn’t Have To

Bond yields could soon break their “safety seal” of the last 5 years. The U.S. debt keeps rising, and paying the interest alone might crash the economy.

Not to mention China and other countries are starting a dollar trend that could send us towards an even bigger drop in the DOW than we’ve seen in the last 10 years.

This means you need to find a way to hedge your bets against the rampant silliness at the banks, U.S. economic policy, and the Treasury.

The World Gold Council is bullish on gold, which was the second-best performing asset of 2017. Plus, the precious metal been known to offer security and protection to wealth against factors such as economic uncertainty. It could be what your savings needs to defend against a crash.