Fed’s Near-Zero Rates Might Sound Good (Until This Happens) 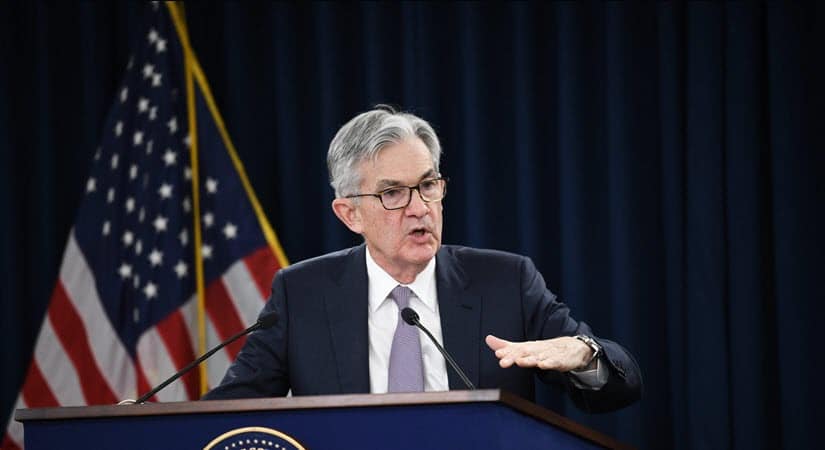 In some cases, the idea of a “near-zero interest rate” is a good thing. For example, if you qualify for 0% interest when you buy a car, you save money.

But it’s much different when your retirement savings depends on getting a return on investment (ROI). In that case, near-zero interest rates can put pensions and other retirement accounts in serious jeopardy.

The Fed dropped interest rates to 0-0.25% starting last September. And according to the Wharton School of the University of Pennsylvania, those near-zero rates could stick around for a while:

Expects to hold interest rates near zero at least until 2023 because of the pandemic. That spells lower returns for retirement accounts, and it adds to the underfunding of pensions that has worried retirees for many years now.

“Low returns from the market are essentially a tax on retirees,” said Olivia Mitchell, Wharton professor of business economics and public policy.

Then there are real interest rates, which are measured by the difference between 10-year treasuries and Fed inflation expectations. We figure this out by comparing the yields on Treasury inflation protected securities (TIPS) to 10-year Treasury yields. Here’s a comparison of real interest rates (2000-present) from the official Cleveland Fed chart: 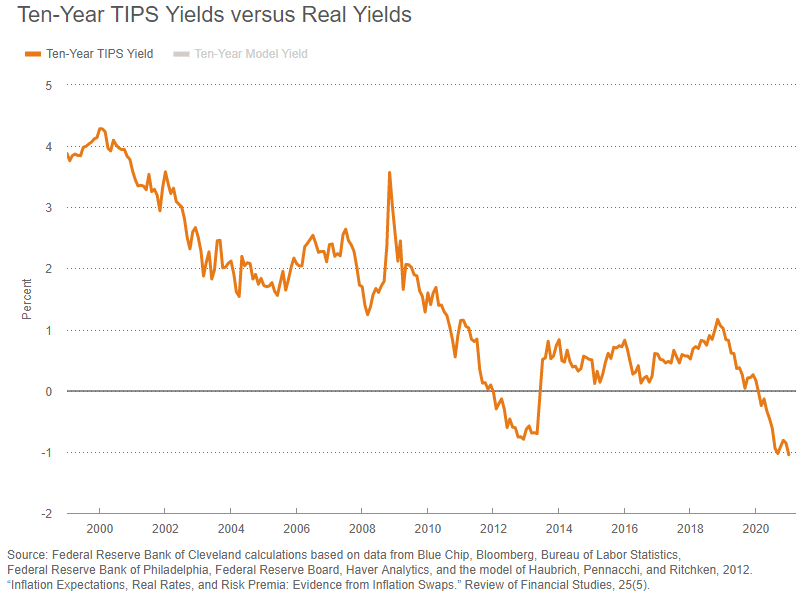 You can see that since 2012, the real rate has struggled to get to 1%, and recently dipped into the negative.

According to an op-ed on MarketWatch, the drop in real interest rates isn’t a good thing:

This persistently low-rate environment means workers will have to contribute significantly more to their 401(k), or invest in riskier assets, than they did at the turn of the century.

Many of the assets retirement savers have relied on for decades, including Treasury bonds, CDs, annuities, money market accounts, even the humble savings account, cannot preserve your purchasing power any more.

So you have a choice.

You could save more of your hard-earned money in these low-yielding assets, hoping for leftovers after inflation takes a big bite.

Or, you could move your savings into higher-risk assets, cross your fingers, and hope for the best.

Not an appealing choice, is it? Well, it could get even worse…

Fed’s Short-Term Thinking Could Spell Disaster for Social Security, Too

By trying to mitigate the economic impact of the pandemic response by state governors across the U.S., it appears the Fed may have fallen into the trap of short-term thinking by employing near-zero rates and printing money.

According to a Washington Post article by Allan Sloan on retirement security, savers pay a high price for the Fed’s short-term thinking:

The Fed is trying to salvage the present by pumping trillions of dollars into the U.S. and world financial systems, but in the process it is putting our economic future at risk. ‘We’re bailing out the present and making the future pay for it,’ said Gene Steuerle, a co-founder of the Tax Policy Center. [emphasis added]

Sloan goes even farther: “Near-zero rates are worsening the financial problems of the already stressed Social Security system by sharply reducing the interest that Social Security can earn on its $2.9 trillion trust fund.”

We already know that Social Security has enough problems to contend with, so it doesn’t need the Fed’s short-term thinking making things worse. If the Social Security trust fund can’t even keep up with inflation, how can today’s retirement savers count on it down the road?

It sure seems like the Federal Reserve’s low rates will be making things a whole lot worse for retirement savers.

Make Your Retirement Resilient to Low Rates of Return

Olivia Mitchell recalled that the 2008–2009 global financial crisis was “a bath of cold water for retirees, savers, pension funds, insurance companies, and so on.”

That crisis was followed by a period of recovery. But if the Fed’s policy of near-zero rates doesn’t spark a historic recovery soon, you might find your retirement on ice.

The best thing you can do right now is make your retirement savings resilient to the potential “ice-bath” around the corner. Diversify your savings into assets that hold up well against inflation and rock-bottom interest rates. Precious metals like gold and silver can diversify your savings, and preserve your purchasing power by acting as an inflation-resistant store of value.