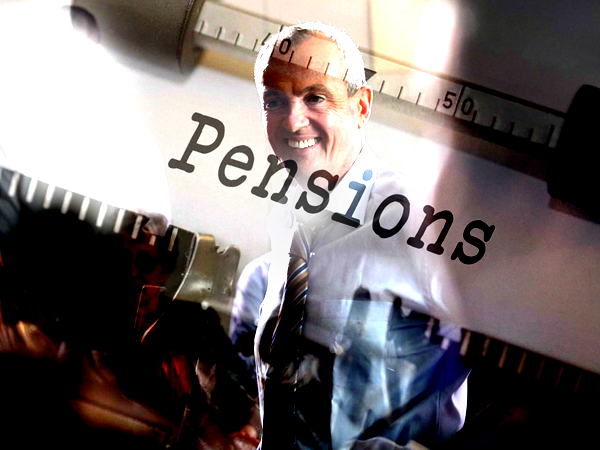 Pension plans across the U.S. have been doomed to fail since 2008. But surprisingly, that’s not the most alarming news regarding pensions…

New Jersey (NJ) has the 2nd worst credit rating and the most underfunded public pension fund in the U.S.

In a move that resembles “robbing Peter to pay Paul,” NJ is now preparing to raise taxes. But they’re taking the simple idea of raising taxes to a whole new level…

So, in addition to breaking his campaign promise of giving NJ residents more value for their tax dollar, Governor Murphy has decided to go off the deep end…

…and fund the public pension plan by taxing everything.

Under the guise of “investment,” Governor Murphy is aiming for an unrealistic 5.7% increase in state revenue from this long list of tax increases. This includes a 19.8% tax hike on income over $1 million.

As a result, he expects to resume full pension funding by 2023.

But aside from the numerous problems with Gov. Murphy’s plan, like the fact that millionaires can afford to move out of the state… there is a much bigger and more disturbing trend developing.

New Jersey might provide the blueprint for other states to follow. But the “money grab” isn’t what you think, and it’s not good…

We are told that we can fix the pension funds by saving more – such as by increasing the contributions from beneficiaries and/or taxpayers … this is the equivalent of trying to fill a milk bucket by milking more cows when the problem is that there is a hole in the bucket. Why put more milk in the bucket until the hole is fixed or the farmer gets a new bucket?

More savings, more taxes, and more incompetence. Together they add up to more money out of your pocket, and into a public pension system that is melting down fast.

State by state, pensions are being underfunded at an alarming rate. Other states will likely follow New Jersey’s example, meaning you could end up paying the price for this “Pension Money Grab” whether you like it or not.

This transfer of your wealth to the state could leave your own retirement hanging by a thread. Plus, if you’re already relying on a state pension, you can expect your cash flow to suffer dramatically.

But it gets worse…

It’s Not Just State Pension Plans that are “Suffering”

Big companies like GE are hanging retirees “out to dry” too.

One particularly good example of this is General Electric. By some estimates, its pension fund is underfunded to the tune of $31 billion.

Pensions’ stock holdings have appreciated considerably this year, but their value has not caught up with their liabilities, or what they owe their retired workers.

The entire pension system could detonate. But even if it doesn’t fail entirely, it’s looking more and more like a Ponzi scheme than a retirement vehicle.

But pension holders won’t be the only ones suffering.

If retirees don’t spend in an economy that depends on spending and consumption … the ripple effect will be one more thing that makes “Crash 2018” a reality.

The economy is failing, pensions are melting, and your wealth is being confiscated in an attempt to recoup losses…

The under-funding device is a very subtle and brilliant mechanism of wealth transfer. No one thinks about it that way but that’s what it is. A massive wealth transfer mechanism.

What happened in Cyprus could happen here too. It might just be pensions for now, but it could be bank accounts and other sources of cash later.

Bottom line… companies and states aren’t going to just sit idle and wither out. They are going to use extreme measures to recover their losses and progress into the future.

As more state pensions fail, and more company pensions go bust, you need to do your own “wealth transfer” and find ways to protect your hard earned savings.

Don’t let your wealth be confiscated by a desperate plan. Instead, consider protecting it with a safe haven asset that is known for its security such as physical precious metals like gold.