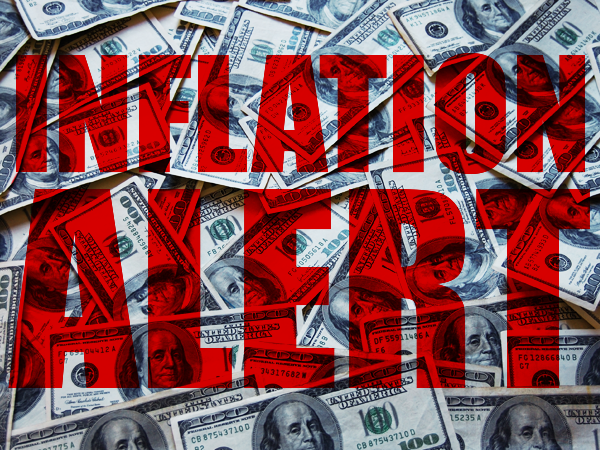 This week, Your News to Know rounds up the latest top stories involving gold and the overall economy. Stories include: Gold is the trick to inflation’s treat, gold as the clear winner of the U.S. election, and top Russian bank predicts more fireworks in the gold market.

However high inflation runs, gold will be there to keep it in check

This year marked somewhat of a turning point for the Federal Reserve, as the central bank stated that it would allow inflation to run above its 2% target if necessary to reinvigorate the economy. Yet Forbes contributor Frank Holmes is among the numerous pundits who believe that the “scourge of the modern economy” is already running much higher than official numbers would present.

Holmes uses the latest Halloween spending as a clear example that something could be amiss. Halloween spending in the U.S. has been on a decline for three years, with this year’s projections for lessened spending due to obvious reasons marking the fourth. Yet despite forecasts by the National Retail Federation (NRF) that spending would fall to $8 billion compared to 2019’s $8.8 billion, a NRF survey revealed that average consumer spending increased on a year-on-year basis by almost 7%, going from $86.28 to $92.12.

Though many would rather not accept it, Holmes finds inflation to be the likeliest culprit behind the discrepancies in data. Holmes places the blame for inaccurate inflation reports on fundamental changes to how CPI is measured. And while it’s difficult to pinpoint exactly how much higher inflation has been running, Economist John Williams’ popular methodology places the official annual increase of 1% closer to 9%.

Making matters more concerning are expectations of rampant government spending. Although then-candidate Elizabeth Warren’s $52 trillion Medicare plan gained widespread attention, proponents of the modern monetary theory (MMT) would likely find this a meager number. With money printing and subsequent inflation taking center stage, banks like Goldman Sachs have been urging investors to either gain or increase their exposure to gold, and investors have been quick to respond in kind. The World Gold Council’s (WGC) quarterly report showed that institutional holdings and physical gold investment both hit a record high in Q3, with purchases of gold coins and bars climbing by 49% year-on-year.

The outcome of the U.S. election might be muddy, but the forecast for gold isn’t

As the markets focus on the outcome of the election and its impact on monetary policy, one expert believes gold stands to benefit regardless of the result. In a recent interview with CNBC, James Rasteh, CIO of Coast Capital, explained that both candidates will ultimately seek out a loose monetary policy to offset the damage done to the economy.

“We would be printing trillions of dollars more and all of that ultimately has extraordinarily positive repercussions for gold,” said Rasteh.

Though the fiscal plans of the two parties might be different, Rasteh noted that the stimulative policies are bound to widen the government’s deficit, which has long passed the troubling figure of $1 trillion. Rasteh expects this kind of out-of-control spending to make investors reasonably skittish and more prone to putting their money into safe havens, with gold as the primary choice.

Rasteh also pointed to some developments in the mining sector that could prove troublesome down the road. As many have pointed out, the number of mining companies continues to shrink as large miners buy out the smaller ones in a bid for both reserves and exploration activity. While the slight increase in exploration compared to the previous year has generally been interpreted as positive, Rasteh said that this comes as a result of diminishing ore deposits.

“We are discovering a lot less gold than we are producing,” he noted, adding that gold production is likely to fall off by 50% within a decade.

After posting record profits from gold, a top Russian bank is doubling down on the metal

In a scenario that would have been difficult to imagine not too long ago, this year has seen Russia’s central bank bullion purchases overtaken by a private bank. As the official sector pulled back due to all-time-high gold prices after record appetite in 2018 and 2019, VTB Bank PJSC stepped in to become the nation’s biggest gold buyer with a bullion stockpile of 59.5 tons as of October.

VTB has stuck to physical gold for some time, allowing it to post more profits from the metal this year than the previous three years combined. Amid institutional demand that is likewise nearing all-time highs, the bank also revealed that it would soon launch Russia’s first gold derivative.

Besides the trading of physical gold, the bank also prioritizes lending to mining companies and is generally bullish on the sector. As Alex Metherell, co-head of global banking explained, part of the reasoning behind this are Russia’s abundant gold deposits, with a sizeable part of Russian gold purchases often coming from its own miners.

VTB has no plans to abandon its focus on bullion anytime soon, especially as global uncertainty continues to cast a shadow on market sentiment. With several top banks forecasting a spike in silver prices due to stimulus-fueled industrial demand, VTB’s First Deputy Chairman Yuri Soloviev also noted that his bank expects platinum and palladium to follow in gold’s trail courtesy of the manufacturing sector.