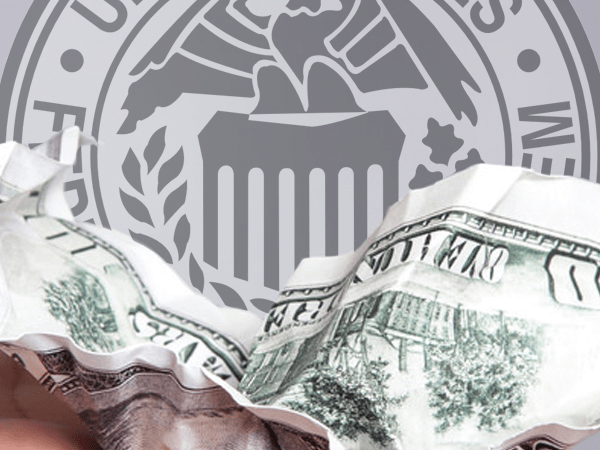 In a recent speech at the Securities Industry and Financial Markets Association in New York City, William Dudley, the New York Fed President, voiced his economic concerns for the coming year and beyond.

Though inflation is low, Dudley warned the economy is growing at an “above-trend pace” while the labor market is tightening, and will be boosted further by the recently enacted tax legislation.

All this is happening despite the Fed hiking rates by 125 basis points over the last two years, which suggests the three further planned hikes for this year may not make much of a difference either.

The whole point of the Fed hiking rates is to assert control over the market, encourage investors and banks to take fewer risks and start playing it safe by making it harder and more expensive to borrow money as opposed to people borrowing recklessly and getting themselves deeper into debt, which is exactly what’s continuing to happen.

However, despite the Fed’s best attempts, the market doesn’t appear to be paying attention. Dudley continued:

“Even though the FOMC has raised its target range for the federal funds rate by 125 basis points over the past two years, financial conditions today are easier than when we started to remove monetary policy accommodation.”

The market’s lack of response was shown by the latest results from the weekly St. Louis Fed Financial Stress Index. Made up of 18 components, it’s used to measure whether financial conditions are becoming easier or tighter. A zero measure means normal market conditions, whereas when it goes above or below, it means either below or higher than average stress on the market.

On November 3, the index was at -1.6, its lowest since 1994. Despite the Fed’s recent hike and “balance-sheet normalization,” results published last Thursday showed little improvement with a measurement of -1.57. Even the two-year Treasury reaching its highest levels since September 2008, closing at 1.96% on Thursday for a third day in a row is having little effect. 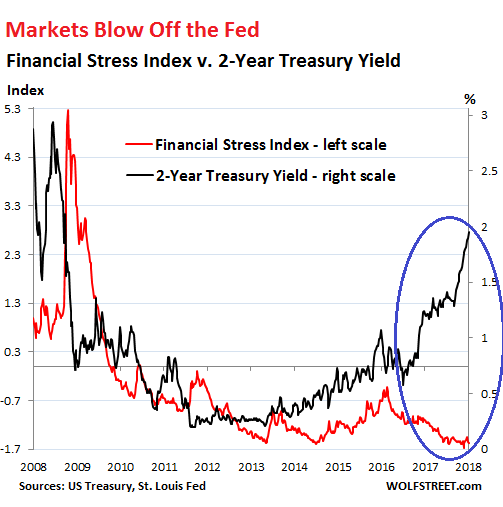 A Shake-Up on the Way?

In response to this, Dudley hinted the Fed may enforce tougher measures in the future to assert control of the situation, predicting a “hard landing,” which could lead to a recession:

“This suggests that the Federal Reserve may have to press harder on the brakes at some point over the next few years. If that happens, the risk of a hard landing will increase. Historically, the Federal Reserve has found it difficult to achieve a soft landing – especially when the unemployment rate has fallen below the rate consistent with stable inflation.

In those circumstances, the Federal Reserve has been unable to both push up the unemployment rate slightly to a level that is consistent with stable inflation and avoid recession.”

The market can only act on its own devices for so long. Despite the Fed’s flip-flopping in recent years, sooner or later it will have to start taking it seriously again. The danger is the longer it ignores the Fed, the harder it could come crashing back to reality — resulting in a shake-up that could hit the economy hard.

With experts like Dudley warning about chaotic times on the horizon, investors know they can only rest on their laurels for so long. A self-correction in the market is looming on the horizon and the risk of investors losing their wealth is growing greater. Now would be the time to take the steps towards protecting your wealth from the coming economic storm.