Home » Blog » Next Crisis Will Be “Worst In My Lifetime”, Expert Warns 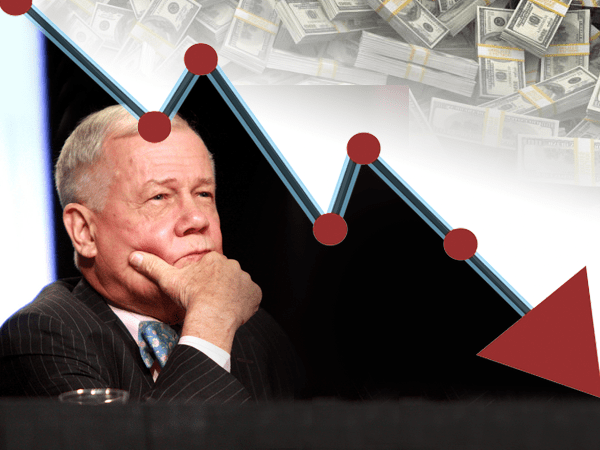 Multiple authorities in the realm of finance and investing are ringing the alarm bells on the approach of our next major crisis, including a top Citigroup economist and a seasoned market forecaster with a sterling record of accurate predictions.

Why are they so concerned? And how big will the crisis be if they’re right?

Here’s a closer look at what they’re saying…

In response to our last major crisis in 2008, policy makers traded away our future security for a short-term fix. Central bankers coddled the economy with excessive quantitative easing and near-zero interest rates for years. On the surface, it made everything look fine, but underneath… it was only making a bad problem worse.

Consequently, top Citigroup economist Willem Buiter says the Fed has created an environment that’s incubating the same type of behavior that sparked our last crisis. Speaking to the Epoch Times, he said:

I think financial conditions at the moment for the United States are probably too easy. They encourage financial froth and speculative behavior. So taking some of this excess liquidity out of the system is beneficial for financial stability.

Long-term rates are low, the stock market is booming, the currency is relatively weak, and policy rates are edging up in nominal terms very, very slowly. We’ll see one more rate hike, probably at the end of the year. So that is technically tightening relative to a situation we didn’t have, but there is very little absolute monetary tightness. Financial conditions and monetary policy continue to be very supportive of economic activity in the United States.

Most of the commentators have never seen a rate increase before. The last time the Fed started hiking was nine years ago, so any rate hike looks dramatic, when in fact it is very little on top of almost nothing.

Next Crisis Will Be “Worst In My Lifetime”

Some commentators are even more pessimistic about America’s economic outlook. Take Jim Rogers, for instance.

Speaking to Birch Gold Group just a few weeks ago, Rogers detailed his predictions for markets over the next 12-24 months. And what he shared is troubling to say the least… most notably, his statement that the next crisis to hit America will likely be the “worst in my lifetime.”

Meanwhile, Fed chairwoman, Janet Yellen, says we have no reason to worry… that we shouldn’t expect another major crisis “in our lifetimes.”

So who should we believe?

See what Rogers said in his exclusive interview with Birch Gold, and you can decide:

Birch Gold: There’s a massive disconnect there. Somebody is right, and it looks like we go through these cycles and it seems like this one is going to be worse than ever before, and it seems like the solution to the ’08 crisis essentially created the next crisis. And are we months away from that manifestation, years away?

Rogers: It would probably start by the end of this year, and certainly it’d be obvious by 2018, 2019. When these things start, they start small. In 2007, Iceland went bankrupt; most people didn’t know what Iceland was, that it was a real country, much less that it could go bankrupt. Then Ireland went bankrupt and Bear Stearns went bankrupt, and then the Lehman Brothers went bankrupt, and after a year or two, everybody said oh my gosh, there’s a problem, something’s going on here! That’s the way this one will start, it may start this fall, I have no idea, but certainly by a year or two from now, we will all know, hey, there’s something wrong.

What Consistently Grows When the Market Tanks?

The fundamentals behind Buiter and Rogers’ argument are impossible to ignore. All the evidence points to a serious event coming soon. And before it arrives, it would seem illogical to not position one’s savings for safety.

The best way to do that is to hedge with assets that are known to reliably grow when the economy takes a nosedive.

But one asset to fit that description is physical precious metals.

Precious metals like gold don’t just maintain value in the midst of catastrophic economic events – they thrive in it.

Consider this chart of our three biggest recent declines, and what gold prices did during each one. This tells the whole story:

Recent history has shown a pattern of gold prices tending to rise when the market falls off. So the time to secure a position in precious metals is before conditions get bad. Waiting too long could be a costly mistake.