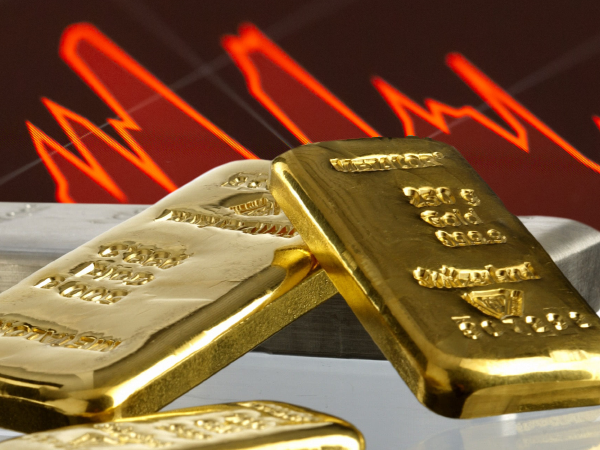 This week, Your News to Know rounds up the latest top stories involving gold and the overall economy. Stories include: Two analysts say gold is headed towards $1,700 by the end of February, central banks are expected to continue their gold buying spree, and gold bar worth nearly $1,500 donated to a Salvation Army kettle.

Based on historical chart movement, gold is primed to hit $1,679 by the end of February

This year, gold climbed to roughly $1,550 over the course of the summer before pulling back to the $1,460 level in November. While the metal remains up nearly 15% since the start of the year, some have interpreted the pullback from summer’s six-year highs as a correction.

The analysts at Wolfe Research, however, believe the price action is telling a different tale. In a recent report authored by John Roque and Rob Ginsburg, the two experts have taken a look at gold’s price movements dating back to 2015 and noticed a persistent trend. Since then, there have been seven instances of significant price spikes, followed by sideways price action as the metal forms a new higher base.

Each time, the new base resulted in an average price gain of 15% over the next few months. The analysts think we are in the midst of an eighth such cycle, and that gold’s lingering around the $1,470 level over the past months has served to build a jumping point that will launch the metal to $1,679 by the end of February.

Furthermore, Roque and Ginsburg have taken note of gold’s exceptional momentum this year, with seemingly no headwinds applying downwards pressure on the metal. Taking this into account, the pair expects the newest cycle of price gains to stretch far past the $1,700 level and surpass gold’s all-time high of $1,900.

After a 2018 that saw the official sector buy a record 651 tons of gold bullion, most analysts agree that the trend of voracious gold buying will continue in similar fashion over the next couple of years. According to a report by the World Gold Council, this year’s central bank purchases clocked in at 562 tons by the end of October, which could very well end up placing this year’s total figure above that of 2018.

Various forecasters are calling for a similar weight of purchases in 2020, with Goldman Sachs predicting 650 tons next year while Standard Chartered sees a more modest 525 tons. As Alistair Hewitt, the WGC’s director of market intelligence explains, central banks are motivated to buy gold in equal parts by three drivers: safety, liquidity and the assurance of returns. Commenting on the recent spike in demand, Hewitt noted that the official sector is also turning to gold due to a rise in geopolitical tensions and a negative downturn in sovereign bond yields.

Hewitt said that central banks approach their portfolio strategy with a carefully thought-out and long-term oriented outlook, meaning they are unlikely to be swayed away from purchases by any short-term developments. The director also pointed out that the virtual nonexistence of central bank gold selling is yet another boon for the market.

Speaking about the diversity of the buyers, Philip Newman, director of the London-based consultancy Metals Focus said that 2017 marked a notable shift where central bank purchases are no longer revolving around Russia, Turkey and Kazakhstan. Instead, there are now new buyers from all over the world making multi-ton purchases, such as India and China, along with various European countries. In their outlook for 2020, Commerzbank’s analysts said that the Dutch central bank and several other Western European countries could soon join the group of buyers, which could have considerable influence on the gold market.

Salvation Army fundraisers in Kentucky uncover a $1,500 gold bar in one of their red kettles

Each year, the Salvation Army runs a Red Kettle Campaign through Christmas in hopes of gathering funds to help those in need. The iconic kettles are known to accept anything that donors are willing to part with, ranging from minor amounts of cash to items of value.

While most contributors indeed donate a nominal amount, every now and again, the fundraisers are treated to the sight of a substantial charitable gesture once the kettles are opened. Such has been the case this year in Kentucky, where a gold bar worth nearly $1,500 was found in a kettle at the Kroger in Prospect.

Aside from the gold bar, Williams added that his colleagues have also found a number of gold and silver coins scattered throughout the kettles over the past couple of days.