Home » Blog » November Election Could Be Powerful Driver for Gold

November Election Could Be Powerful Driver for Gold 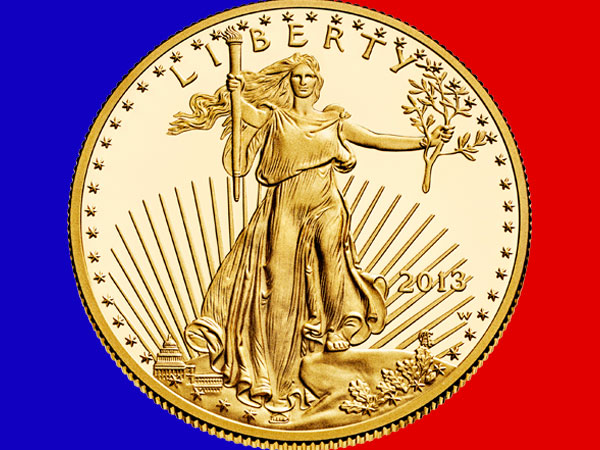 This week, Your News to Know rounds up the latest top stories involving gold and the overall economy. Stories include: U.S. election could be gold’s most powerful driver in the coming months, gold has proven to be the most stable currency over the long term, and Ohio Pension Fund joins the gold market with a 5% allocation.

The Toronto-based Dynamic Precious Metals Fund has had a good year thus far, having beaten out 82% of other funds and gaining 63% since the start of the year. The fund’s outperformance is tied to its heavy focus on gold and silver, as the two metals have both hit new records as of late.

Among the many uncertainties that continue to linger, Dynamic’s portfolio manager Robert Cohen pointed to the coming U.S. election as one that people should watch out for, referring to it as “probably the most contentious U.S. election since the Civil War”.

“I’m not sure how heavily I want to be invested heading into the election,” said Cohen, noting that it could destabilize the markets both during the buildup towards November and in the aftermath. Nonetheless, Cohen sees gold as the one safe bet investors can make for several reasons.

Besides the election, Cohen noted that this year’s issues have exacerbated the sovereign debt problem, both domestically and on a global scale. With trillions of dollars having already been printed by the Federal Reserve, Cohen expects more of this to come as nations around the world turn to money printing as the only viable option to sustain their economies and manage their debt. This will pave the road to currency devaluation and further plummet a historically-unappealing bond market, giving gold plenty of reasons to stick to its upwards trajectory.

Why gold is the most stable currency over longer stretches

As Yahoo Finance contributor Jan Nieuwenhuijs points out, currencies need not by definition be on a constant downwards spiral when it comes to their purchasing power. The condition for this, however, is that they are tied to something with tangible value, such as gold.

In his book titled The Golden Constant, Professor Roy Jastram compiled data from 1650 to 1970, a lengthy stretch where money was intrinsically tied to gold. As the data shows, gold allowed one to purchase roughly the same amount of goods over a period of 320 years. Gold’s shifting value over this period is the perfect example of why the metal has always stood out as the best currency.

Nieuwenhuijs refers to gold as a self-regulating currency, meaning that it moves up and down depending on tangible market dynamics. An increase in mining output would expand the money supply, spike consumer prices and lower gold’s purchasing power. The focus would then shift to the production of consumer goods, declining their price and elevating gold’s as a result, therefore urging miners to produce more gold.

This kind of up-and-down movement that fosters stability has been absent ever since the gold standard was abolished in 1971. While the U.S. dollar and other currencies may rise or fall over the short term, every market watcher knows that their value is invariably heading down over the long-term, as they are being printed on a whim. It is because of this that the greenback has lost 99% of its purchasing power since it started diverting from gold in the 1930s. And, it is also the reason why no central bank wants to part with its multi-ton reserves of gold bullion as its officials continue to expand the supply of free-floating money.

Recent research by Sprott estimated that gold would begin to play a much more prominent role in investors’ portfolios in a shifting economic climate, with the firm’s team stating that investors are likely to start viewing the metal as a necessity against wealth erosion. The latest move by the Ohio Police & Fire Pension Fund shows that portfolio managers are becoming increasingly wary of risks.

In a statement, the OP&F revealed that it would allocate 5% of its $16 billion portfolio into gold, spurred by a recommendation by its investment consultant Wilshire Associates and other factors. “OP&F and Wilshire believe that the addition of gold will give the portfolio a strong diversifier to its growth-oriented investments as well as provide an effective hedge against inflation,” said the statement.

Like Sprott’s team, managing director of RBC Wealth Management George Gero believes that currency erosion is going to take center stage when it comes to portfolio allocation and drive investment in gold.

While OP&F isn’t the only fund to jump into gold as of late, Gero believes that pension funds are going to be particularly keen on protecting themselves against currency devaluation. Gero used the recent comments made by Federal Reserve Chair Jerome Powell, which point to higher inflation, as one example of how the Fed will slowly devalue the U.S. dollar.