Home » Blog » Nichols: When is the Right Time to Back a Portion of Your Savings with Gold? Now.

Nichols: When is the Right Time to Back a Portion of Your Savings with Gold? Now.

With the tumultuous outlook of the global economic future and the many geopolitical uncertainties facing us in the middle east, is now the time to allocate some of your savings to gold? 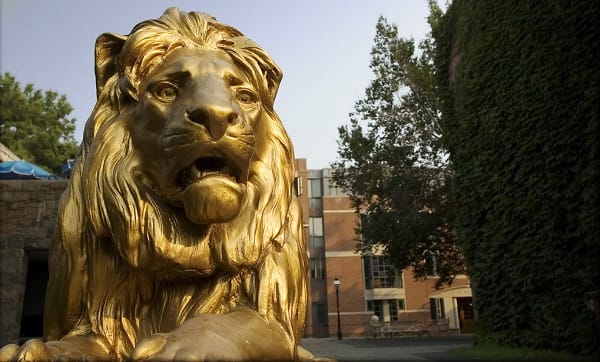 This week in Your News to Know we explore the most relevant news and events in the gold market and the overall economy. Stories this week include: Now is the time to invest in gold, what if mainstream investors discovered gold?, and gold prices continue their recent rise.

Now is the time to invest in gold

Precious metals expert Jeffrey Nichols recently provided his take on why now might be the best time to transfer some of your savings to gold. In his article, Nichols lists several compelling reasons why one might need protection and diversification for their portfolio.

Geopolitical uncertainties, slow growth and even worldwide threats of recession, instabilities in the financial markets and the possibility of a Greek default are all listed as reasons to invest in gold right now. Nichols considers all of these “disaster scenarios”, believing any one of them could make gold a valuable long-term investment.

Any momentary drop in gold’s price in the wake of such events would only make it that much more appealing as an investment, Nichols believes. “Over the long haul, gold is the least risky and potentially most rewarding of all investment asset classes.” From private citizens all the way to central banks, everyone can benefit from gold as an insurance policy from financial difficulties or outright disasters.

Nichols suggests everyone’s “core holdings” – 5 to 10 percent of their investment portfolio – should be held in physical gold under their own personal control, as he finds this to be “the ultimate form of financial insurance”. To further his point, Nichols highlights the cases of several European countries that recently have moved to repatriate their gold reserves, which goes to show the loss in faith in institutions even like the Bank of England.

What would happen if mainstream investors embraced gold’s value?

What if the current money management industry realized the value of gold, and decided to allocate a tiny part of their assets to the yellow metal? DollarCollapse.com’s John Rubino tries to answer this question by quoting a chapter from The Money Bubble, a book he co-authored with John Turk.

Those overseeing the majority of the world’s $100 trillion of wealth – insurance companies and various funds – store almost none of their assets in gold. If any one of these ‘major players’ decided to transfer a small percentage of their holdings, the gold market would experience a tremendous shift.

Right now, pension funds only store a measly chunk of their $30 trillion wealth in gold – about a third of one percent. Should they decide to increase this by even a small amount, it would present a new source of demand that the market might not be able to compete with. Even an increase to just one percent would mean additional demand worth $200 billion, or 4,700 tons of gold.

Pension funds are just an example of such investors, and any one of them buying more gold could change the picture of gold. “Toss in a default by a major metals exchange or an announcement by China that its reserves are actually 4,000 tonnes and it intends to back the yuan with gold and use it instead of the dollar for international trade,” Rubino adds, and the gold/dollar exchange rate would soar.

The price of gold continues its recent rise

Investing.com reported earlier this week that gold has been on a rise for the last couple of days. Before the rise, gold prices were facing an 11-week low in the midst of speculation regarding a U.S. interest rates hike.

The rise in gold’s price could also be a sign of investors’ wariness regarding the eurozone situation. The possibility of a Greek default continues to loom, making the market uneasy as a “Grexit” could devastate the European currency.

Athens recently made propositions of economic reform to the European Commission as the country hopes to get much-needed funding – they already missed a key debt payment to the IMF on Friday. While German Chancellor Angela Merkel warned of there not being much time left to reach an agreement, Greek Prime Minister Alexis Tsipras stated he will only agree to terms that do not involve austere measures like pension cuts, which would plunge Greece further into recession.