Now is the Time to Buy Gold Says Barron’s 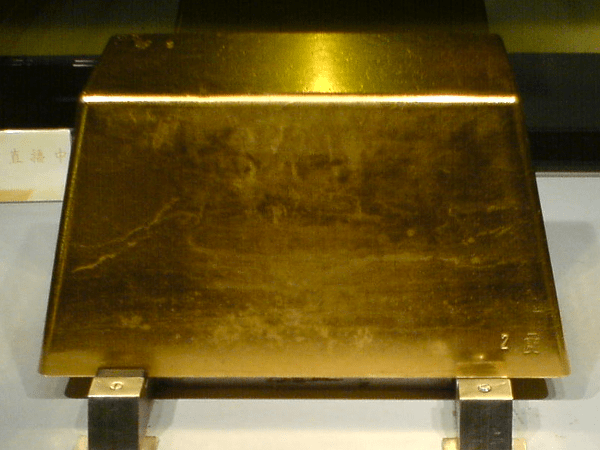 This week, Your News to Know brings you the latest stories involving precious metals. Stories include: Barron’s says it’s time to buy gold, Bank of America sees gold soaring above $1,300, and Indonesians snap up gold as currency and stocks tumble.

Despite persistent faith in the U.S. dollar and assurances that rate hikes will continue into 2019, gold has plenty of room to take back its losses and make new gains, reports an article on Newsmax. Barron’s contributor Andrew Bary notes that gold’s lower prices come at a time when global inflation is bound to go up as governments look to deal with mounting sovereign debt.

According to the article, this makes gold a particularly attractive addition to any portfolio, since the metal is generally seen as the premier hedge against inflation. Pierre Lassonde, chairman and co-founder of Franco-Nevada, underlined gold’s role as protection against a weaker dollar. Should the greenback plunge into the red as it did through much of 2017 and earlier, investors are sure to rediscover their fondness of the value-holding yellow metal.

A new buying spree could rock the metal’s supply, which has dwindled in recent times as mining companies cut back on their capital expenditure. Annual mine production equals less than 2% of the estimated six billion ounces in circulation, worth over $7 trillion.

Some view the recent decision by large speculators to cut back on their exposure to gold as a signal that the metal is scheduled for a rebound. But not all large investors are skittish when it comes to gold, with the recently-formed Shareholders’ Gold Council being a notable example. The group, headed by billionaire fund manager John Paulson, consists of 16 big investors with an interest in restoring the gold sector. The council features such gold bugs as Egyptian billionaire Naguib Sawiris, who recently allocated half of his $5.7 billion net worth into gold.

In an interview with Bloomberg, Bank of America’s head of global commodities and derivatives research Francisco Blanch said that gold will vault over short-term headwinds to average $1,350 an ounce in 2019. Blanch commented on the recent corporate tax cuts, saying that they are bound to put a strain on the U.S. economy by forcing the Treasury to borrow more money.

The Congressional Budget Office predicts that tax cuts will combine with higher federal spending to push the budget deficit over $1 trillion by 2020. The Treasury has already responded to this by lifting sales of government notes and bonds to levels last seen post-crisis.

Billionaire hedge fund manager Ray Dalio issued similar warnings earlier this month, stating that the U.S. economy will weaken within two years’ time on the back of a weaker dollar, brought about by excessive printing. Likewise, Goldman Sachs expects bullion to hit $1,325 an ounce within a year.

While most were expecting another rate hike at the recent Federal Reserve meeting, Blanch said that the Fed’s hiking prospects could be in jeopardy due to rising trade tensions between the U.S. and China. The White House followed through with its plans to impose new tariffs on $200 million of Chinese goods on Monday, a move that Beijing condemned along with threats of retaliation. According to a recent interview, President Trump appears ready to take a hard stance on Chinese imports, saying that another $267 million of Chinese products could face levies in the near future.

Blanch said that trade wars are invariably bad for the U.S. economy and that, sooner or later, Trump’s latest decision will have repercussions. The markets will keep a close eye on signs of concern in Fed rhetoric, as trade worries would dampen the central bank’s optimism, setting the stage for gold’s upturn.

Indonesians snap up gold as local currency and stocks tumble

As Indonesia’s shares and currency plummet amid diminished foreign interest, a recent article on Kitco writes the country’s citizens are turning to physical gold in order to preserve their capital. In contrast to the previous generation’s fondness of jewelry, younger Indonesians have shown a preference for gold ingots and their hunger for bullion has boosted sales of retailers by almost double.

Arie Prabowo Ariotedjo, chief executive of local mining firm Antam, said that the company’s sales jumped to 2.2 tons in July and 2.6 tons in August from a monthly average of 1.1 tons. Ariotedjo added that Antam bumped up this year’s production from 24 to 26 tons due to heightened demand.

Specialized stores and pawnshops are both popular sources of physical gold in the Asian nation. Local gold shop IndoGold has seen a 30% increase year-on-year in the third quarter, while Pegadaian, the country’s largest chain of pawnshops, sold 55 pounds of bullion between August and mid-September. Pegadaian’s finance director Teguh Wahyono said that sales during the period almost matched those between January-July.

In response to the currency tumult, gold priced in the rupiah has risen by 9% in the past year. Aidil Akbar Madjid, head of financial planning firm Aidil Akbar Madjid and Associates, said that the rupiah’s dive, the worst since the 1998 Asian financial crisis, is only the latest in a history of sharp fluctuations. During each of those periods, Indonesians have turned to physical gold as their main line of defense against currency troubles, said Madjid.