Home » Blog » One Guaranteed Outcome For the Next President 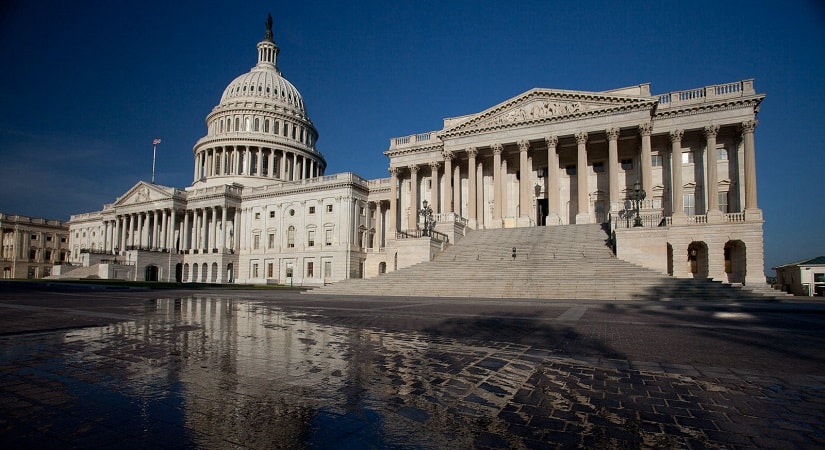 Can 2020 possibly get any crazier than it already is? We ask the question because, at the time of this writing, the next president still hasn’t been declared.

That said, one thing that does seem clear is that both the House and the Senate are going to end up even “tighter” than in Trump’s first term.

This is likely to be true for at least the next four years, even if Republicans don’t gain the House majority.

That “tightness” has consequences. Any economic legislation the next president  might try to get passed has the potential to suffer from gridlock.

And if economic relief bills can’t be passed, that might cause the Fed to get even more involved in supporting the economy.

(And we’ve already seen how the last two years of the Fed led by Jerome Powell has gone.)

In fact, according to a Bloomberg piece, the Fed is hesitating to take action and refraining from any potential shift in policy:

The tightly contested U.S. election puts pressure on the Federal Reserve to deploy even more monetary stimulus to support the economy under a divided government. The central bank is not expected to announce a shift in stance Thursday when Fed officials conclude a two-day meeting in Washington.

According to the same piece: “The Fed is currently purchasing about $80 billion of Treasuries and at least $40 billion of mortgage securities a month to ensure smooth market function and keep financial conditions easy.”

So it looks like they’re trying to keep things from locking up. But any future gridlock in Congress could hamper the Fed’s efforts. That might create anxiety in the markets, which would make things much worse than they already are.

Jonathan Wright, an economics professor at Johns Hopkins University chimed in with a potential impact from Congressional gridlock:

Lack of additional fiscal support would reduce the efficacy of the Fed’s remaining tools… The aim of focusing the central bank’s bond-buying more toward longer-term debt would be to put downward pressure on longer-term interest rates, but they are already sliding due to weaker economic prospects.

To put it simply, the Fed is running out of options, and the ones it has are needed as fast as possible. Gridlock doesn’t help that.

“Slow and Steady” Fed Stimulus Might Hamper the Economy

In a recent Barron’s article, we can see that one of the potential impacts from imminent government gridlock is prevention of any meaningful stimulus:

Looking at both sides of the aisle, we can see more potential impacts of gridlock already showing themselves before the election chaos winds down…

Alec Phillips, economist at Goldman Sachs wrote, “Under a narrow Republican Senate majority, we would expect no major tax increases but also a fiscal stimulus package of less than $1 trillion.”

So the bottom line is, gridlock has the potential to cause more economic problems over the next four years, and it appears likely to happen no matter who is elected.

On top of everything else going on right now, any more snags caused by government gridlock could be the trigger for an economic catastrophe.

A Little Resilience Now Could Pay Off a LOT Later

It’s fairly likely there will be some economic turbulence in the near-term. Over the next four years, things could get even more chaotic if gridlock becomes the natural state of affairs in D.C.

Now is the time to prepare, if you haven’t already, because we don’t know how things will turn out.

There may come a time when you’ll be relieved that you held assets such as physical gold and silver, which can help provide a hedge against the fallout caused by political impasses.