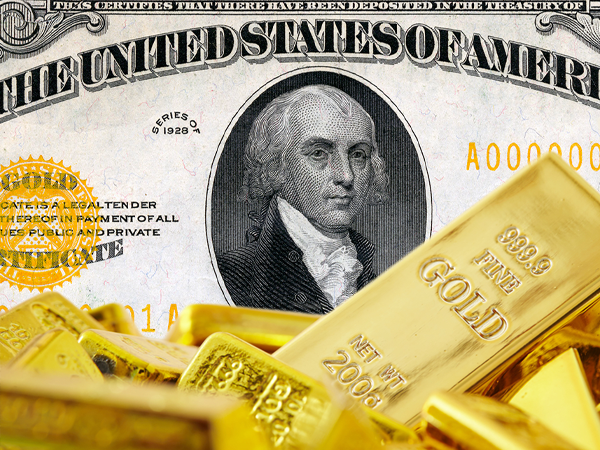 Bull markets are surprisingly stressful. Just as your favorite asset class takes off – when you should be basking in the glow of big capital gains – the chatter starts about an imminent top and how it’s time to start taking money off the table. After all, the last thing you want is to be round-tripped.

That’s the case now with gold as it approaches its all-time U.S. dollar high. So let’s consider what might derail the metal’s latest – and potentially greatest – bull market.

The main possibilities include:

Gold competes with other safe havens like Treasury bonds and bank CDs, which means relative cash flows matter. Gold doesn’t pay interest, and in fact can cost money to store. So back when Treasury bonds yielded 6%, gold was at an extreme disadvantage. Now, however, 10-year Treasuries yield only 0.6%. With the cash flow gap narrowed to virtual irrelevancy, money is pouring into gold.

So rising bond yields might tarnish gold’s luster. But this is so unlikely that it’s barely worth discussing. In today’s over-leveraged world, interest rates returning to their pre-quantitative easing levels would bankrupt most major countries.

This prospect is unthinkable for elected officials, so central banks will create as much new currency and buy up as many outstanding bonds as necessary to hold rates at or below their current levels. Or governments will adopt Modern Monetary Theory (MMT), in which they finance themselves directly with newly created currency, thus abolishing the whole concept of safe haven bonds and leaving precious metals as the last asset standing in the category.

The conclusion: Rising interest rates will not derail the gold bull market.

There’s a general assumption in the investing world that gold and the dollar are inversely correlated, which means a rising dollar would cause gold to fall.

But that’s simply wrong. When financial talking heads refer to a “strong” dollar, they mean relative to other currencies, all of which are fiat – that is, unbacked by anything tangible that limits their supply. Those currencies are all falling in value, just at varying rates. Here’s a long-term chart that shows the dollar more-or-less in the middle of a pack of currencies that have been declining versus gold since the world went full-fiat in 1971.

The conclusion: The dollar may do well versus some of the other fiat currencies, but – with debt, deficits and money creation now shifting into overdrive – it will continue to lose purchasing power versus real things, which means gold will continue to rise in dollar terms. The only question is the speed of its ascent.

This is the one to worry about (but only temporarily). When the broad markets tank, panicked investors tend to throw the undervalued babies out with the overvalued bathwater. In the flash-crash of last March, for instance, plunging stocks dragged gold along for the ride.

So another stock market crash could well derail the gold bull market. But only for a few months, because governments around the world will respond to the next crash as they did to the previous one, with aggressively easy money. Note gold’s dramatic recovery beginning in May of this year, and imagine what it will do if interest rates go negative and government deficits double from here.

As for silver, well, it’s hard not to love it. Currently valued at a historically low 1/100th of the price of gold, it is both fundamentally and historically cheap. If gold keeps rising, silver will rise even more.

So where possible, stop-loss orders and other forms of portfolio insurance make sense to guard against fall-out from an equities-led flash-crash. And cash on hand might be useful for snapping up the resulting gold and silver bargains. But if there was ever a buy-the-dip market for precious metals, today’s fits the description.

John Rubino runs the financial website DollarCollapse.com. He’s the author or co-author of five books on investing, including The Money Bubble: What to Do Before It Pops.