Home » Blog » Outlook for Gold “Hasn’t Looked This Good in a While”, Says Bank of America Strategist

Outlook for Gold “Hasn’t Looked This Good in a While”, Says Bank of America Strategist 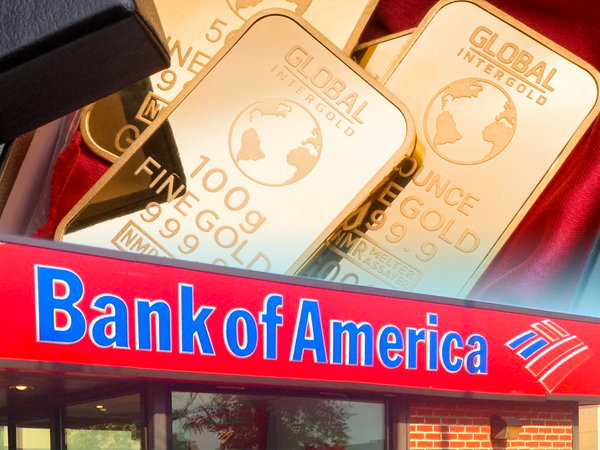 This week, Your News to Know rounds up the latest top stories involving gold and the overall economy. Stories include: Gold could break out above $2,000 in Q3, 5 reasons why gold is primed to go up, and gold as a new currency.

Analyst: Gold is targeting its $1,920 all-time high in Q3 with more upside potential

In a recent note, Bank of America Chief Global FICC Technical Strategist Paul Ciana shared some highly bullish predictions as to where gold is headed over the next few months. From a technical standpoint, Ciana noted that the metal hasn’t looked this good in a while, which was on full display on Wednesday, when gold hit $1,779 for the first time since October 2012.

“The breakout occurring now that is ending Q2 completes an eight week trading range that has resumed higher,” said Ciana, adding that the charts are pointing to a gradual climb to $1,900 and $1,947 in Q3. Ciana expects the metal to try and break out of the $1,790-$1,805 range this week, and if it manages to overcome resistance at $1,800, the all-time high of $1,920 should be the next target in the coming quarter.

Ciana further expanded on the technical picture, stating that the charts are signaling a possible move to $2,000 and that a range of $2,114-$2,296 looks reachable. Concerns over another virus outbreak, renewed trade tensions, low interest rates and a coming U.S. election are some of the main drivers that Ciana highlighted as gold’s fuel.

According to HYCM Chief Currency Analyst Giles Coghlan, the spike in general uncertainty has caused private banks and their high-net-worth clients to take a much more proactive stance in regards to gold investment. Coghlan said that the next few weeks could be marked by volatility, and that a sell-off in equities could adversely affect gold in the short-term similarly to how it did in March. However, Coghlan doesn’t see gold dipping below $1,680 in such a scenario, noting that a move lower would bring about a new wave of buyers.

Gold prices are ready to explode

Gold prices look all but ready to set a new all-time high, and Forbes contributor Naeem Aslam sees plenty of good reasons for that. However, five of them stand out the most in the current climate and are likely to be the most powerful drivers moving forward.

The talked-about second wave of the coronavirus is the first item on Aslam’s list, as he notes that many investors are worried over reports of new virus cases surging in the U.S. and Australia. As Aslam points out, investors will keep a close eye on these developments as economies begin to reopen, and are likely to respond strongly to any flare-up.

In 2019, trade tariffs on European exports were an idea that the Trump administration presented as a possibility, although not much else was said, with the main focus being on China. This has now drastically changed, with President Trump considering the possibility of introducing a levy of up to 100% on imports from the U.K., Spain, France, and Germany, which amount to roughly $3.1 billion in goods.

This ties into a renewal of trade tensions with China, which were very prominent in pushing gold higher over the past year due to China’s role in the global economy. One might say that the U.S.-China trade relations have reached their lowest point, with U.S. trade advisor Peter Navarro seemingly hinting that no trade deal is to be made. Other statements by both countries’ representatives have reinforced the notion and significantly lessened investors’ appetite for risk.

The Federal Reserve’s policy decisions have played a key role in pushing gold higher over the past year, and they rely heavily on various economic data. Therefore, the ongoing influx of disappointing U.S. jobs data is likely to push the Fed to, at the very least, keep interest rates low for a prolonged period of time. The same can be said of the Q2 earnings report, which should be completed sometime soon. Despite the recent recovery in the stock market, both Fed officials and market participants have expressed concerns over how quickly and strongly the economy can get back on track, with no shortage of analysts predicting an incoming recession.

Is gold bracing to re-assume its role as currency?

The trillions of dollars printed over the past few months have renewed talks of a return to the gold standard with perhaps the greatest intensity since it was abolished in 1971. As Economic Times’ Chirag Mehta notes, a global economy with no tangible tether to its currencies rests solely upon the faith in central bankers, and with the unprecedented expansion of money supply, this faith has been running low.

Mehta is among the many to point out that fiat currencies have scarcely lasted very long, as their strength is dependent upon a country’s economic and military strength. When either of these factors begins to crumble, the road to hyperinflation is a quick one, with the rest of the world not particularly eager to place faith in an aura of pessimism.

In the absence of a gold standard, however, Mehta notes that all of the world’s economies have placed themselves on shaky legs, printing massive amounts of money and creating overwhelming deficits and sovereign debts. This has resulted in a broad loss of purchasing power that has become more noticeable with each passing decade.

With so much free-floating money, a return to the gold standard isn’t feasible, as there simply isn’t enough gold to cover the fiat and an attempt to reinstate the tether would expose the malpractices of central banks. Yet Mehta notes that an official return is not necessary at all, as gold has already re-assumed its historic role as currency by protecting investors from wealth erosion. With gold now peaking in just about every domination, it’s clear that the metal is no longer being treated as a mere hedge or an asset, but rather a liquid assurance that one’s material possessions will remain intact regardless of the damage central bankers might cause.