Home » Blog » How American Millionaires Are Outsmarting the Collapsing Economy

How American Millionaires Are Outsmarting the Collapsing Economy 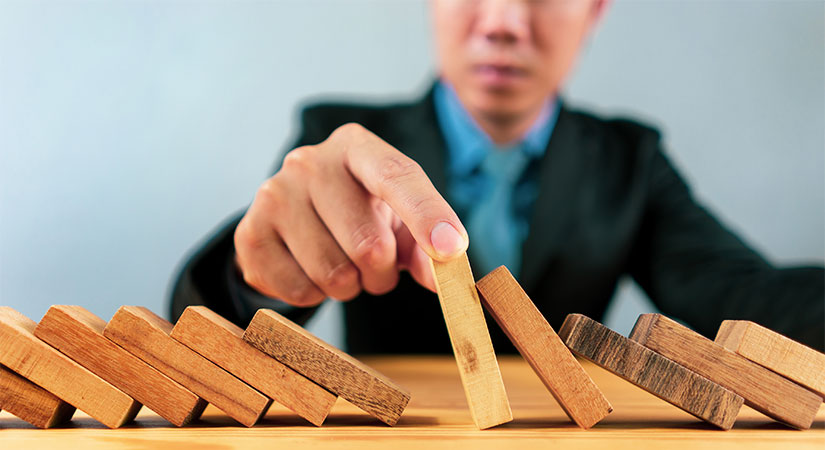 President Joe Biden has made a few public speeches this year in which he has claimed that the economy is in good shape.

For example, in one June appearance on Jimmy Kimmel live he claimed:

He went on to claim success in GDP growth, trade deficit reduction, and unemployment. Like most politicians from both sides of the aisle, his position is more spin than fact.

Case in point: official GDP declined sharply, reversing our economic momentum for the first two quarters of 2022. Fortunately, third-quarter numbers showed a modest recovery. Currently, the consensus among economists for fourth quarter GDP is around 1% — in other words, stagnation at best.

That increase in GDP is more than offset by inflation, however, which has been running 7% or higher since December of 2021. It’s a shame we can’t just compare dollars to dollars, but in a time when last year’s $1 is now officially worth just $0.93, we have to adjust our perspective to align with reality.

On top of that, the trade deficit grew to $78.2 billion. Back in June it was on a declining trend, but in the end, it had only narrowed modestly for about four months. (Not much success to point to there.)

Which brings us to unemployment, the best news there is. Our nation’s official unemployment rate has hovered under 4% since February, matching the pre-Covid panic rate. Optimists call this a win, especially considering unemployment peaked at nearly 15% back in April 2020. Pessimists say this is nothing but a return to the status quo.

Couple that questionable economic track record with President Biden’s underwhelming approval rating, which went negative back in August 2021 and has yet to recover. By “went negative,” I mean a majority of Americans disapproved of his policies.

That’s understandable! Part of the job is to take credit for all positive news and to take blame for all the bad news.

When there’s no positive news? Then the administration’s job is to portray every story in the best possible light.

According to a recent poll by the Wall Street Journal and Impact Research, 65% of voters say the economy is “headed in the wrong direction.”

Financial strain was affecting more than half of respondents, with more suffering on the way if things keep getting worse:

Why does this matter? Remember that consumer spending makes up the majority of our nation’s GDP. If 1/3 of American families are already experiencing “major financial strains,” that’s bad news for the overall economy. It means companies can’t rely on continuation of the credit-card-financed personal spending spree we covered last week – which means lower corporate profits and a general economic slowdown.

Now, personally, I believe that, if you’re reading this, you’re not an “average American.” My readership tends to be more mature, better-educated and more financially successful (median household income is about $71,000) than average Americans.

So these general polls might not reflect your experience of the economy.

For a better representation of your perspective, let’s see how millionaires are feeling about next year’s economic prospects…

Millionaires “betting on double-digit declines” in 2023

Millionaires own 89.5% of all stocks – that’s why what they think matters. They move markets. That’s an excellent reason to take heed of their thoughts.

Among millionaires polled, more than half expect the S&P 500 to tumble again in 2023, like it did from January to October of this year (that was a 25% drop):

Millionaire investors are betting on double-digit declines in stocks next year, reflecting their most bearish outlook since 2008, according to the CNBC Millionaire Survey…

They also expect falling equities to reduce their wealth. When asked about the biggest risk to their personal wealth over the next year, the largest number (28%) said the stock market.

The article also highlighted one other notable fact: “The last time millionaire investors were this gloomy was during the [2007-08] financial crisis and Great Recession.”

If you were investing for your future during that dark time, I don’t need to remind you how brutal it was.

If you weren’t? The S&P 500 lost about 50% of its value, and millions of families watched their financial futures burn to ashes before their very eyes. (From 2007-2011, while stocks were approximately flat, gold more than doubled in price.)

Right now you might be thinking: “What are alternative ways to save during an economic crisis?”

That poll we just discussed had one answer:

Many millionaires are holding cash and planning to stay on the sidelines, at least for the foreseeable future. Nearly half (46%) of millionaire investors have more cash in their portfolio than last year, with 17% holding “a lot more.”

That’s why so many millionaires own physical precious metals.

Then, the next logical question any reasonable person might ponder would be: What makes precious metals like gold and silver such a popular choice among millionaires?

A brief summary of the top reasons high-net-worth individuals own precious metals:

Let me close with a quote from Ray Dalio, founder of the world’s top hedge fund:

“If you don’t own gold, you know neither history nor economics.”

Fortunately, you don’t need to learn history or economics to own gold and silver! Everything you need to know is covered in this free information kit, so you can decide whether doing what millionaires do would be a smart decision for you and your family.