Home » Blog » Analyst: Gold to Turn Positive Because of This Overlooked Factor

Analyst: Gold to Turn Positive Because of This Overlooked Factor 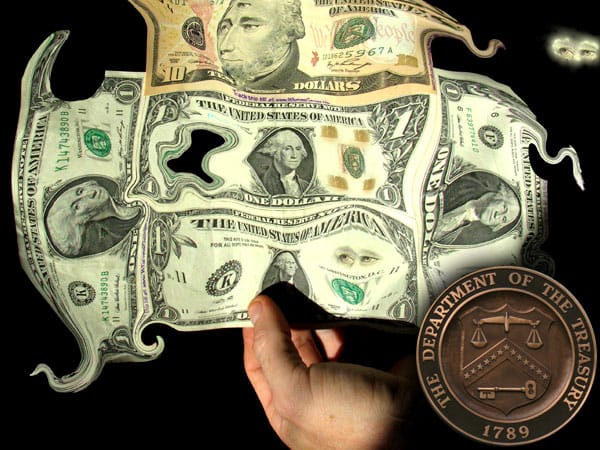 This week, Your News to Know brings you the top stories involving gold and the overall economy. Stories include: The overlooked factor that may turn gold turn positive, gold miners are running out of the metal, and new Islamic finance standards spur development of gold and silver products.

Gold to turn positive because of this overlooked factor, says this analyst

With a strengthening dollar and rising yields, many are giving gold a negative forecast for 2017. One analyst, however, believes that the metal will do just fine because everyone is ignoring the elephant in the room: an outstanding Treasury debt that will blow up due to rising yields.

Tom Kendall, head of precious metals strategy for ICBC Standard Bank, acknowledges that gold will see little love by many in the first few weeks of Trump’s presidency. However, Kendall believes “the current reflationary exuberance”, or a revival of the belief in the U.S. economy, will be short-lived once everyone is reminded of the ever-growing Federal debt.

“However, since that August report was released yields on 5 to 7 year Treasuries have increased by around 80 basis points, most of which has come since the US election,” explained Kendall. “If we apply an 80bps increase to the CBO’s net interest forecasts and keep the other variables unchanged, then by 2026 the Treasury would be paying an additional $185 billion in interest annually.”

With this in mind, Kendall expects everyone to sober up by the first quarter of 2017, which is when the yellow metal could be slated for a leg up. “Discussions about the lifting the debt ceiling beyond $20 trillion will then begin in earnest,” said Kendall. “Disappointment on the growth front coupled with rising interest costs and fractious negotiations on the debt ceiling could well result in a more bullish environment for gold.”

Five reasons why gold miners are running out of the metal

Despite gold’s roller coaster year, everyone seems to agree on one thing: mining the metal is not only becoming less and less profitable, but also increasingly difficult. In a recent report, Bloomberg’s analysts outlined five reasons why gold miners are running out of the metal:

#1: Dwindling discoveries. Despite a ten-fold increase in producers’ exploration budgets in the decade leading up to 2012, new finds are in a severe decline – the amount of gold discovered in 2015 is 85% less compared to 2006.

#2: Cuts to capital expenditure. In order to deal with gold’s plunge from its 2011 peak, miners have had to significantly cut down costs, shortening the lifespan of many mines and lacking the resources needed to build infrastructure for new ones.

#3: Falling reserves. Fewer discoveries, shortened mine lives and a lower gold price have all combined to shrink the amount of known metal that’s economically worth mining – the reserves of major gold miners are down by as much as 40% since 2011.

#4: Supply crunch incoming. With BMO Capital Markets forecasting that production will peak in 2019 and keep falling through at least 2025, some, like Randgold CEO Mark Bristow, are expecting a supply glut in the coming years.

#5: Corporate buyouts. Due to the industry facing a tougher production future, many large miners are buying smaller ones in order to re-establish their reserves, resulting in fewer mining companies overall.

Up until recently, trading gold and silver products in the Islamic world was difficult because the religious implications of such deals were unclear. But with the Bahrain-based Accounting and Auditing Organization for Islamic Financial Institutions (AAOIFI) recently issuing a sharia-approved gold trading standard, Islamic financial firms around the world are already making greater use of the precious metals.

One of them is Toronto-based Bullion Management Group, which manages $348 million in assets. The group recently launched a silver fund that will fully adhere to AAOIFI guidelines, in particular those that state transactions must be fully backed by bullion and settled on the same day.

The Dubai Multi Commodities Centre also announced this month that it will be partnering with Turkey’s Borsa Istanbul to develop a sharia-compliant precious metals platform.

Furthermore, Malaysia-based HelloGold launched a sharia-compliant online platform for purchasing gold, partnering with Asian retailer Aeon Credit Service to offer the product to Aeon’s 20,000 employees in Malaysia with plans to extend this to Aeon’s 4.5 million customers by February.

“We expect to sell about 10,000 ounces of sharia-compliant gold by the end of next year,” said HelloGold CEO Robin Lee, also stating that his firm is planning to enter Indonesia, the Philippines and Thailand next year and China by 2019.