Legendary Investor Urges People to Own Gold Amid Cyber-Terrorism 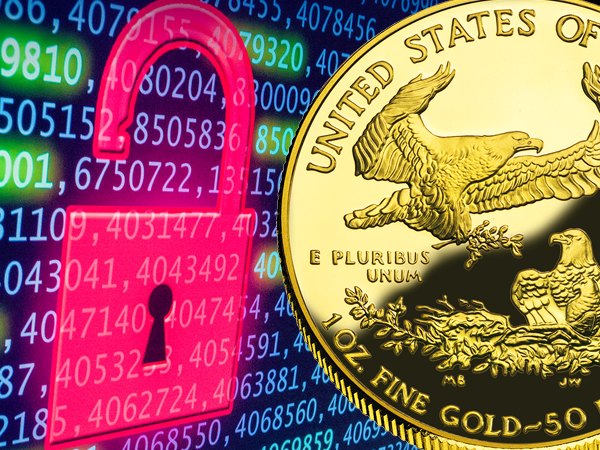 This week, Your News to Know rounds up the top stories involving the gold market and the overall economy. Stories include: Every investor must own gold in the age of cyber-terrorism, hold gold because “black swans” are lining up, and gold was chemically destined to be money all along.

In the age of cyber-terrorism, every investor must own gold

In a recent interview, Marc Faber offered a somewhat unique take on what the next great terror threat will be, and what it means for gold.

Faber doesn’t find an all-out attack on the U.S. likely. Instead, he believes that cyber-terrorism is the real threat, arguing that scenarios such as a complete shutdown of the U.S. power grid should be given more and more weight as many countries now employ large teams of hackers for offensive purposes.

In such an event, Faber asserts that physical gold would quickly rise above all other assets, with digital currencies such as Bitcoin being susceptible to these threats. As compelling of an argument as this is, the publisher of the “Gloom, Boom & Doom Report” also sees rising inflation as an equally strong case for owning gold bullion.

Faber’s history of growing up in the financially-unstable post-WW2 Europe showed him that people can have their assets, especially currency, devalued overnight. Despite what the CPI might have us believe, he asserts that the cost of living is going up sharply and there’s no end in sight for the rampant money printing by central banks. He states that since 50% of Americans have no assets, money printing and the resulting loss of the dollar’s purchasing power only ends up benefiting the 0.01%.

Faber implies that the safest way to protect one’s wealth against both of these threats is to diversify one’s portfolio with a steady allocation towards gold. “Then you can hope when the hour of truth occurs, you will only lose, say, 50% of your assets, but your neighbor loses everything. So relatively speaking, you will have done very well.”

Expert says: Hold gold because many “black swans” are lining up

Gold has once again established itself as the safe-haven asset to own amid political tensions in the U.S. and geopolitical threats from around the world. Yet one expert believes that the metal stands to gain even more due to a large number of “black swan” events lining up.

“One always wants to have some gold and I think particularly now in troubled times. There’s so many potential black swans that could enter the scene so you want to hold gold as an investor right now,” says Steve Hanke, professor of Applied Economics at Johns Hopkins University.

While gold briefly passed the $1,300 mark on Friday, Hanke says that the metal can reach $1,400 should several geopolitical accidents happen in succession. The metal’s rise was aided by issues in the stock market, which is on track to post its worst month since last October.

Some investors are looking at the Federal Reserve in hopes of an economic recovery, but Hanke isn’t putting too much faith in the central bank.

“The Fed is on the wrong course. They shouldn’t be looking at interest rates in the first place, they should be looking at the money supply. They could make a mistake by reducing their balance sheet,” he explained. “Governments are completely lost, they still haven’t diagnosed the Great Recession properly…they have contributed massively to the slow recovery we’ve had.”

Gold was chemically destined to be money all along

Scientists are constantly finding new medical and technological uses for gold, but Forbes contributor Frank Holmes makes a more primal argument for the yellow metal as money. To him, gold’s properties over other naturally-occurring substances – aside from its renowned beauty – make it the best possible choice for use as currency.

As Andrea Sella, a professor of chemistry at University College London, pointed out in a 2013 interview, gold emerges as the clear choice for conversion into money out of the 118 elements on the periodic table. Convenience of distribution and safety eliminate over half of the entries from the list, leaving 49 possible candidates to choose from, all metals.

Many of those metals, Holmes notes, are either too abundant, too scarce, too hard or too flimsy to be considered for coinage. Gold and silver are the only two fulfilling every requirement for a valuable means of trade, yet gold still holds a notable advantage over silver – its chemical inertness.

Being nonreactive to air and water, gold is the ideal store of wealth as it doesn’t tarnish, a feat not even silver can boast. And now that world currencies are no longer linked to anything tangible for the first time in human history, the case for owning gold seems stronger than ever.

Because fiat currency is in free-float, world debt has soared to immense highs and multiple nations have seen the value of their currency eliminated. The denizens of these countries lost everything unless they allocated a portion of their wealth to a real asset such as gold. To Holmes, this reinforces his long-repeated advice of having 10% of your portfolio in gold as he quotes former Fed Chairman Alan Greenspan’s opinion on the metal.

“I view gold as the primary global currency,” Greenspan told the World Gold Council for the 2017 winter edition of its Gold Investor publication. “It is the only currency, along with silver, that does not require a counterparty signature. Gold, however, has always been far more valuable per ounce than silver. No one refuses gold as payment to discharge an obligation. Credit instruments and fiat currency depend on the credit worthiness of a counterparty. Gold, along with silver, is one of the only currencies that has an intrinsic value. It has always been that way. No one questions its value, and it has always been a valuable commodity, first coined in Asia Minor in 600 BC.”