Pakistan’s Anger at Trump’s Tweet Results in Major Blow to the U.S. Dollar 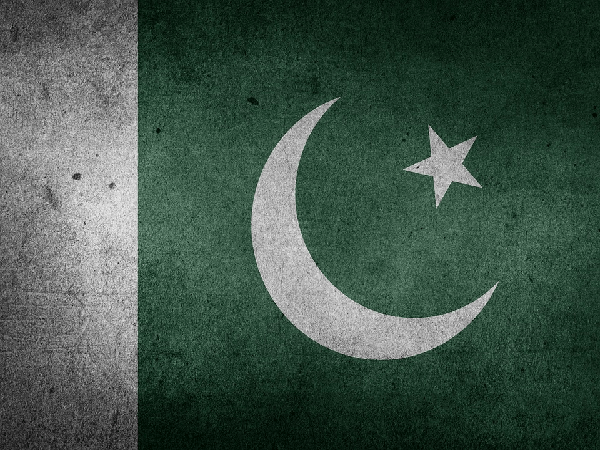 Pakistan has decided to turn its back on the U.S. dollar in favor of the Chinese yuan. This came in response to a “tweet” made by President Trump on New Year’s Day, in which he said the U.S. would no longer send billions of dollars in aid to Pakistan.

The United States has foolishly given Pakistan more than 33 billion dollars in aid over the last 15 years, and they have given us nothing but lies & deceit, thinking of our leaders as fools. They give safe haven to the terrorists we hunt in Afghanistan, with little help. No more!

Pakistan was clearly upset because the next day, the Middle East nation cemented its allegiance to China as its central bank announced plans to use the yuan as its currency of choice for bilateral trade and investment with China.

Relations between the United States and Pakistan have been tense the last few years with Pakistan alleged to be supporting Haqqani network militants who are allied with the Afghan Taliban.

U.S. intelligence believe senior Afghan Taliban commanders are taking refuge in the country. Two prominent terrorists have been killed in the country in recent years: Mullah Mansour in 2016, who was then the leader of the Taliban, and Osama bin Laden in 2011. This is all despite Pakistan receiving over $33 billion in U.S. aid over the last 15 years.

As a response, Washington has threatened to cut aid to Pakistan if it doesn’t stop harboring terrorist activity – like the Haqqani network militants who carry out cross-border attacks in Afghanistan. A U.S. National Security Council official on Monday said “the administration continues to review Pakistan’s level of cooperation” and is withholding $255 million in aid.

However, the threat of cutting aid isn’t giving Pakistan much cause for concern. Its powerful neighbor to the east is already pumping billions of dollars into the country. Islamabad is home to the China-Pakistan Economic Corridor – a $57 billion land and sea project funded by the Chinese government.

Commenting on China’s growing dominance in the region, Madiha Afzal, a nonresident fellow at Brookings, said in a recent note:

Pakistan balks far less at reductions in American aid, which, as the former points out, has dwindled in recent years anyway. China, on the other hand, has promised Pakistan $57 billion in investments on infrastructure and energy under its Belt and Road Initiative.

China has really gone hard in cementing its existing relationship with Pakistan, it’s really the only place that’s seen significant investment under the Belt and Road initiative and China has been pushing for geopolitical advantage there.

In fact, the same day of Trump’s Tweet, Chinese Foreign Ministry spokesman Geng Shuang showed his solidarity by jumping to Pakistan’s defense, saying the country “made great efforts and sacrifices for combating terrorism,” telling the international community to “fully recognize this.”

The Rise of the Yuan

Tensions between the U.S. and Pakistan have given China yet another opportunity to dethrone the greenback as more and more countries are turning to the yuan as their reserve currency.

In June 2015, China dealt the dollar its first major blow when Russia’s third largest oil producer, Gazprom, announced it would settle all crude sales with China in yuan, effectively eliminating the dollar from its transactions.

As we reported a few months back, last year China took things to the next level by trying to do the same thing with Saudi Arabia — the world’s second largest oil-producing nation.

Being the world’s largest oil consuming nation, China has a lot of weight at the negotiation table. If it strikes a deal with Saudi Arabia to trade oil in petroyuans, then it could mean the end of the U.S. dollar’s hegemony.

Gold to Be a Major Player in Monetary Policy

To make their currency more appealing, China is backing the petroyuan with gold – adding further doubt to the dollar’s future as the world’s number one reserve currency.

The petroyuan being gold-backed compared to the dollar, which is treasury-backed, is much more attractive to exporters. And as more and more countries start trading with the yuan, gold prices could quite possibly increase.

With the dollar already having decreased in value last year, China’s efforts to make the yuan the world’s most dominant currency will see the dollar’s value dwindle even further.

This could be the start of the biggest loss of U.S. wealth in modern times. However, times of difficulty also bring times of opportunity. As history has shown, when the value of the dollar goes down, the price of gold goes up.

This means gold investors could benefit handsomely from this situation. And it’s not just the devaluation of the dollar which is suiting the price of gold. China’s investment in the yellow metal, in an attempt to negate exporters’ fears, is also boosting gold prices.

With major trends in gold’s favor, now would be a prime opportunity to invest in the yellow metal.