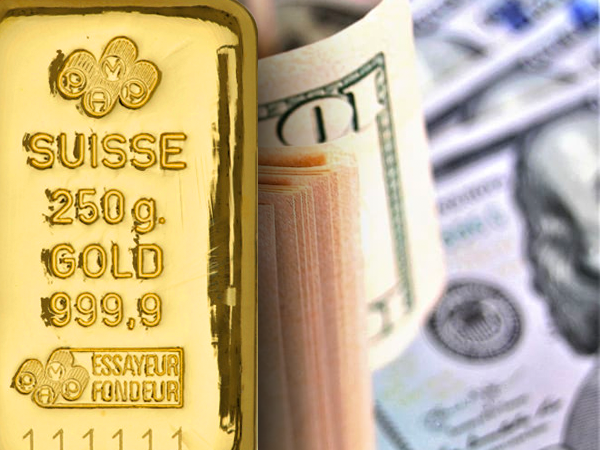 This week, Your News to Know rounds up the latest top stories involving gold and the overall economy. Stories include: Institutions will be the drivers of gold demand, Ray Dalio issues warning about the greenback, and silver believers could soon be rewarded.

As Egon von Greyerz notes via ZeroHedge, uncertainty has been the theme across the board this year, and it is unlikely to dissipate any time soon. von Greyerz believes that the uncertainty is tied to the end of a cycle, and while the full timeline of the cycle isn’t entirely clear, its social and economic aspects are directly tied to the abolishment of the gold standard in 1971.

This accelerated the precarious path that the Federal Reserve set for the U.S. when it was created in 1913, one of perpetually expanding debt and an economy based on faith. That there is no solution to the debt issue has been painfully demonstrated by various administrations. The Clinton administration from 1998-2001 and the current Trump administration have been among the most vocal regarding the issue, yet neither has been able to prevent the U.S. national debt from roughly doubling every 8 years.

von Greyerz sees central banks as being on exceptionally shaky grounds, as the aforementioned untethering started the fall of fiat currencies. Most of them have lost around 85% against gold since 2000, and all of them have lost upwards of 97% of their value since 1971. While the U.S. dollar stands out as exceptionally long-lasting, von Greyerz sees economic factors that are beginning to threaten it.

Paper money and faith are intrinsically tied to gold and demand for it. It’s well-known that institutions have begun entering the gold market this year in good part due to inflationary concerns, which is raising the issue of availability. Currently, there are only 43,000 tons of gold available for investment, with the struggling mining industry excavating around 3,000 tons of gold annually from the remaining 54,000 tons available underground.

This sheds light on the so-called paper gold market, which claims 100x-300x more availability of gold than is actually the case. To von Greyerz, it’s clear that an inflow of private and institutional demand will push gold prices to previously-unimaginable levels once investors begin to request proof of reserves, and in doing so causing the collapse of faith-based paper gold.

Ray Dalio, manager of the top-performing Bridgewater Associates fund and a long-time advocate of gold, has joined the growing group of finance experts whom are voicing concerns about the greenback’s status as the global reserve currency. The Federal Reserve’s multi-trillion stimulus has weakened the U.S. dollar against other major currencies, and the near-doubling of its balance sheet and promises of higher inflation sent gold flying to a high of $2,051 in August.

The Fed could be troubled even further by the bond market, explained Dalio. While Treasuries are nowhere near the dismal status of other sovereign bonds, real yields in the U.S. have already dipped into negative territory. This, says Dalio, could lock the Fed in a spiral where the central bank is forced to buy back bonds from dissatisfied debt holders in order to prop up the economy.

And while the U.S. dollar has weakened, it’s not other currencies that will necessarily benefit from it. As Dalio points out, all fiat money suffers from the same underlying problem, and that will drive investors to seek more reliable stores of wealth.

One of these comes in the form of gold, which Dalio expects to steadily continue on its upwards trajectory. According to prominent analysts, however, the move up could be more explosive than expected. E.B. Tucker, director of Metalla Royalty and Streaming, recently told TheStreet that gold will hit $2,500 by year’s end. Similarly, Bank of America set an 18-month price forecast for gold at $3,000 in April.

The real payoff for holding silver could be nearing

Long-time silver holders have had quite a ride. Since nearing $50 in 2011, the metal fell to a bottom of $12 in March before shooting up to $29 in August, amounting to a 140% climb in just 4 months. As Kitco’s Peter Krauth points out, massive jumps such as these are far from uncommon in the silver market, and several underlying factors suggest that there are more of them to come in the near future.

With precious metals poised to the upside, Krauth examined silver’s performance over similar stretches in the past. Precious metals have had six major runs since 1967, and silver outperformed gold in five of those. Despite the metal’s often-cited utility as a key industrial component, Krauth prefers to focus on silver’s monetary role and expects it to be the true driver of price gains.

The Annual World Silver Survey by the Silver Institute showed that investment demand for silver rose by 12% in 2019 compared to the previous year. Likewise, the Silver Institute reported that investors bought 10% more silver in the first half of this year compared to the first half of 2019, pointing to a pervasive trend of increasing interest in the metal.

The heightened demand is likely to be challenged by supply restrictions. Estimates show that only 6% of above-ground silver is available for investment in the form of coins and bars, and that only 28.7% of newly-mined silver comes from primary mines, while the rest is made available as a byproduct. This means that, unlike in gold’s case, silver miners can’t simply ramp up production when silver prices go up. This, along with rampant money printing and broad uncertainties, drives Krauth to believe that silver is likely to pass the $37 mark before the end of the year and continue along the same path.