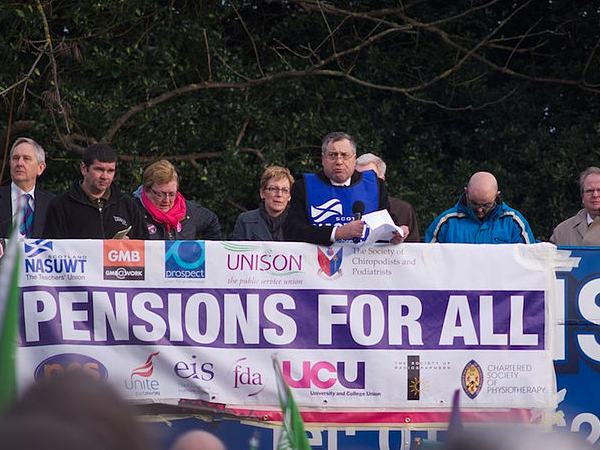 Public and private pensions are in trouble. There needs to be a major overhaul to the way pensions are operated or they will likely go extinct.

Worldwide, pensions are piling up debt towards the $400 trillion level. Corporate pensions are suffering as well, with large companies considering whether or not to pull the plug on their programs.

Now it appears the alleged mismanagement of pension funds has resulted in legal action against pension programs.

The complaint filed today alleges the Deerfield-based retailer breached its fiduciary duties when a collection of ten target retirement funds failed to match industry benchmarks over the last decade. More than $3 billion was invested in those ten plans managed by Northern Trust, and Walgreens retained Northern despite years of underperformance, the suit details.

The lawsuit filing outlined one example of how Walgreen’s kept a fund despite its underperformance:

In 2013, they loaded the plan with a suite of poorly performing funds called the Northern Trust Focus Target Retirement Trusts (“Northern Trust Funds” or “the Funds”). Walgreen Defendants kept these Funds throughout the Class Period despite their continued underperformance.

Regardless of how this legal action against Walgreens turns out, the question remains, how many other pension plans are being managed suspiciously?

Walgreens isn’t the only corporation facing legal problems. U.S. Bank was recently sued by former and current employees in a Minnesota district court for making overly-risky investments, according to a Star Tribune article:

The bank had a risky investment strategy of putting money solely into stocks, causing the plan to drop more than $1 billion in 2008, according to the complaints filed in the lawsuit.

Once the suit was filed and got to court the company “put several hundred million dollars back into the plan and overfunded it.” This raises the question:

According to the same article, the overfunded pension got the lawsuit dismissed as “moot” by U.S. District Judge Joan Erickson.

Unsatisfied, the plaintiffs took the issue to the U.S. Supreme Court and found a sympathetic ear in Solicitor General Noel Francisco, who in a written statement said the District Courts have “decided the issue incorrectly.”

The U.S. Supreme Court will hear the case in Fall 2019. A win could open doors for further litigation over mismanaged pensions.

Now is the time to ask yourself: What if the pension “house of cards” comes tumbling down as a result of lawsuits, legislation, and mismanagement?

And don’t forget, even if you don’t have a pension, this could still affect your retirement.

A good place to start “leveling the playing field” would be by taking back control of your own portfolio. Consider putting your financial assets where they can go to work for you, and not towards failing pension programs, bankers’ pockets, and the IRS. Assets such as physical gold and silver that are known for their security and growth potential during times of uncertainty are a strategic way you can take back control.