Home » Blog » Pension Plans Heading the Way of the Dodo. What’s Your Plan B?

Pension Plans Heading the Way of the Dodo. What’s Your Plan B? 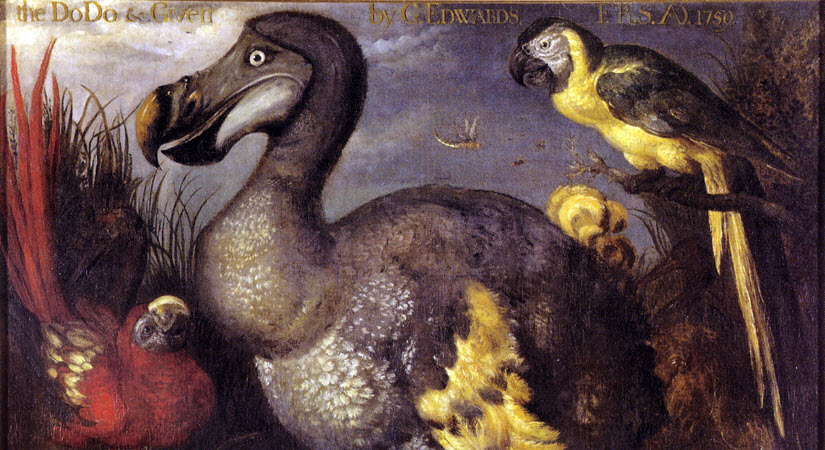 The flightless dodo bird went extinct around 1662 after 23 million years of existence. Looks like pension plans, both public and private, are heading for the same outcome.

At least 185 union pension plans needed a bailout from the COVID-19 stimulus in order to stay afloat. (Corporate pensions were in trouble, too).

The latest comprehensive information available from Pew Trust on state pension funding revealed that those programs were already having serious issues already in 2018 (see map below): 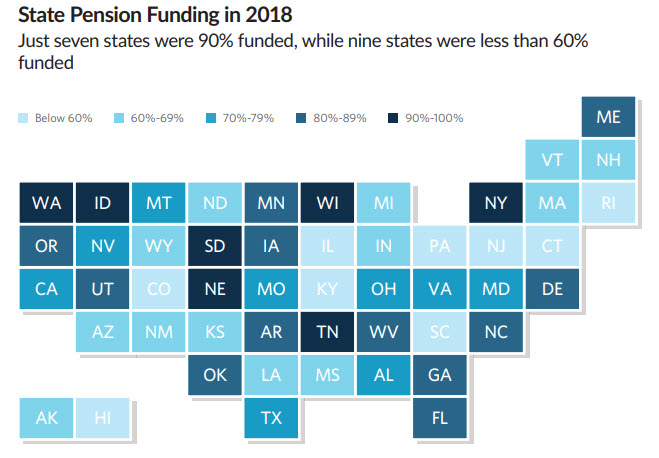 An attempt to explain why the funding gap might improve was also given in the report: “if plans achieve their investment return targets ‑ currently averaging 7.2% ‑ half of states will continue to reduce pension debt and improve funding levels.”

Then the COVID-19 pandemic happened, and things got even worse.

Here are some highlights from Pew Trusts update on the situation in 2021:

But hang on a moment ‑ the markets are up, right? The recession is over and everything’s going to be okay? Well…

Despite the recent recovery in investment markets, an analysis by Pew this summer estimated that the 50-state pension funding gap had risen at that point to close to $1.4 trillion, a historic high.

Hanging any retirement saver’s financial future on “if plans achieve their targets” is dicey at best. (Especially when those return targets never seem to be reached.) doesn’t seem to be a good idea at all. The Fed’s enthusiasm for near-zero interest rates certainly doesn’t help, considering bonds account for 25% of pension fund assets.

It also doesn’t help that desperate state governments will even “rob” the public in order to account for public pension shortfalls.

Like in 2018, when Philadelphia placed liens on some property owners who were a little delinquent on their gas bill from Philadelphia Gas Works (without notifying the owner), in order to vacuum up funds to pay pensions, among other things.

How are states responding this time? As you might expect, mostly by kicking the can down the road.

Oklahoma took the Federal Reserve-inspired approach of reducing pension payments with “the reduction to be repaid between 2023-2027.” That’s pretty much the definition of kicking the can.

This year, USA Today hinted at a near-term “end” for corporate pensions:

Nearly two-thirds of pension funds are considering dropping guaranteed benefits to new workers within the next five years. Despite gains in the stock market this year, U.S. pension plans are near their worst financial state in two years.

Bottom line, the outlook for both public and private pension plans is grim.

Is There a Simple Way Forward for Pension Holders?

As Employee Benefit News pointed out, traditional options like pension plans simply aren’t “cutting the mustard” anymore. That’s no surprise, given their shortfalls and their ambitious expectations for return on investment we illustrated above.

Non-pension options for retirement saving were scarce until the 1980s, when 401(k) plans started becoming popular. Way back then, it made sense for savers to stay in pensions. The same way it made sense for dodos to carry on with business as usual. But now times have changed… Pension plans, already underfunded, consistently fail to meet their return-on-investment targets. (Shiploads of hungry sailors have discovered Mauritius and wade ashore, eager to sample the local cuisine…)

In addition to home equity, stocks, and bonds, a 401(k) plan is certainly a viable vehicle to consider. And now might be a good time to do so because pensions are on their way out:

Not only has the guaranteed security of pensions been attacked, but I fear that we’ve hit a critical point of no return. 401Ks are now so ingrained in our culture that pensions are viewed as a Jurassic, boring old benefit of yesteryear.

Now is the time to educate yourself about all of your options.

You Can Also Consider This for Your “Transition Plan”

Granted, if a pension plan extinction does happen, it won’t happen overnight. That means you still have time to consider your options and prepare.

But most Americans don’t have a retirement security “transition plan” to protect them if their promised pension plan payments disappear. Don’t let that be you.

Learn about the variety of retirement plans available. In addition, you can also consider diversifying into a Precious Metals IRA. This special retirement account preserves your ability to invest in stocks, bonds, mutual funds, ETFs and other paper assets and adds the stability and reliability of physical precious metals like gold and silver to your savings.