Will Pensions Derail the Trump Rally in 2017? 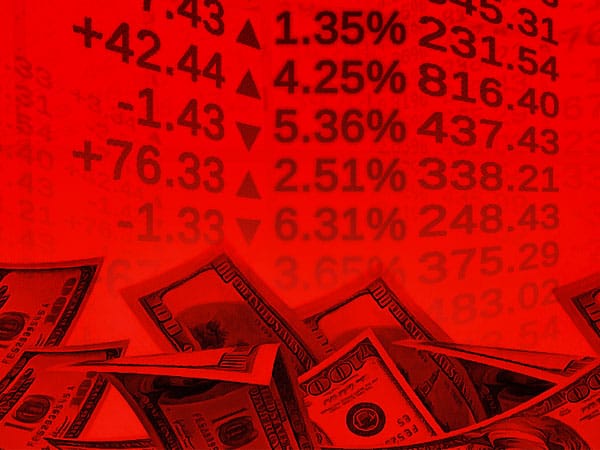 In the weeks following Trump’s unexpected election win, markets have soared. But some market watchers are starting to fear the “Trump rally” could be nearing its end.

They see one big indicator in trading activity that suggests a major shift might be coming soon. Plus, when pension funds move to rebalance their assets over the next few weeks, it could throw a wrench into the market’s current winning streak.

Even during big market rallies spurred by prolonged buying streaks, there’s still typically a healthy amount of selling activity too. It’s just part of the market’s natural balance. The interesting thing about the Trump rally, however, is how it stands as an exception to that rule.

In the last two months, there have been record-setting levels of buying in equity markets. The weird part is that there isn’t any selling going on in the background. Even Trump’s new special advisor on regulation, Carl Icahn, has noted this, saying that “nobody is selling” — and it’s making him a little nervous.

So far, there hasn’t been any selling activity to test just how strong the rally actually is. Nobody knows how quickly it could reverse into a free fall when sellers start re-entering the market.

Which leads to the next piece of the puzzle: while a selloff sparked by private savers might not be an immediate threat, the expected selling activity from mandatory pension rebalancing in January could be dangerous.

Pension Rebalancing and Why It Matters

Pensions and other funds like them are required to hold a certain ratio of different investments to maintain diversity in their portfolios and safeguard their beneficiaries. They have to respond to market activity and “rebalance” every quarter to get back to an appropriate spread of stocks, bonds, and other assets.

For example, imagine a pension is obligated to allocate 30% of its assets in stocks and 70% in bonds. Over the course of a quarter, if stocks take off and bonds slow down, the pension may be left them with 40% in stocks and 60% in bonds. So after the quarter ends, the pension will sell off 10% of its stocks in order to get back to its mandated portfolio allocation.

Why the “Morning After” on Jan. 1 Could Hurt Worse Than Usual

Once the clock strikes midnight on New Year’s Eve, a new and powerful selling force will enter the market in the form of pension rebalancing.

Since the last quarter of 2016 was such a boon for stocks, pensions may be looking to unload a sizeable chunk of their winning investments to restore equilibrium to their portfolios, resulting in big stock selling and bond buying. And that surge may throw the whole market into a tailspin.

With the S&P 500 up more than 3% this month and 5% this quarter, Lin estimates that rotation out of domestic U.S. equities would be one of the largest on record. He estimates that pension funds that have to do monthly and quarterly rebalancing would have to sell some $38 billion of U.S. stocks to get to prior asset allocations by year end.

Put simply, we could be approaching one of the biggest equity sell-offs in recent history, and it would be fueled in large part by pension rebalancing.

Assuming Lin and other analysts are correct in their assumption that pensions will halt the current rally with major stock selling in January, there’s another important question to consider: What will people do when they see the facade start to crumble?

If history is any indication, it’s quite possible that they’ll panic and start a selling streak of their own, thus sending the market down even further.

So, aside from near-zero yield savings accounts, where can you put your savings to protect it from any possible drops in the market? One of the best answers is a real asset with tangible value – and some of the most reliable are precious metals like gold, which oftentimes thrive during market crises.

If you’re interested in preparing your nest egg to weather whatever storms are approaching in 2017, it could be wise to put an appropriate portion of it into gold as soon as you can.