As central banks around the world take more desperate measures to help their economies, one notable organization believes gold could soar. 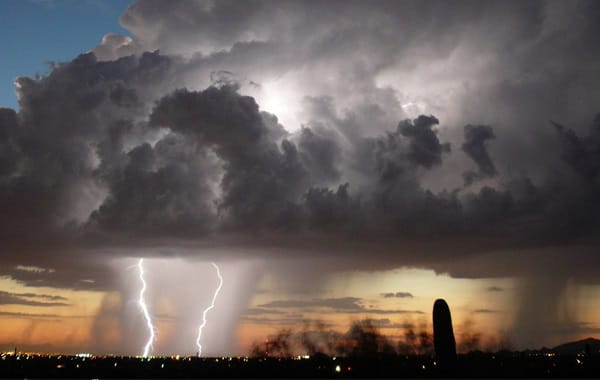 This week, Your News to Know rounds up the latest happenings in the world of finance and the gold market. Stories include: Gold will benefit from a brewing economic storm, the recent missteps of gold bears, and what Trump voters and gold buyers might have in common.

A brewing economic storm is turning gold into the perfect trade
According to the latest World Gold Council (WGC) monthly report, gold is poised to benefit from a perfect storm that is being stirred in the global economy. As reported by MarketWatch’s Barbara Kollmeyer, a recent 10-year bond auction by the Japanese government saw a lukewarm response by investors; analysts from the WGC have interpreted this as investors losing faith in “unconventional monetary policies”.

Other examples of questionable central bank interference involve stimulus expansion by the European Central Bank as well as rate cutting and asset buying by the Bank of England – both are seen as greatly beneficial for the yellow metal.

Indeed, the WGC noted that while some Americans are keen to expose themselves to high-risk investment options, they do so while using gold as a safety measure. “In this environment, we believe investors are using gold to hedge portfolio risk as they add more stocks and low quality bonds to their asset mix,” said the WGC.

The Market Anthropology website is another source that recently came out strongly in the favor of gold. The site said that gold’s gain of nearly 30% so far this year is likely only the start and that the metal should break its cycle high of $1,924 per ounce from 2011 – all thanks to a stretched-out dollar.

“The bottom line is despite healthy gains in precious metals this year, we believe significant returns lie ahead as a weaker U.S. dollar and declining real yields target their respective lows from 2011,” said Market Anthropology. “Considering that gold already trades close to $1400 an ounce while the dollar remains historically stretched, the prospects for precious metals continue to appear attractive to us as the markets catalytic converter for lower real yields has much further room to fall.”

A chart shows just how wrong gold bears were on 2016
With gold already up nearly 30% so far this year, gold bulls and bears alike are growing increasingly excited. But this is a relatively new sentiment: Not too long ago, most forecasters were notably pessimistic about the metal’s price levels in 2016. But how bearish were they, really?

Staggeringly so, as shown by a chart on Mining.com: In a pool of around 30 well-respected analysts who entered the London Bullion Market Association long running forecasting competition, all but five were heavily bearish on gold; most entries, including the one from last year’s competition winner Bernard Dahdah of French investment bank Natixis, predicted gold would dip below $1,000 by the end of 2016. Out of the five optimistic contestants who expected gold to reach $1,300, Martin Murenbeeld of BC-based Dundee Economics stands out as the only person to predict the metal reaching its current levels.

Outlooks have definitely changed amid gold’s persistent rally: UBS now sees gold getting to $1,400 by year’s end, Credit Suisse and BofA Merrill Lynch place it at $1,500 going into 2017 and even the formerly ultra-bearish Dutch bank ABN Amro sees the metal reaching $1,425 or even higher in the case of a Trump presidency.

“In my many regards I see the gold market and gold itself as a bit of a protest vote to the financial system as a whole,” Hodgson told CNBC on Friday. “It is almost like the Donald Trump of commodities: You don’t want to be part of the fiat currency; you don’t believe in the monetary stimulus; you don’t believe in central bank policies, et cetera. You want that protest and gold seems to be the ideal sort of way to play that.”

And with mounting terrorist attacks, massive volatility in oil prices, a shocking Brexit vote and diverging central bank policies, it’s no surprise that gold continues its rapid rise. In line with this, Hodgson sees gold prices topping $1,500 in the near future – a key level last seen in 2013. “The answer (to the direction of the price of gold) is obviously going to be higher, because we have had an incredibly pessimistic week with regards to economic data and that has transpired through to a much more resilient outlook on the price of gold,” said Hodgson.