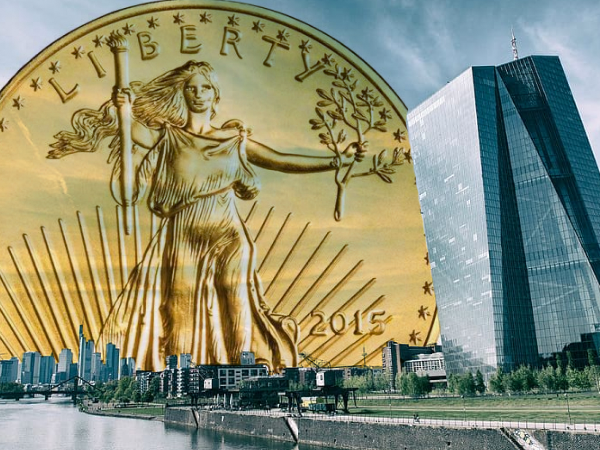 Not long ago, the idea of gold and silver market manipulation was considered the realm of “conspiracy theory”. Alternative economists and precious metals investors were often accused of “wild imagination” or bitterness when it came to long periods of stagnation in the market. Despite a considerable amount of evidence to the contrary, our suspicions were not being taken seriously.

Fast forward to 2019, which was the year of vindication for all gold bugs. Multiple banking entities had been implicated in gold and silver market manipulation, including JP Morgan. It was no longer a “theory”; now it was fact. The problem is, whenever these institutions get caught illegally undercutting the market, they get a fine, at most. Essentially, they receive a slap on the wrist and then go right back to strongarming metals.

I think it’s important to note that when manipulation does occur, it is almost always to suppress prices, not to rally them. Why is that? Well, this is where we can only speculate, but there are a number of reasons why international banks and central banks would want to keep metals prices under control.

For example, precious metals act as investment competition against equities as well as currencies. Suppressed metals prices push investors into other assets like stocks or the dollar, giving a temporary boost to flailing markets.

In my article ‘The Eternal Relationship Between Gold And Global Crisis’, I outlined the long history of gold price spikes following international disaster events. But I also pointed out that metals manipulation by banks is almost always a factor before prices rise. In 1962, when the Cuban Missile Crisis triggered record demand for gold on the London market, central banks utilized price suppression through selling of reserves in a policy called “The Gold Pool”. This was intended to force investment back into the U.S. dollar.

The agenda against gold might not always be designed to boost stocks or the dollar, however. I suspect that in some cases, the goal of the banking establishment is to increase pain by suppressing safe haven assets, cornering investors into stocks and weak currencies and then crashing markets on their heads.

I’m sure most metals enthusiasts have been watching closely in recent weeks as gold and silver prices exploded while the coronavirus pandemic spread. This drove up demand for safe haven assets, only to have them suddenly plunge last week in a violent downturn. Some will argue that this is a natural consequence of a deflationary environment, but the price drop was actually triggered by a $3 billion dump of gold futures timed perfectly to undercut momentum.

This aggressive price sabotage is made possible by the paper ETF market, in which paper assets representing gold are traded rather than physical metals. The problem is that there is far more paper gold and silver being traded than actual physical metals in existence. This allows banks to manipulate prices at will by using fake gold and silver certificates, but it also represents an Achilles heel for those same institutions.

There is always initial suppression of prices, but prices eventually rise regardless of bank manipulation during crisis because investors start to convert their paper holdings and take delivery on physical metals. This is where the relationship between the paper and physical markets decouples, with the physical or “street price” of gold dominating over the paper price.

If the pandemic situation becomes chaotic enough, we may even see physical metals trade take over completely while paper markets disappear. No one wants to have money tied up in an asset they can’t touch during a crisis event. If you don’t hold it in your hand, you don’t really own it.

The timing of this decoupling is hard to predict. During the credit crash of 2008, gold had a dramatic run up until autumn, after which prices dropped dramatically. This was then followed by a steady rally from 2009 through 2011. I believe we are currently at the stage of price suppression which may cause weak hands to sell. I recommend not only holding fast to your metals but also using price drops as an opportunity to buy physical while you can.

The pandemic is likely to accelerate the flow from suppression to physical decoupling. What took a couple of years to develop into a massive gold rally after the crash of 2008 may only take a couple of months today with rapid changes to geopolitical and economic conditions. Watching how central banks behave can help give us a sense of timing.

This week, the Bank of Japan (BOJ) was the first central bank to offer an open “promise” of intervention in markets should the asset crash continue. This was enough to stall the 8-day crash in stocks, but the BOJ is not offering anything except a psychological placebo for the investment world. It is a placebo that will wear off within a week or two as investors realize central banks have no power to reverse the disruption of the global supply chain and the eventual collapse of retail. Fiat stimulus does not cure viral outbreaks.

The stance of the BOJ will probably become standard among most central banks as well as the IMF and World Bank. There will be constant promises of “intervention” and support for markets, but I suspect the banking establishment will do very little until the system is utterly broken. In the meantime, the concept of “intervention” will conjure images of “helicopter money” in the investment world, and thus precious metals will eventually break out once again despite suppression measures.

The Federal Reserve was decidedly quiet on the issue of the coronavirus until Tuesday morning, when it made a surprise announcement of a 0.5% interest rate cut. So far, this cut has failed to inspire much confidence in markets. Why? Because it is nothing more than a stop-gap. The markets want to hear declarations of massive QE on the level of TARP, and the Fed just won’t give it to them. I have long said that I believe the Fed will only intervene enough to make it appear as though they care about propping up the system, but at bottom they do not want to stop the crash.

The purpose behind allowing crash conditions to accelerate is twofold. First, as asset prices collapse, the banking establishment can snatch them up for pennies on the dollar – and this includes property, businesses, mortgages, and numerous other tangibles. This is exactly what banks did during the Great Depression as they devoured the property and mortgage markets and erased thousands of small banks, focusing all finance into the hands of a select few institutions.

Second, crash events allow the elites to exploit public desperation and influence the masses to accept even more centralization of power. Economic disaster is a means to an end. The banks aren’t hurt by it; in fact, they benefit from it.

Crash conditions will likely inspire more and more people to demand physical delivery on precious metals over the course of 2020, as fears of paper market shutdowns due to the pandemic grow. Do not be surprised if demand for coins and bars spikes within the next six months while interest in the ETF market declines. Also, do not be surprised if certain banks start refusing to honor paper certificates and refusing to deliver physical gold to investors.

The CME Group and the Comex will assert that they are the arbiters of metals prices, but if the trend of crisis continues they will become irrelevant. This might sound like an outlandish proposal but consider the state of the world; what we are witnessing is something that has not been seen in several generations. It is an event far more destructive than the Great Depression with market implications beyond what happened in 2008. This is the collapse of the Everything Bubble, and one of the only investment assets that will weather the storm is physical gold.