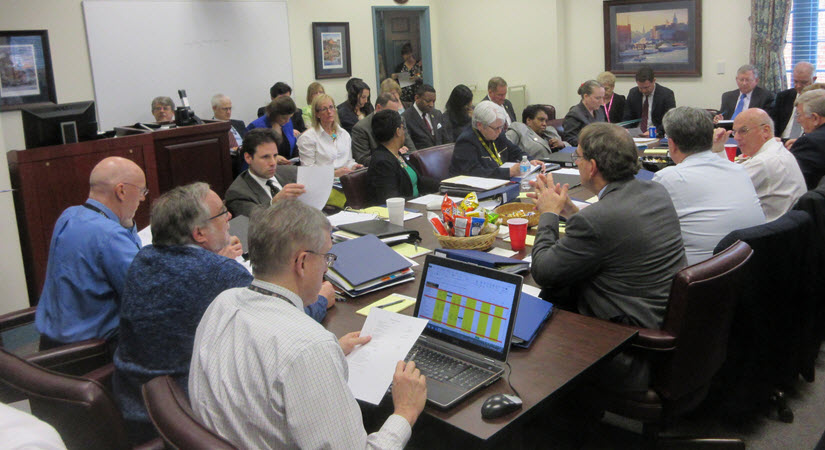 There is no doubt that if the Social Security Trust’s shortfalls aren’t addressed, then it will be in big trouble just over a decade from now.

But the problem is, instead of coming up with real solutions, politicians have been playing the typical partisan games that end up meddling with your retirement and kicking the can further down the road.

That pattern appears to be continuing at both the federal and state level. Starting at the federal level, a recent bill called the “TRUST Act” was reintroduced in an attempt to “shore up Social Security and Medicaid,” according to ThinkAdvisor. While the bill addresses more than just the Social Security trust fund, the necessity for some type of solution to shore up the intended funds is obvious.

In other words, “We’ve known these funds were in trouble for years, but too many politicians seem content to ignore them — even if it means steep automatic benefit and service cuts on the horizon,” as the Committee for a Responsible Federal Budget statement said.

The “service cuts” for Social Security referred to above could potentially result in a 25% cut in benefit payments as the fund dries up after 2034.

But there’s something that doesn’t add up in the committee’s explanation of potential changes under the new bill (if it passes):

The TRUST Act ‘would not make any direct changes to Social Security or Medicare,’ the committee explained, but ‘would set up bipartisan commissions made up of members of Congress that would be charged with restoring the solvency of these important programs. [emphasis added]

The bill isn’t going to make any direct changes, but it’s going to set up committees to “restore the solvency” of the trust funds. Just so we’re all on the same page, “solvency” means “the ability to pay one’s debts.” Or, a more relevant definition from Investopedia, “the ability of a company to meet its long-term debts and other financial obligations.”

Obviously, that will require the commissions to make some pretty direct changes.

That all sounds good, when taken at face value. Here’s the thing: the current legislation doesn’t seem to provide any actionable solutions to the Trust fund’s problems. Seems like we’re still at square one until these bipartisan commissions are created and more legislation is written and passed.

Here’s a flow chart of the process:

Will the new bipartisan committees pass a law to create more committees?

Social Security has its own set of problems that need to be addressed at the federal level, but at the state level, pensions have their own set of funding issues.

For example, in Washington State, Governor Jay Inslee signed a bill into law that protects public pensions, but not private pension plans.

Sen. Sam Hunt of Olympia made an emotional attempt to justify the bill, which is likely to be footed by taxpayers: “Our state employees have gone through a lot, like the rest of us have, in the past year.”

But like the TRUST Act committees described above, something doesn’t add up with the bill Inslee signed into law. Namely that private pensions would be left to suffer:

So, public pensions get a free ride while private pensions suffer, thanks at least in part to economic shutdowns that Governor Inslee authorized himself.

That doesn’t seem to make much sense either.

While politicians form endless commissions to kick the can down the road and come up with lopsided “solutions” that discriminate against private sector employees, now might be a good time to make sure your own retirement is in good shape. Shore it up as needed now, because when the lightning strikes and the rain starts, it’ll be too late.

Political committees hoping to restore Social Security’s solvency could end up making a bad situation even worse than it already is. (Especially if they start picking favorites, like Governor Inslee did.)

Since Social Security payments are an important part of retirement income for millions of Americans, it’s important that any solutions presented actually do something productive (instead of just perpetuating bureaucracy).

As you plan for retirement and save and invest what you can, also consider diversifying your savings into different types and risk levels. Now’s the time to make your portfolio as resilient as possible. Just in case the government decides to keep meddling with your Social Security, you want to make sure they can’t cancel your retirement completely.

Adding physical precious metals like gold and silver to your retirement savings is one way to protect your financial future against some of the worst effects of bad government decisions like massive currency inflation and other committee-spawned political non-starters.