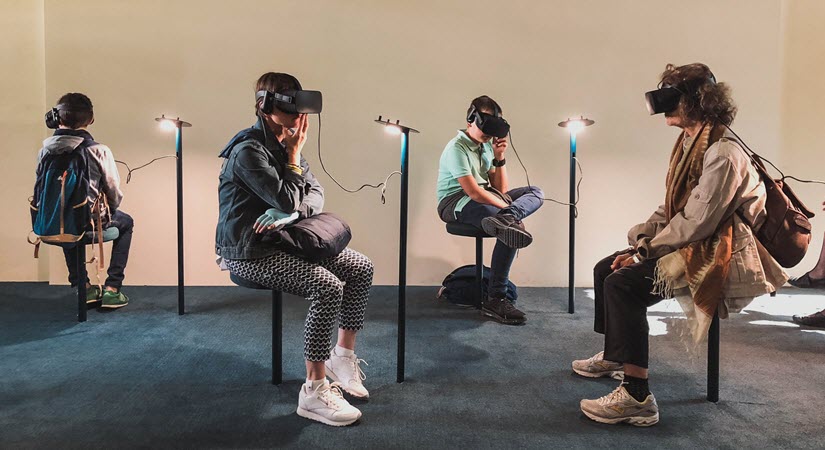 Most people aren't eager to return to reality...
Photo by Lucrezia Carnelos

“This crash beneath the surface showed something had broken, that the magic had died, that hype and hoopla were suddenly unable to carry the day.”
– Wolf Richter

When one signal indicates a market crash that could lead to a full-blown recession, it’s pretty easy to downplay or just ignore that signal (unless it’s a yield curve inversion).

To begin with, Powell has finally conceded that a recession is possible:

Federal Reserve Chair Jerome Powell on Thursday reiterated that the central bank is “strongly committed” to bringing down inflation, as he spoke on monetary policy for a second day before Congress. He also noted that a recession is a “possibility,” a fear that has continued to weigh on Wall Street.

(I covered this in detail earlier this week.)

While Powell is hemming and hawing, others are convinced a recession is all but guaranteed – if we aren’t seeing it already.

“Definitively, we are going into a recession. How severe that recession is yet to be seen,” said Nick Giacoumakis, president of NEIRG Wealth Management.

Kristoffer Mousten Hansen from the Institute for Economic Policy at Leipzig University claims that we’re already in “the Great Crash of 2022.” The last few years of destructive stimulus policies have some unintended side effects:

The real driver of the present crisis is monetary inflation. Back in 2020, I (along with many others) pointed out the role of inflationary monetary policy in the corona crisis. While consumer price inflation is now the most apparent consequence, the real damage occurred in the capital structure of the economy. This is the cause of the present crisis.

Ultimately, the crisis will play out no matter what the Fed does:

The Fed cannot set interest rates at will; it cannot generate a boom or a recession at will. It can only print money and create the illusion of greater prosperity, but ultimately, reality reasserts itself…

As Ludwig von Mises pointed out, you can’t paper over the economic crisis with yet another infusion of paper money; the crisis will play out, whatever the central bank decides to do. [emphasis added]

Hansen’s certainly right about one thing – the Fed’s nearly-magical ability to create an “illusion of greater prosperity” by inflating the money supply. As Ron Paul recently wrote:

But it’s good enough to fool an awful lot of people, at least for a little while.

Once that initial euphoria passes, once the little while is over, that’s when, as Hansen puts it, “reality reasserts itself.”

The real question is, how close are we to that tipping point? How soon will reality reassert itself (if the process hasn’t already started)?

The U.S. is “one revision away from recession”

Bank of America global economist Ethan Harris is pretty sure we’re extremely close, thanks to a number of factors:

The impact of the Fed’s rate hikes on the market has been magnified by deteriorating economic data, as investors and strategists appear to be losing confidence in the central bank’s ability to achieve a soft landing.

The housing market appears to be cooling rapidly, with housing starts and mortgage applications plummeting. Consumer sentiment is plumbing record lows. Jobless claims are beginning to trend higher as reports of layoffs at tech firms grow. And all oil prices show no signs of falling back below $100 per barrel as the summer travel season kicks off.

That “one revision away” bit refers to the Federal Reserve’s habit of releasing optimistic data, then, a month or two later, modifying their own data downward. It’s the same sort of nonsense publicly-traded companies get up to when they release “earnings guidance” updates to boost their stock prices.

Let’s be clear here: games people play with numbers don’t really matter as much as reality. So let’s get our heads out of the spreadsheets and press releases and into the real world.

The Dallas Federal Reserve recently published an alarming report on the U.S. housing market. What Harris said about real estate “cooling rapidly” is right on the money.

When housing prices become detached from “reality” (what investors call “fundamentals”) the “exuberant” behavior is measured. In other words, people stop buying based on value and start buying based on speculation, or the hope of a “greater fool” to come along and overpay even more for the asset.

This is what we call a bubble.

When speculative enthusiasm overtakes sanity in a market, the Fed calls it “abnormal explosive behavior.” This is unusually strong language from the Fed! Though I know several people who lost massive amounts of money during the Great Financial Crisis back in 2008-09 who certainly felt like they’d been blown up…

Here’s what housing prices look like today (we’re measuring from July 2006, the peak of U.S. home prices during the last real estate bubble):

As you can see, there are two obvious patterns. The first, there are always small ups and downs (that’s because we’re not using seasonally-adjusted data – for some reason, there are usually more sales in summer months).

The second larger pattern? A big rise comes before a big fall. It took over a decade for home prices to recover.

By the way, this pattern of rise-and-fall is called reversion to the mean, the closest thing to a law of gravity in finance.

An even more reliable recession indicator, the yield curve between 2-year and 10-year bonds, was triggered at the beginning of April.

The official chart is worth a thousand words in this case (shaded areas indicate recessions). I’m just linking to it for now, so click to see for yourself or take my word for it…

When the yield curve touches zero or lower, shortly afterward a recession occurs. Every recession since 1976 was predicted by this metric – even 2020’s brief pandemic panic-induced recession.

Is a recession inevitable?

In my opinion, Yes.

Back in May, Fed governor Chris Waller said:

I cannot emphasize enough that my FOMC colleagues and I are united in our commitment to do what it takes to bring inflation down.

In central banker speak, do what it takes means, “We aren’t backing down, we aren’t going to rescue the markets.”

Basically, the only way the Fed can get inflation under control is to keep raising interest rates regardless of the economic impact. Higher interest rates discourage speculative economic activity, slow down money flow, push down demand and generally slow down the economy.

Does this mean a recession is starting tomorrow? Maybe, but really it doesn’t matter. I believe our financial plans should be guided by a longer-term perspective than just looking at tomorrow.

Recessions, economic downturns and bear markets are an inevitable feature of our lives. Let’s not overfocus on tomorrow and the expense of the next decade!

Because the economy is an incredibly complex system that generates unbelievable quantities of data every day, forecasting often seems like an exercise in futility. So I prefer to take a more moderate perspective.

Most people I know who got themselves into financial trouble did these things:

It’s never the wrong time to ask yourself if you’re following this pattern. It’s always smart to compare your investment risks with your risk tolerance.

Remember, only you are responsible for you and your family’s financial security. Ask yourself: Are my savings diversified? Am I focused on the appropriate timeframe? Am I taking on too much risk?

At Birch Gold Group, we specialize in helping everyday Americans diversify their savings with physical gold and silver. They come to us for many reasons: for security, for protection against inflation, for diversification away from paper assets and (most of all) for peace of mind. Owning a precious metals IRA gives many of our customers the confidence to tune out the daily economic news and focus on what really matters, all day, every day.