Potential Bull Run Ahead as Investors Pile into Gold 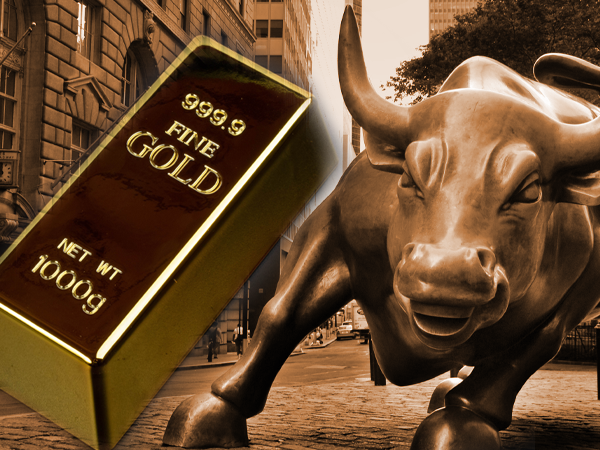 Is gold on the rise? According to Maggie Fitzgerald over at CNBC, investors are piling into gold. But she isn’t the only one who sees that. Lobo Tiggre over at Kitco shares why he believes the metal is on the rise:

After years of failed attempts to break out of its trading rut, gold finally did, shattering resistance that has held since 2013. Not only that, it breached the “psychologically important” $1,400 level. It looks to be consolidating before heading higher—possibly much, much higher.

You can see the result of this activity in the chart below, which displays gold’s recent price spike on the far right (source):

According to the CNBC piece, the precious metal is “up more than 9% this month, on pace for its best monthly performance since February 2016 when gold gained 10.57%.”

But perhaps more importantly, gold’s price seems to have developed a solid six-year base from which the next big bull run could develop from, according to David Sneddon, Head of Technical Analysis at Credit Suisse:

Bigger picture though, given the magnitude of the base, which has taken six years to form, we suspect we could even see a retest of the $1,921 record high…

Also noteworthy is gold’s relationship to the U.S. dollar. Gold tends to perform well as the dollar weakens, and another CNBC report suggests gold bulls may have finally gotten their wish (emphasis ours):

The Federal Reserve has shifted over the past six months, from a hawkish stance of raising interest rates, to neutral, and now to so dovish it is expected to cut interest rates next month. That has changed sentiment on the dollar, and strategists now see the potential for a longer term weakening of the currency.

If the dollar does weaken long-term, and gold has the foundation that experts are claiming it does, it could be gold’s time to shine.

Gold Bulls are “Back in Control”

After facing some price resistance since 2016, gold may now be having its “breakout moment.” Over at Bloomberg, gold bulls seem to agree:

‘Gold bulls are back in control,’ Edward Moya, senior market analyst at Oanda Corp., said in a note, adding the metal remains supported by rising expectations of a 50 basis point cut at the Fed’s July meeting. ‘The question is no longer will the Fed ease, but by how much? The Fed historically likes to kick on an easing cycle with a bang and a 50 basis point cut should become the base case.’

Trade war tensions and long-term speculation by major hedge funds may add two more reasons for a potential run up in gold prices. 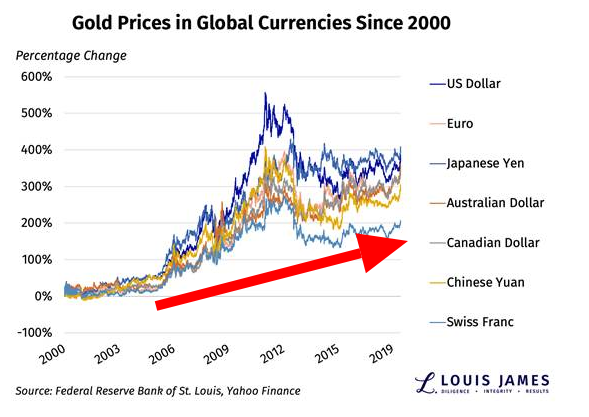 The same article also offers an interesting perspective on something we’ve covered in depth, the Fed’s “symmetrical 2% inflation target”:

Consider that the US inflation target is now a ‘symmetrical’ 2%. This means they now want higher than 2% to make up for all the time spent below 2%. It means 3% or even 4% would be fine by them for a time. Think about what that does to all the massive amounts of personal, corporate, and government debt in the US—while gold is still priced mostly in USD.

This basically means that higher inflation isn’t a matter of “if it will happen,” it’s when it will happen. And when it does, gold typically performs well by protecting your purchasing power.

It remains to be seen if the gold bulls are “back in control,” but the picture is looking mighty good.

This is a Great Time to Prepare a Retirement “Bull Run”

It sure seems like the flight to “safe haven” assets like gold and silver is underway. As more people move into precious metals, now may be the time to consider adding some to your portfolio.

Diversification is a strategic way to protect your wealth from uncertainty like market turmoil and inflation, especially with assets known for their safe haven properties. Not only could this be a way to protect yourself from the coming market storm, but also potentially reap benefits from the possible bull run.