Fed Chair Powell Just Made this Dangerous “About Face” on U.S. Debt 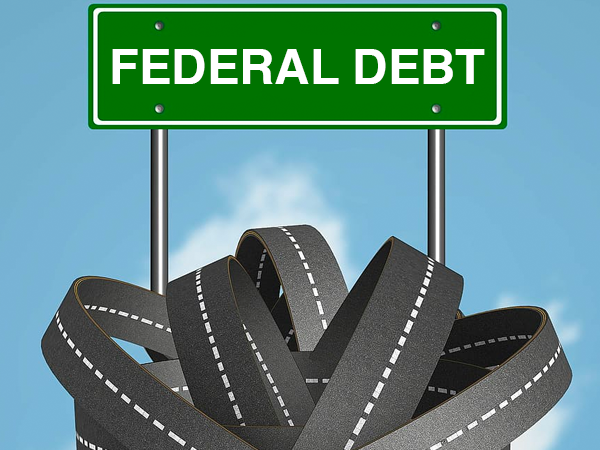 Photo by Wallpaperflare.com | CC BY | Photoshopped

And it only took a little more than one year to do it.

As recently as January 2019, Powell said he was concerned about U.S. debt:

I’m very worried about it… It’s a long-run issue that we definitely need to face, and ultimately, will have no choice but to face.

Keep in mind, that was more than a year ago when the total U.S. debt was $21.9 trillion. Right now, that same debt is quickly nearing $25 trillion, an increase of almost $3 trillion in just over a year.

So is Powell even more worried now?

Hardly. In fact, it seems he’s not worried at all!

The debt is growing faster than the economy. This is not the time to act upon those concerns.

Okay, so just to be clear: Last year Powell said the debt was a “long-term issue the U.S. needs to face.” But this year he is now saying “this is not the time” to be concerned with the total U.S. debt.

Unless you’ve been living under a rock, you’re probably aware that the total U.S. debt has been growing in leaps and bounds since the 2008 recession:

But an even more dire situation is illustrated by the Congressional Budget Office (CBO), which recently published an outlook showing how the debt is projected to skyrocket:

The official “Federal Debt as Percentage of GDP” graph was taken from the same report, and the projection itself is worth a thousand words: 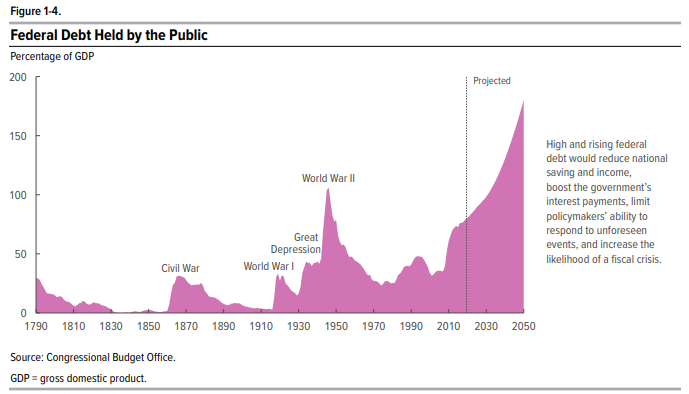 If now isn’t the right time to be concerned with the U.S. debt, as Powell stated, when is the right time? It sure looks like now would be a good time.

What makes the Federal Reserve Chairman’s about face even more unusual is the timing of it; a near-term economic catastrophe appears to be inevitable.

Powell Thinks the Second Quarter Will Be Much “Worse”

According to their most recent Federal Open Market Committee (FOMC) statement, the Fed “decided to maintain the target range for the federal funds rate at 0 to 1/4 percent.”

It looks as though the FOMC will keep rates that low “until it is confident that the economy has weathered recent events.”

But according to a CBS News report, those events might take a while: “Fed Chairman Jay Powell said he expects an ‘unprecedented’ drop in economic activity over the next few months. He also hinted at the need for more government stimulus.”

“The second quarter’s economic data will be worse than anything we have ever seen,” Powell added.

Worse data, coupled with trillions more added to the Fed’s balance sheet, sure seems like a recipe for disaster.

In the same CBS report, former Federal Reserve adviser Danielle DiMartino Booth said, “Their interventions are now so numerous, a spreadsheet is required to keep track of all the actions the Fed has undertaken or committed to.”

Perhaps the Fed should start focusing on the quality of their interventions instead of the quantity? That could prevent the need for Powell to have to do an “about face” of some type next year.

Until then, who knows what could happen?

While the Fed Makes Up Its Mind, You Can Be Decisive

With his about face, Chairman Powell might be trying to give the impression that there’s “nothing to see here, move along” when it comes to the U.S. debt.

But while the Fed tries to figure the whole thing out, you can do an evaluation and make some real decisions about your savings. Consider diversifying assets, examining your risk exposure, and different asset classes, such as precious metals like gold and silver.