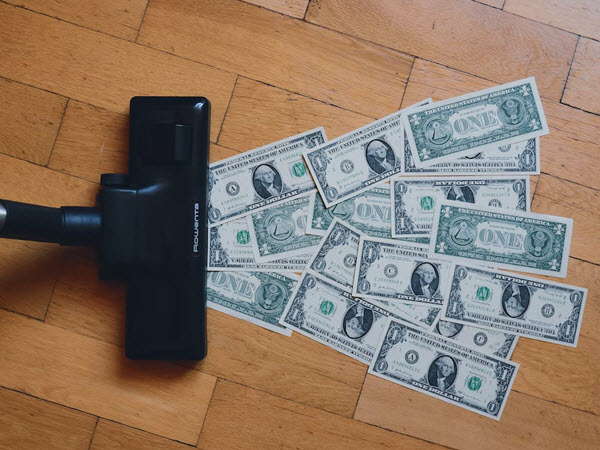 This week, Your News to Know rounds up the latest top stories involving gold and the overall economy. Stories include: ECB could follow the Fed’s pro-inflation policy, precious metals in a pandemic, and legendary silver coin to be sold for more than $10 million at an auction.

If one believes that central bank policies are a primary driver of gold prices, the yellow metal should have plenty of room to go up even as it sits above its previous all-time high. Besides the Federal Reserve’s openness to inflation, gold should be buoyed by a surge of the euro and the European Central Bank’s (ECB) efforts to contain it.

Experts like Mechanical Engineering Industry Association’s chief economist Ralph Wiechers and Natixis strategist Dirk Schumacher note that an overly strong euro poses problems for the eurozone. It hinders both exporters and importers, slows the European economy, and can cause inflationary spikes in individual countries.

While the ECB might not be able to control the euro as easily, Schumacher’s firm expects them to try and push it down by introducing looser monetary policies. BNP Paribas’ analysts share a similar view, stating in a recent note that the ECB would also voice its desire to keep the euro lower. This was exemplified when former ECB vice president Vitor Constancio stated in an interview that the ECB would follow in the Fed’s wake by allowing inflation to run above the targeted rate for periods of time.

Strong currencies are among the biggest headwinds for gold prices, and inflation is one of its most powerful drivers. Given recent statements by officials from both central banks, it should come as no surprise that prominent investor Peter Schiff points to inflation as the next big thing that will power gold’s gains.

Precious metals in times of crisis

With a tumultuous first half of the year behind us, Richard Baker goes over how both metals fared this year and what could be in store for them moving forward. The parallels between this year’s crisis and the 2008 collapse have been drawn many times, and they are fairly evident in the gold market. Despite both metals’ status as safe havens, they came under a massive selloff in March as investors looked for liquidity anywhere they could.

As the panic somewhat subsided, gold emerged as an outperformer and soared past $2,000 in what one could argue is a rare example of a show of strength that rests on solid footing. Despite its pullback, gold still finds itself in an exceedingly favorable position. Existing worries such as the U.S.-China trade war have intensified, while new tailwinds like the coming U.S. election have shaped up to offer a promise of support in the near-term.

Although there has been much debate over how sluggish the economic recovery will be and whether inflationary expectations will materialize, it pays to take note that gold does well in both inflationary and deflationary environments. More importantly, real rates in the U.S. have hit negative territory in March, and the Fed’s zero-rate-policy is likely to keep them there for a while.

Drawing the same parallels to the 2008 crisis paints a picture of a few years of uncertainty, and gold’s price could be bumped up at any point during that stretch. With investor interest in gold reaching record levels, Baker ascertains that gold is beginning a lengthy bull run similar to that between 2008 and 2011. And while a slow economic recovery could hamper silver’s gains, a key point is that the gold-to-silver ratio has been normalizing and is approaching its 10-year average of 69.5. Taking into account gold’s movement this year, this should eventually place silver somewhere along $32, giving owners of both metals plenty to be enthusiastic about.

Collectors aren’t easily dissuaded, as this year’s numerous high-profile auctions can attest. Economic crisis or not, these individuals are invariably going to pull out all the stops when it comes to acquiring the rare and unique item they covet.

And, with October approaching, the attention of the auctioning world is quickly shifting to the 1794 “Flowing Hair” silver dollar. In 2013, private collector and auctioneer Bruce Morelan acquired the coin for $10,016,875, making it the world’s most valuable numismatics coin by a significant margin.

The coin’s exceptional value comes from its mintage and the history that surrounds it. The Lady Liberty coin is one of 1,758 silver dollars that were minted in a single day in October 1794. That only 140 or so remain in circulation already gives the coin tremendous value, but the high price stems from the belief that this particular coin was the first to be struck during the mintage. Its silver plug and a 66 grade on a 0-to-70 scale has driven many experts to label it as the first U.S. silver dollar.

“This is a dream coin—a priceless artifact that I have been proud to own, and I’m very sorry to see it go,” said Morelan of the legendary coin. “It’s time to move on to other challenges, and I hope that the new owner of the coin treasures it just as much as I have.”

Coins from this line always attract high bids, as was shown when another 1794 Flowing Hair silver dollar was sold for $4,993,750 in 2015. With the iconic status of Morelan’s coin, experts are certain that the upcoming sale could result in a figure higher than the historic amount set in 2013.