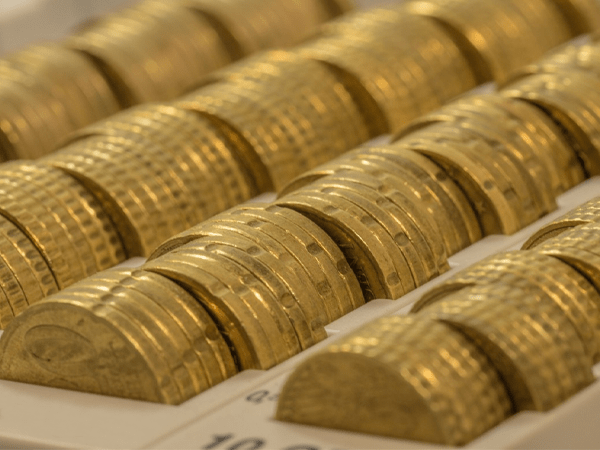 This week, Your News to Know rounds up the latest news involving precious metals and the overall economy. Stories include: Gold’s dip is temporary, silver is the portfolio insurance to buy right now, and gold prices hold as global growth comes into focus.

In a recent Seeking Alpha post, Metal Bulletin precious metals analyst Boris Mikanikrezai advised Americans not to look too deep into gold’s recent dip below $1,300. As Mikanikrezai explained, gold has too many strong upwards drivers to falter, and a pullback will merely act as a temporary consequence of selling pressure, reports Kitco.

Gold is sure to remain coveted regardless, said Mikanikrezai, as investors continue to shy away from equities that were just recently riding historic highs. According to Kitco, stock market crashes already helped gold by removing a main competitor of the metal in terms of investment demand. The subsequent prolonged migration towards gold showed that fears persist even after assurances that equities are on course.

Mikanikrezai thinks equity volatility will continue to be a key driver of gold prices in 2019. This should boost overall demand for gold bullion, which has risen among both individual investors and central banks.

Mikanikrezai asserted that gold won’t stay below the $1,300 level for too long. The metal has already crept up and briefly touched the mark before edging lower once again. Although it might be premature to call, a recovery so quick would spell excellent news for the market and allow gold to set its sights back to $1,350.

Silver is the Portfolio Insurance to Buy Right Now

Although precious metals get much of the wind in their sails from fears over the next disaster, they benefit just as much from the perpetual wealth-eroding current known as inflation. As MarketWatch’s William Silber notes, neither fears nor inflation have been making the headlines as of late. But that doesn’t mean a surprise inflationary shock isn’t poised to render investors stupefied.

Silber points out that the consequences of the Federal Reserve’s quantitative easing (QE) program remains conspicuously absent. Starting in 2009, the Fed began pouring money into the system, slashed short-term borrowing rates and went on a bond-buying spree, all to stave off the approaching 10% unemployment rate.

And while standard economic theory dictates that this should result in a noted spike in inflation, such has been mostly absent even as the QE program reached dizzying heights. Because of this, the idea of buying silver as an anti-inflationary measure has fallen out of favor as investors grew more confident in regards to the inflation rate.

Yet Silber notes that economic disasters most often strike unpredictably. The triggers can be as wide and varied as possible, yet they all lead to the same thing. In this case, a global crisis could spawn as a result of pent-up inflation or even a large default by a private company.

Silber thinks that, amid a warmer economic climate, too many investors have forgotten to include insurance in the form of precious metals. This makes them particularly susceptible when the next economic crisis hits, as gold and silver are among the best-performing assets in any environment of high stress.

Silver, in particular, comes off as a bargain, with prices more than 65% off from 2011 highs compared to gold’s 35%. To Silber, this creates an exceptional opportunity to load up on the metal by taking advantage of cheap prices and, as is often the case with good investments, buying while nobody else is looking.

Gold stabilized mid-week after a bout of massive selling that saw prices pushed below $1,300 for the first time in weeks, writes CNBC. Eugen Weinberg, an analyst at Commerzbank, said the selling was always going to be temporary as the risks engulfing the market persist.

George Gero, managing director at RBC Wealth Management, underlined that gold has managed to hold on and will now look to reverse course. Last week saw the release of two highly awaited data sheets, the U.S. jobs report and the European Central Bank’s economic forecast for 2019. Both were seen as relevant to the gold price, and both were slated for release on Friday.

The jobs report showed that February had the lowest amount of new positions created in 17 months. This added fuel to concerns that employment in the U.S. has peaked-out and that the economy could be looking towards a period of stagnation.

The ECB’s announcement was likewise pessimistic, as the bank slashed its growth forecast for 2019 to 1.1% down from a previous 1.7%. The central bank also revealed that it would not raise interest rates this year, opting instead to pump more money into the EU’s economy. Although this gave the dollar some breathing room, the dovishness of ECB officials was still seen as positive for gold and likely contributed to the metal’s price gains.

As investors reel from these news and adjust their strategy accordingly, gold will seek to once again solidify its position above $1,300.