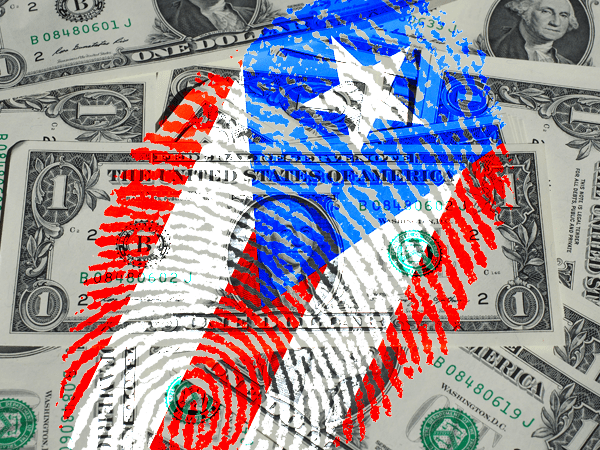 The economic situation in Puerto Rico is quickly escalating from bad to worse. President Trump thinks he has a solution, but Americans shouldn’t count on it to keep them protected.

No matter how things play out in Puerto Rico, the U.S. economy could take a painful blow. Here’s why…

At the Tipping Point

The Puerto Rican economy has been in jeopardy for years, with staggering unemployment, declining growth, and a myriad of other serious issues. But despite that fact, Puerto Rico continued to plunge itself into crippling debt by issuing bonds to private investors.

As a result, Puerto Rican debt stands at over $73 billion.

Back in May, reality began setting in. Puerto Rican officials saw the writing on the wall, and applied for bankruptcy protection — triggering concerns that Puerto Rican defaults could hobble the U.S. economy.

The threat of Puerto Rico’s economic collapse was undeniably real and imminent. But officials still had time to delay payments, renegotiate terms, and figure out how to keep the debt from causing irreparable damage to the entire U.S. economy.

Hurricane Maria stole that luxury away.

The devastation left by Maria threw Puerto Rico’s economic crisis into overdrive, transforming it from a worrisome harbinger into an urgent and immediate threat to our national economy.

That said, there are two possible ways officials could address what’s happening today in Puerto Rico, both of which put Americans at risk…

One option would be to give Puerto Rico a massive bailout. But there’s a big problem with that idea: inflation.

And savers are the ones who pay the highest price of skyrocketing inflation. Their spending power gets decimated, and they’re essentially punished for saving in cash.

But based on some recent comments from President Trump, it seems he’s leaning toward…

After Trump’s recent trip to Puerto Rico, he made a cryptic comment implying the island’s debt should be entirely forgiven:

If officials don’t pursue another bailout, they’re left with just this one option. They’ll have to simply restructure Puerto Rico’s debt and let the chips fall where they may.

But if that’s the path we end up taking, Wall Street — and anyone with their savings tied up in the market — will likely lose millions.

See, the U.S. government incentivized people and companies to purchase Puerto Rican bonds by making them triple tax-exempt. And even though Puerto Rico’s economic troubles were impossible to ignore, these folks had a false sense of security because of Federal law stating that only U.S. states (not territories) can file bankruptcy. On top of that, the island promised a rate of return on those bonds that’s practically unheard of.

As a result of those three factors, commercial and individual investors bought up Puerto Rican bonds like there was no tomorrow — including Goldman Sachs, Citibank, T. Rowe Price, and 48 other mega banks and investment firms.

Now, it’s becoming clear those investments are all underwater. And without a bailout, markets could plummet when losses are finally realized.

How to Escape a Lose-Lose Scenario

No matter how you slice it, the Puerto Rico crisis is going to be a lose-lose scenario for most Americans.

If you have your savings stored in cash, a Puerto Rican bailout will likely have serious consequences for your spending power. Rising inflation will mean you’ll literally lose money just by having it in the bank.

On the other hand, anyone with hefty sums parked in stocks and equities could be in just as much trouble, if not more. When big banks and commercial investors tumble from their bad Puerto Rican bond purchases, the entire market will be at-risk.

Plus, USA Today reports even individuals holding regular mutual funds and retirement accounts must be cautious. They could be holding Puerto Rican debt without even knowing it because of how fund managers flocked to Puerto Rican bonds before this disaster unfolded.

However, there at least one type of asset that’s immune from Puerto Rico’s threat: “real” assets, like physical precious metals.

Not only do physical precious metals offer shelter from risky stocks and inflation-prone cash, but they’re also likely to appreciate considerably in price as this crisis plays out and more individuals buy gold and silver for protection.

So if you’re interested in guarding your savings while also seizing a potentially profitable opportunity, it may be time to look into precious metals.