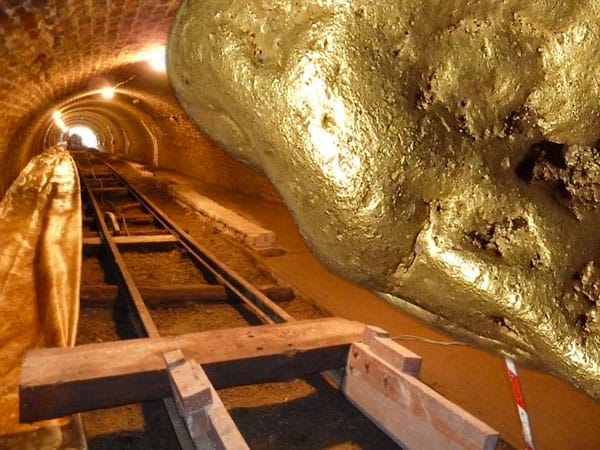 This week, Your News to Know brings you the latest news involving the gold market and the overall economy. Stories include: Randgold CEO says gold is ready to go higher, what’s next for space mining, and French heir finds $3.7 million gold hoard hidden in house.

In a recent interview with CNBC’s Jim Cramer, Randgold CEO Mark Bristow shared some thoughts about gold’s trajectory. Bristow was clear in his forecast for the metal, saying it’s ready to go higher once things settle down in the near future.

“There are a lot of things impacting gold at the moment. I have always said that gold will be very volatile for the next two or three quarters, but ultimately the fundamentals are very strong for a rise in gold price,” Bristow told Cramer.

Many believe those fundamentals were bolstered by Trump’s victory in the presidential race. The President-elect plans to cut taxes and spend more on infrastructure, which could lead to the U.S. government having to borrow a lot of money. If higher borrowing accelerates the economy and causes inflation, we could see a significant increase in gold buying.

Bristow’s company is one of the few miners currently operating at a profit and without significant cost reductions. While part of this is is due to Randgold’s willingness to mine in dangerous zones, there is also something to be said about the management’s bullish outlook and faith in the yellow metal.

“We focus on value, and I think that keeps us disciplined, is that focus on profitability. You know that we are the only gold miner that is never impaired. We have never cut our capital, we have never cut our expiration budget, and neither have we retrenched our workers because of a lower gold price,” said the CEO.

The panelists spoke about the potential hurdles for a space mining industry as well as the resources an off-Earth mining company could gather. Aside from finding water to power other space projects, prospecting precious metals – particularly gold – would be a major pursuit by any company mining in space.

Dale Boucher, CEO of Deltion Innovations Ltd., said that establishing a supply chain for off-world prospecting is every bit as important as establishing one for an operation closer to home. And while this can be seen as a challenge to overcome, it will also be a source of profit for many companies not directly involved in the mining of the metal.

“During the gold rush, if you’re going to be in the supply chain, you don’t want to be doing the actual mining,” said Boucher. “What you want to be doing is selling the 50 pounds of flour and 10 pounds of baking grease to the guys who are going up there and struggling and looking for gold.”

President and CEO of Planetary Resources Chris Lewicki also compared space mining to the early gold rush when the metal was practically up for grabs. “I would love to be the first gold miner in Sutter’s Mill [in California] and in the Yukon [in Canada], where gold mining [consisted of] walking up the street and picking up the shiny things,” said Lewicki. “And what people don’t realize is that space resources will, in a sense, start from a base that is very similar to that.”

The CEO explained that, while prospecting for gold in space will be harder than it was on Earth during gold rush times, the metal will be every bit as abundant and with a lot less competition. Therefore, the early companies who are quickest to get the ball rolling won’t need to mine much in order to make a profit. “Low return, low production; basic technology is how this starts,” said Lewicki.

After inheriting a large house from a relative, an unnamed French heir discovered his inheritance consists of much more than just a piece of real estate. Upon examining the furniture he intended to sell, the Frenchman discovered a tin box of gold coins screwed to the underside of a furniture piece.

Scouring the home further revealed multiple stashes of gold bars and coins, all of which were “extremely well hidden” according to auctioneer Nicolas Fierfort. “There were 5,000 gold pieces, two bars of 12kg and 37 ingots of 1kg,” said Fierfort of the stash, estimated at $3.7 million.

A look into the certificates found inside the former owner’s estate revealed the gold was purchased in the 1950s and 1960s. And while the treasure pile has already been sold to buyers in France and overseas, the heir’s earnings are subject to a 45% inheritance tax as well as a potential three years of back taxes if the original owner did not declare his assets.