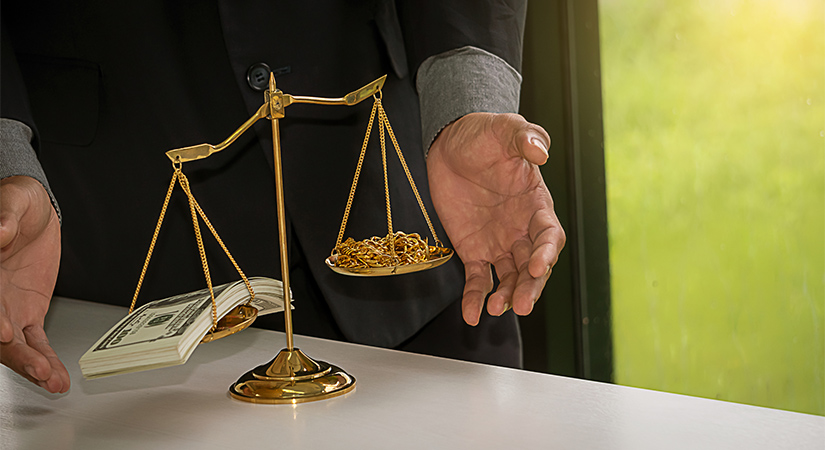 This week, Your News to Know rounds up the latest top stories involving gold and the overall economy. Stories include: Gold in the mainstream media, rate hikes have turned global, and a central banker’s view of gold.

It’s not that often that gold gets some exposure in the mainstream media, especially during a rout. So when it does, it’s almost our duty to mention it. This recent article breaks down lists the primary reasons to buy gold today, specifically listing 4 things as the most important to the would-be gold investor. What are they?

Number one: there are many ways to own gold. As the article tells us, we might already own gold in things like jewelry or dental prosthetics without realizing it. If that’s the case, doesn’t it make sense to avoid going for a lesser form of ownership?

The investor wearing a 24k gold chain who owns five figures of “paper gold” might be surprised to learn she actually has more gold around her neck than in a bank vault. (If we’re being real.) Paper gold is a financial derivative product that represents spot price movements and it’s only as good as the solvency of the issuing bank. In other words, paper gold is for speculators, and certainly no substitute for physical precious metals.

Number two: gold can be a good hedge against inflation. Harry Turner, founder of The Sovereign Investor, explains that gold retains its value over time as opposed to paper currencies because it’s a tangible commodity. The “can” part is interesting, too. After all, gold has been somewhat underperforming as of late despite high inflation. But more on that later.

Number three is perhaps my favorite: gold is considered safer than other investments. For all that’s said about losses or gains, it’s hard to go wrong with gold investment from a long-term standpoint. Any near-term losses are generally illusory in nature. When the value of currency fluctuates (all too often downward), that’s reflected in the currency-denominated price of gold. Over the long term, the value of currency trends toward zero, so the price of gold trends higher as it takes bigger and bigger stacks of increasingly-worthless currency to buy gold.

Another safety aspect that simply cannot be overstated: owning physical precious metals involves no risk from third parties. There’s no prospectus or balance sheet or financial statements or quarterly earnings calls. No accounting scandals or bankruptcies. In a world of mind-bogglingly complex financial games, where the only transparency is found in the CEO’s corner-office windows, gold is simple and straightforward. You either own it or you don’t. (And that’s more than can be said for other investments – did you know that ETFs regularly loan shares to short-sellers?)

Number four: diversification, which many Wall Street types will tell you is gold’s primary benefit. As most with any knowledge of investing can tell you, diversifying your savings with gold will essentially reduce both risk and volatility.

In essence, the reasons to buy gold haven’t changed. As Dr. Ron Paul put it, when we asked for the reasons he thought the average American should invest in gold today, he said:

Far more interesting than gold’s not-too-exciting price movement these days is what’s causing it. How is it possible for an asset touted as an inflation hedge to not hammer in gains during the highest inflation in 50 years? As it happens, central banks have taken notice of the inflation they caused and embarked on fairly aggressive tightening schedules.

What initially started as a Federal Reserve experiment is now becoming a global phenomenon, with central banks around the world unveiling hiking schedules of their own. That means gold is going to be pushed down even when it looks like the Fed has taken a break. Gold is also priced in other currencies, whose issuers are hiking away.

Commerzbank downgraded their year-end forecast for gold to $1,700, saying that the Fed has an additional 175 basis points to hike. With less than four months left to the year, we don’t doubt it’s a realistic forecast.

The question from day one, however, was how sustainable these rate hikes are.

Exhibit A: the United Nations urged the Fed, along with the rest of the world’s central banks, to ease off their monetary tightening. We’re approaching true global recession territory. The UN’s concerned that stronger currencies punish developing nations, who often take out and repay their loans in dollars or euro or yen (because nobody really wants to be paid in Turkish lira or Pakistani rupees). A central bank pivot back to easy money devalues dollars and makes it easier for developing nations to pay off their debts. (Not to mention it lowers the cost of the massive U.S. debt burden which recently breached $31 trillion, and climbs every day.)

But what happens if the Fed listens to the UN and pivots back to easy money? Well, after printing $4.5 trillion or so, the Fed hasn’t left itself much room to ease further without utterly crushing the dollar’s value. Only massive interest rate hikes can preserve the dollar as a meaningful currency.

Because if the Fed eases too soon, it will have sealed the dollar’s fate. Without aggressive and ongoing rate hikes, it will be impossible for the Fed to catch up with inflation (let alone reverse it). Without extreme measures, the next Fed pivot could mean the end of the dollar as a meaningful global currency

The same applies to every country that has faced central-bank-induced inflation recently. The general difficulty and untenability that surrounds fiat currencies right now is something that is probably far more relevant to gold owners than the price pullbacks we have been seeing.

Aliya Moldabekova, Deputy Chairman of the National Bank of the Republic of Kazakhstan, gives us some insight into why central banks are loading up on gold. Kazakhstan currently produces between 70-80 tons of gold, giving it a significant industry based on the metal alone. Their holdings are even more significant compared to other countries: the 372.8 tons of gold they hold represents 69% of the country’s overall reserves and makes them the 15th largest sovereign gold holder in the world. Notably, they are the sixth-fastest gold accumulator over the past decade. While there are many reasons for this portfolio approach, we found this quote interesting:

The purpose of gold asset management is to safeguard and protect against possible reductions in the attractiveness of foreign currency assets in international financial markets. [emphasis added]

See what she did there? Gold is the central banker’s safe haven against currency debasement, or “reductions in the attractiveness of foreign currency assets.” A foreign currency asset is a promise-to-pay, basically an IOU from a sovereign nation. Sometimes those IOUs don’t get paid. Other times, those IOUs get paid in freshly-printed currency which is now worth much less than it was just a short time ago. Central banks own gold because there’s no counterparty risk. (Reason number three above.) Also, it’s a method of diversifying central bank assets (reason number four above).

While Moldabekova doesn’t beat up the U.S. dollar, she shares a chart that shows a massive increase in gold purchases over the previous decade. While the decrease in U.S. dollar reserves hasn’t been proportionate, it has very much been on the decline over the past year.

Besides a refining industry that focuses on exports, Moldabekova also said that selling gold to the public has been lucrative business for the central bank. Gold bars are especially popular among Kazakhstani investors, with weights ranging from 5 to 100 grams. Last year was a record in terms of sales, and before it, the five-year period since 69% saw central bank sales of gold bullion to the public increase by 69%.

Why, you may ask, are Kazakhstani investors buying gold? The same reasons they have for 5,000 years…