Home » Blog » Why This Recession Is Different Than All the Rest

Why This Recession Is Different Than All the Rest 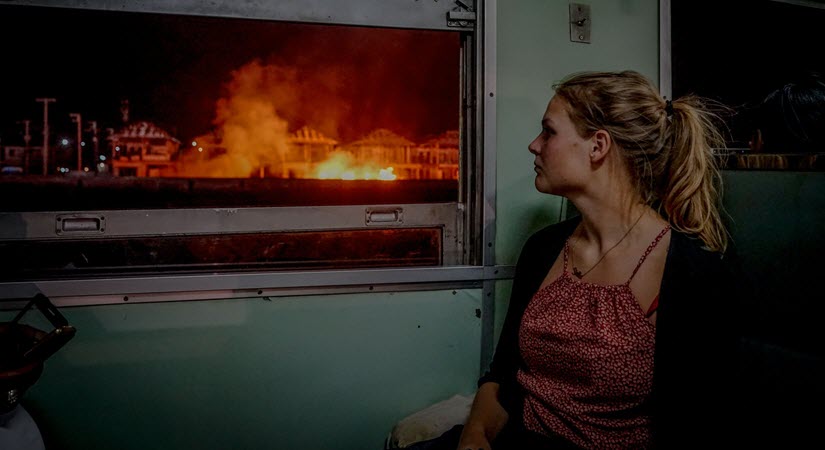 No matter how you look at it, most Americans saving for retirement are feeling incredible pressure on their entire financial situation right now.

But before we dive into just how dire the economic situation is in the U.S., on the global level things aren’t “peachy” either. In fact, the International Monetary Fund (IMF) is predicting a massive global slowdown:

The IMF now expects the world economy to grow 3.2% in 2022 before slowing to a 2.9% GDP rate in 2023 — marking a downgrade of 0.4 and 0.7 percentage points, respectively, from April. The Washington-based institute said the revised outlook indicated that the downside risks outlined in its earlier report were now materializing. Those include soaring global inflation, China’s slowdown and the war in Ukraine.

But while the global GDP outlook isn’t so hot, the Biden economy could also be heading for serious trouble over the next few months.

To illustrate how fast things can change from one day to the next, on the 25th the chances of entering a recession were only “fair” according to CNBC and Janet Yellen:

The economy stands at least a fair chance of hitting the rule-of-thumb recession definition of two consecutive quarters with negative GDP readings. Should inflation stay at high levels, that then will trigger the biggest recession catalyst of all, namely Federal Reserve interest rate hikes. Treasury Secretary Janet Yellen said “we just don’t have” conditions consistent with a recession.

This means that short of some miracle that isn’t likely to happen, a “widely accepted” economic recession is already upon us:

The U.S. economy contracted for the second straight quarter from April to June, hitting a widely accepted rule of thumb for a recession, the Bureau of Economic Analysis reported Thursday.

You can see the two-quarter slowdown in GDP reflected below on the bar graph from the U.S. Bureau of Economic Analysis (BEA):

Note this chart shows the change from the previous quarter – so two consecutive quarters of negative growth are compounding.

The BEA statement on the second quarter slowdown revealed another disturbing fact that could be a signal of even more economic malaise to come:

Real GDP decreased less in the second quarter than in the first quarter, decreasing 0.9 percent after decreasing 1.6 percent. The smaller decrease reflected an upturn in exports and a smaller decrease in federal government spending that were partly offset by larger declines in private inventory investment and state and local government spending, a slowdown in PCE, and downturns in nonresidential fixed investment and residential fixed investment. Imports decelerated.

This appears to reveal that U.S. exports “saved the day.” But even those gains were offset by various declines and slowdowns. That isn’t a good look, especially if exports were to decline in 3Q2022.

The next official BEA release is August 25, 2022. Assuming there are no major changes between now and then, the “cement” will have dried on this recession’s start.

Their idea of a solution is to raise funding rates to bring inflation under control.

So while the Fed attempts to “mop up the mess” that they created, the potential for further economic slowdown from their rate increases could send the U.S. into a deeper recession than it already is.

According to an article by Wolf Richter, the Federal Reserve just decided to increase rates another 75 basis points (.75%). It also doesn’t look like Chairman Powell wants to slow this hawkish behavior anytime soon:

To make sure everyone got it, he said several times that “another unusually large increase could be appropriate at the next meeting,” depending on the inflation data… Out the window went the notion of a “pause” in September that had been ridiculously hyped by some tightening-deniers a couple of months ago.

And Powell said that “we wouldn’t hesitate” to go even higher – so a 100-basis point hike maybe – if inflation data comes in hot.”

So in addition to the most recent rate hike, Powell finally appears to be putting the brakes on “cheap money for Wall Street.”

Any retirement saver who is thinking “It’s about time!” isn’t alone. In fact, a recent NPR piece put the situation as plainly as ever: “The economy hangs in the balance.”

So does your retirement nest egg, if you aren’t prepared.

Protecting your savings from a different kind of recession

We can take an educated guess that international diversification won’t help much if we enter a global downturn. We don’t know how long or how deep that downturn will be.

We do know the Fed really messed up, so it’s critical that they clean up their mess. There’s no turning back from that now. A Fed clean-up on the economy aisle, in this case, means slowing the economy. Raising interest rates. Discouraging economic activity. That’s bad for businesses and investors who depend on cheap loans and easy-money policies. The Fed is also cleaning up their mess very slowly, and ongoing interest rate hikes are too small to tame inflation quickly, but still enough to keep punishing bonds.

Maybe it’s time to consider diversifying your savings with assets whose value doesn’t depend on the whims of unelected bureaucrats?

With these thoughts in mind, it’s a good idea to consider safe havens for your hard-earned savings. Traditional inflation-resistant investments including TIPS, Series I bonds, and physical precious metals like gold and silver are excellent ones to consider.

A few minutes spent right now on learning how to preserve your retirement savings could save your financial future from the Fed’s mess.