Attempt to Reduce National Debt May Cut into Your Social Security 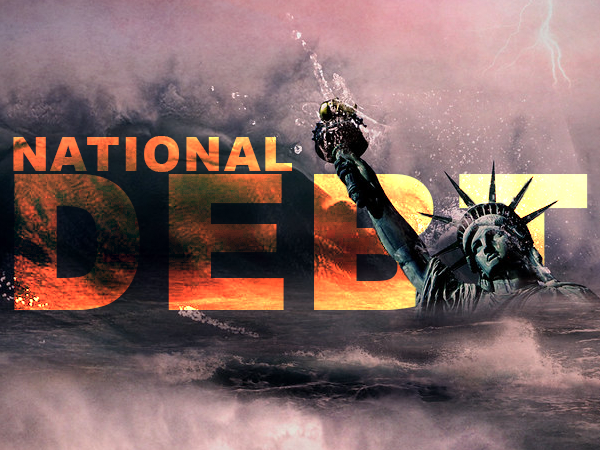 But new trouble could arise for both if the latest government meddling doesn’t pay off. For example, a new proposal to “fix” Social Security is already drawing criticism, as one part raises the full retirement age to 69 by 2075.

Legislation passed in 1983 gradually pushed the retirement age to where it is now, which is 67 if you were born in 1960 or later (see official chart below): 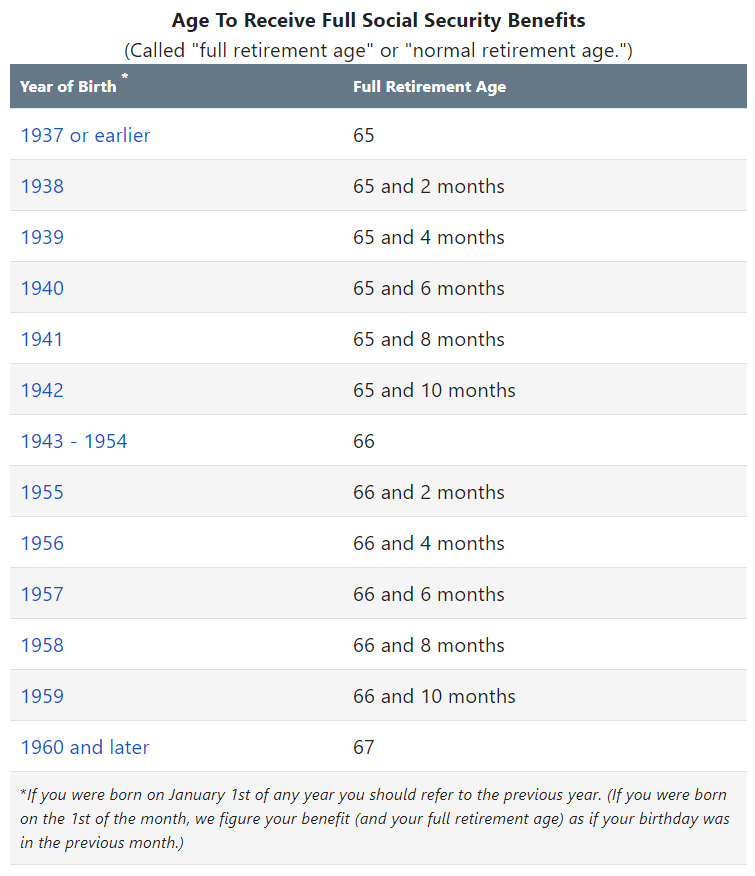 Social Security has been slow to implement “fixes” and is already behind the 8-ball. If nothing is done by 2035, program recipients could face a 25% reduction in their payments.

So raising tax revenue and the retirement age are common “fall back” solutions that politicians have repackaged in various ways to appear as though they are doing something about the problems in Social Security.

But that begs two questions: Does the retirement age really need to be raised again? And what ulterior motive might this proposal be hiding?

Paying Off National Debt at the Expense of Retirement Savers

The U.S. has amassed enormous amounts of debt in a short period of time. In fact, in just the last 3 months, the debt has soared over $1 trillion.

“Fancy” accounting seems to be the only way Congress can present this rapidly-increasing debt and say the economy is truly healthy (hint: it doesn’t appear to be healthy at all).

But that won’t stop politicians who claim to be paying down that huge pile of debt from dipping into Social Security to help pay for it. CNBC explained this part of the proposal:

The bipartisan Simpson-Bowles plan, more formally known as the National Commission on Fiscal Responsibility and Reform, included a proposal to raise the Social Security retirement age to 69 by 2075, among other changes, in order to help cut the national debt.

Life expectancy has increased since Social Security started; back then, “the average life expectancy was 17 years lower than it is today,” said Rachel Greszler, research fellow at the Heritage Foundation. This is the reasoning politicians will give to justify an increase in retirement age.

But the economy has also changed since 1983, so the 2-year age increase that worked back then may not work as well 36 years later. In fact, it’s possible the age increase would put additional pressure on unprepared retirement savers:

That’s because a lot of people are going into retirement unprepared. Take our current 401(k) program, for example. It hasn’t produced a lot of retirement savings, she said. A typical 60-year-old had less than $100,000 saved in their 401(k) in 2016, according to the Center for Retirement Research.

So politicians may claim to be paying down U.S. debt. But by raising the retirement age, they may also sacrifice part of your Social Security to do that — whether you’re prepared for it or not.

Politicians giving lip service to paying down the national debt could end up targeting something that is critical to the well-being of millions of Americans: their Social Security payments.

As you plan for retirement and save and invest what you can, also consider diversifying your assets into different categories and risk levels. Make your portfolio more resilient in case the government raises the full retirement age sooner than expected.

Adding precious metals like gold and silver to your asset mix is one way to protect yourself against political meddling with Social Security.