Home » Blog » Reliable Chart Suggests Gold’s Time May be Near

Reliable Chart Suggests Gold’s Time May be Near 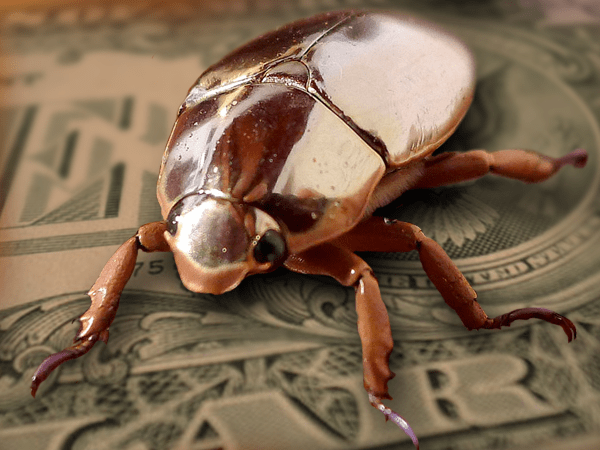 This week, Your News to Know rounds up the latest stories involving precious metals and the overall economy. Stories include: A chart that might give hope to gold bugs, silver to surprise with a rally by year-end, and global growth worries could boost gold demand.

A chart that might give hope to gold bugs

Few could argue that the dollar’s rally since the start of the year hasn’t been excessive. After running lower for consecutive years, the greenback reversed course around January and has thus far resisted a correction.

But according to MarketWatch, the movement of one reliable chart suggests that gold’s time may be near, as the metal could soon be freed from currency pressure. As per an analysis on the Kimble Charting Solutions blog, the U.S. Dollar/Gold ratio is sending a signal that the greenback’s momentum might be exhausted.

Chris Kimble, the blog’s author, notes that the ratio serves as one of the best ways to predict the metal’s price movement. He also notes that it accurately represented the retracement from gold’s all-time highs between 2011 and 2016.

Kimble points to the formation of a bearish double top pattern on the U.S. Dollar/Gold ratio chart, one that threatens to spill over the momentum that the greenback has enjoyed for most of this year. A long-awaited reversal in the dollar would free up one of the biggest headwinds that gold has faced while also allowing the metal to reap the full benefits of a risk-heavy environment.

Silver to surprise with a rally by year-end

All eyes were on gold last month as the metal soared amid one of the worst stock crashes in recent history. Silver, meanwhile, lagged behind as investors and fund managers largely focused on the yellow metal to hedge their bets.

According to Kitco, Seeking Alpha’s Boris Mikanikrezai believes silver has a fair bit of catching up to gold before the end of the year, a process that the analyst believes has already started.

Mikanikrezai expects a notable spike in silver prices by year-end as the gap in the gold/silver ratio contracts. The ratio, which shows how many ounces of silver are needed to purchase one ounce of gold, recently ballooned to historic highs. This has led some analysts to purport that silver is severely underpriced and is in line for a major price jump.

According to Kitco, the other reason behind Mikanikrezai’s forecast lies in the return of speculative interest to the silver market. As the analyst points out, the large number of silver shorts made since the start of the year could soon be promptly covered, potentially resulting in a massive price spike in the near term.

The stock correction towards the end of October was important for gold, as jitters allowed the metal to round up a 3% gain over one week. Yet Seeking Alpha contributor Clif Droke thinks the event bore deeper significance for the precious metals market, noting that it could be seen as the return of safe-haven interest.

The scare served to remind stock investors that even the longest bull run draws to a close, and Droke sees a lot more haven demand for the metal coming in over the next few weeks. Furthermore, the analyst predicts that the ongoing stock correction will have the biggest impact on gold towards the end of its cycle. Reeling from the sell-off but no longer faced with an immediate need for cash, investors will find themselves free to pursue safer assets like gold.

Droke adds global growth to the list of concerns that could fuel fear and, consequently, interest in gold.

In terms of hurdles, Droke notes that the metal has yet to reconcile with a strong dollar. Last week’s pullback proved temporary, as the greenback returned to the winning column within 48 hours. But despite this, Droke thinks gold’s short-term prospects are exciting and advises investors to watch out for a more solid downturn in the dollar, since it will represent a bullish landmark for the yellow metal.