How to Protect Your Local Economy From the Great Reset 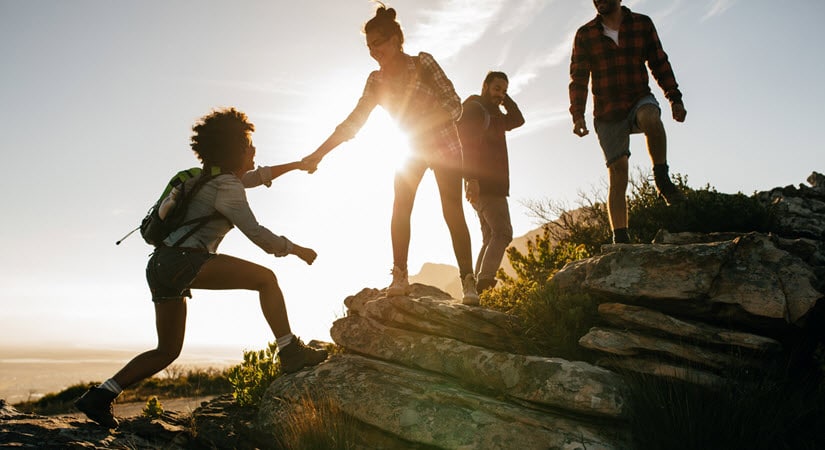 Over the years, I have written extensively about the concept of economic “decentralization” and localization, but I think these ideas are difficult for some people to visualize without proper motivation. By that I mean, it’s not enough that the current centralized model is destructive and corrupt; it has to start breaking down or show its true totalitarian colors before anyone will do anything to protect themselves.

Sadly, the majority of people tend to take action only when they have hit rock bottom.

In recent months the pandemic lockdown situation has provided a sufficient wake up call to many conservatives and moderates. We have seen the financial effects of pandemic restrictions in blue states, with hundreds of thousands of small businesses closing, tax revenues imploding and millions of people relocating to red states just to escape the oppressive environment.

Luckily, conservative regions have been smart enough to prevent self destruction by staying mostly open. In fact, red states have been vastly outperforming blue states in terms of economic recovery exactly because they refuse to submit to medical tyranny.

I outlined this dynamic in detail recently in my article Blue State Economies Will Soon Crumble – But Will They Take Red States With Them?

The data is undeniable: the states and cities that enforce lockdown mandates are dying, the states that ignore mandates are surviving. However, with a Biden presidency there is a high probability that the federal government will now seek to force compliance from all states. In other words, lockdowns will become a national issue rather than a state issue.

For now, Biden is pretending as if reopening is right around the corner, but as I have noted in the past, the Reset agenda will never allow this. A reopening, if it happens at all, will be short and lockdowns will return. We are already seeing a new narrative being introduced to the public involving “COVID mutations”, which are supposedly “more deadly” than the original COVID-19 outbreak. So, there is a brand new and useful threat and the establishment will exploit it as a rationale for more lockdowns and restrictions.

Beyond the pandemic mandates, there are also numerous Reset agenda policies that will be implemented under the Biden administration, including insane Green New Deal, related executive orders and legislation claiming to reduce carbon emissions. What they will really do is annihilate resource production. Millions of jobs will be lost and entire industries will be erased unless conservatives act to stop Biden in his tracks.

This means doing far more than stalling through political maneuvers. We are going to have to use concrete strategies to retake control of resource management within the states. Pointless globalist carbon policies composed by entities like the UN have no place in American economic planning. A message needs to be sent that they will never be accepted here.

Time is running out to prepare. Lockdowns will return within a few months and this time they will be federally enforced. Conservatives must be ready to defy these orders if they have any hope of saving their local economies. This is going to take individual efforts to stock necessities and secure their finances, but ultimately wider organization is going to be needed to weather the storm.

Conservatives must establish coalitions of counties and states, and certain economic measures will have to be applied to insulate from damage. The federal government and Biden will attempt to punish red states for refusing to submit, and we need to be ready for that eventuality.

On a smaller scale, conservatives can accomplish a lot by simply changing their buying habits. If you do 80% of your retail spending with big box stores and online outlets like Amazon and only 20% at local small businesses, then try to switch that ratio. Spend 80% at local businesses and 20% at corporate outlets. Yes, small businesses tend to cost a little extra, but who do you really want your money going to? Do you want your money filling the pockets of international corporate moguls that are working to destroy your freedoms and undermine your economy? Or, do you want your cash to circulate locally?

Individuals can also start their own business from home focusing on production of necessities or necessary skill sets. They can establish a small business co-op and encourage the community to buy locally. Often, people just don’t know how many services are available from small businesses in their area, so they automatically go to big box providers. Small businesses must work together to change the dynamic.

This strategy also extends to local farms. Consumers and grocery stores need to buy more of their produce from farms in the area and less from chains which ship in produce from other countries. There are millions of acres of farmland in the U.S. that do not grow food at all because these farms are paid by the federal government not to. Encouraging local food production is paramount to remaining free from centralized control.

The problem with conservatives is that we tend to be so independent that we avoid organization. This is a problem because it leads to self-isolation. During the pandemic lockdowns in blue states, some conservative-owned businesses refused to comply, but they were left mostly to fend for themselves with no aid from the wider community. If more businesses were to ally with each other and protested in tandem, dozens or hundreds of defiant businesses working together would be a lot harder to shut down than just a few.

By extension, it’s not enough for conservatives to merely argue against the lockdowns and demand businesses stay open, we need to also defend those businesses that take action. We need to support them with our dollars and stand in the way of anyone trying to close them down. They are taking a big risk for us, so we need to be willing to take risks for them.

Imagine if Biden tried to assert a national lockdown order and more than half the businesses in the country ignored him? What if patrons refused to allow federal agencies to intimidate those businesses? The lockdowns would be nullified, and Biden would have little recourse.

In the event that the U.S. economy breaks down completely, we must create contingencies to prevent total trade disruption. Without trade, populations become desperate because no one has the ability to provide every necessity all the time. People have to be able to barter goods and services in an open market.

Barter networks are a base fundamental, the universal go-to solution during economic collapse. Every society in modern history has used barter markets to stay afloat during financial crisis and to bypass government economic controls. We must be willing to do the same.

Conservatives must start organizing barter networks within their communities now. It does not matter if you are trading with a couple of people or hundreds; the process needs to start somewhere.

Why is this so important? Because there is a very good chance that the federal government will try to fiscally punish any state or county that opposes lockdown measures and Reset policies. This means that the government will first seek to cut off federal funding to red states. In the midst of economic crisis, many regions have become reliant on federal stimulus as a crutch, and this dependency makes them vulnerable to control.

To truly rebel against the Reset, local economies need to be free from federal oversight or consequences. With barter networks in place along with possible local scrip and alternative currencies, the public will be less fearful of economic retaliation.

Take back management of local resources

We have already seen attempts by Biden to disrupt production of carbon based energy resources like oil and coal. Frankly, the time is long past due for states and counties to take back control of federal lands. The government has been stifling American production for decades and this has hurt rural communities in particular.

In my area, the EPA has essentially destroyed the timber harvesting industry through unfair regulations. This has led to federal mismanagement of forests to the point that fire hazard has become a major issue. All the young men in the county used work as lumberjacks to support their families; now they have to leave, or work as wildland firefighters. It’s completely backwards. And this is happening while U.S. lumber prices are skyrocketing.

Conservative counties and states need to take back land and resource management and allow reasonable production to return. Biden should have no say in whether or not oil wells in North Dakota stay operational, or coal mines in West Virginia stay open, or trees Montana are selectively harvested. As long as the bulk of wealth from the resource production stays within the state where the resources were harvested, I see no downside to this kind of response.

If the federal government tries to retaliate by cutting off federal funds, it won’t matter because the states will be producing jobs and wealth for themselves independently.

In our current political environment, it is becoming a fact of life that the hard left can and will try to harm people that oppose their ideology. Big tech companies and government are helping them to do this. Now more than ever, conservatives that wish to remain free to voice their views and share facts that are contrary to the leftist narrative must seek protection from cancellation. But how do we do this?

Conservatives should also look into the possibility of campaigns to build more platform alternatives to Big Tech and social media. We need more web service providers that are owned by people who respect free speech rights. We may even need our own internet.

All of these things are possible, but it takes organization and effort. Conservative communities can become safe havens for civil liberties, but this means we cannot be isolated from each other anymore. We have to be connected by more than our principles, we must also be connected through actions.