Home » Blog » How to Successfully Retire in the Upcoming Lost Decade

How to Successfully Retire in the Upcoming Lost Decade 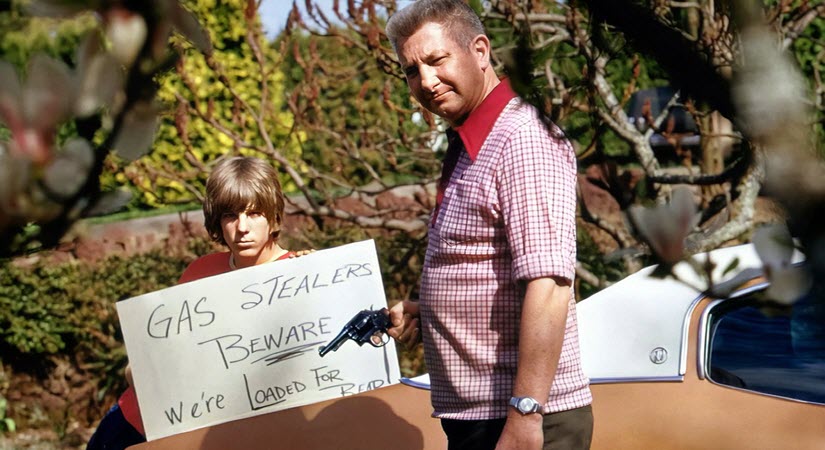 With the challenges that retirement savers already face like pandemics, planning, and an uncertain stock market, the rising price at the pump is one they could do without.

According to AAA, the average gas price nationwide is currently $4.24. You can see how gas prices are faring on a state-by-state basis in the graphic below:

The graphic above reveals that the Western third of the U.S. is getting rather expensive to drive, especially for those on a fixed income. Just for context: “A month ago, the national average was $3.54 per gallon. A year ago, Americans were paying an average of $2.88 a gallon.”

And if you’re saving for retirement, well, unexpected price surges in such a basic, everyday expense force you to spend the money today you could’ve been saving for your future.

But don’t worry! The government has a plan to help!

So what’s the proposed by the Biden regime to ease the burden of rising gas prices?

Let the taxpayers subsidize it!

That’s right – the big plan in the form of rebates or direct payments to qualifying Americans is paid for by, well, other Americans.

A CNBC report provided additional insight on these “gas stimulus checks” from lawmakers:

Congressional leaders have proposed $100 energy rebate payments that would be sent to Americans during any month where the national average gas price is higher than $4 per gallon. The bill — called the Gas Rebate Act of 2022 — was proposed by Reps. Mike Thompson, D-Calif.; John Larson, D-Conn.; and Lauren Underwood, D-Ill.

Hmm, where would the money come from?

Rep. Ro Khanna of California and Sen. Sheldon Whitehouse of Rhode Island have suggested raising taxes on big oil companies and paying rebates of roughly $240 per year for single filers and $360 per year to joint filers.

In other words, lawmakers are proposing a hand-out of funds that were paid by taxpayers in the first place, probably in the form of federal taxes we pay on every gallon of gas we buy. In case that’s politically unpalatable, Plan B is to jack up taxes on oil companies.

If you answered B, congratulations! You’re smarter than a 5th grader.

If you answered A, you don’t understand basic economics (and should consider running for Congress).

Our elected leaders have at least identified a real problem, one with a major economic impact. Their half-baked, hand-waving schemes to make it better simply don’t address the fundamental, underlying issues.

And that’s a real concern, because an “oil shock,” or a sudden spike in energy prices, can wreak havoc across the economy…

This financial shock could kick off years of stagflation

We’ve said it before, and we’ll say it again:

Inflation is the tax that no one votes for but everyone pays.

The last time America saw such a vast surge in gas prices was the 1970s energy crisis. That crisis led directly to a decade of stagflation, a toxic brew of rapidly-rising prices (peaking at an eye-popping 14%), a 50% drop in the stock market, unemployment over 10%, shrinking GDP and widespread civil disorder.

For retirement savers, accelerating inflation is bad enough by itself. But when it’s combined with stagflation, well, planning and saving for retirement become even more challenging.

Maybe you think this is an exaggeration? “Who’s this Chicken Little, always saying the sky is falling?”

Don’t take our word for it! Investing legend Bill Gross recently shared his concerns and his predictions look pretty bad, too:

I don’t think 7% inflation or more, which we have now, is really our future. I think we’re looking at 4% to 5% inflation for the next several years. So that’s stagflation. [emphasis added]

Gross also pointed out that the most reliable indicator we have of economic recessions, a yield curve inversion, started flashing red this week:

The spread between the 2-year and 10-year Treasury — better known as the yield curve — moved another step closer to inversion Tuesday. An inverted yield curve has often been a precursor to recessions.

When yield curve inversions happen during an interest rate hiking cycle, recessions start within 1-3 years, notes Deutsche Bank. To be more precise, they tend to occur 23 months after the first inversion.

On March 28th, the yield curve between five-year and thirty-year Treasury bonds inverted for the first time since 2006.

So it looks like we’re facing at least a recession in the short-term, and possibly a severe bout of stagflation.

Having said all that, what should those of us hoping to retire some day do?

Knowing the potential economic disasters ahead can be a blessing or a curse.

Some retirement savers simply can’t handle uncertainty. They’ll throw up their hands, tune out the bad news, and hope for the best. Admittedly, ignoring problems and hoping they go away isn’t much of a strategy. Nevertheless, we wish them well.

Prudent investors will consider warnings like these and take them under advisement. They’ll review their investments and plans, and make sure their financial futures are as secure as they can make them regardless of what the future brings. We with them well, too (though they probably don’t need it).

Whether your retirement strategy is based on hoping for the best or cold-bloodedly analyzing optimal outcomes, you don’t want to wait until it’s too late to position yourself for the future, even if the worst doesn’t happen.

USA Today’s Robert Powell provides some good insights into preparing for the storms on the economic horizon:

Most financial planners recommend that you have at least three to six months of living expenses set aside for, well, emergencies or financial shocks, such as a new roof or dental work.

Early in my career, I had a 90-plus-year-old client say to me regarding financial assets, ‘You never know what it will take to get you out of this world.’ Her life wisdom was spot on. I use that quote to tell pre-retirees with ‘constrained’ or under-funded retirement assets that life has its unexpected turns. We also tell pre-retirees, ‘You can never ever save too much for retirement. An emergency fund is always needed.’ [emphasis added]

The two major take-aways here are:

And in addition to preparing an emergency fund in case things go sideways, now may be the best time to consider investments that help secure your savings against inflation and stagflation…

Can physical gold and silver give you the edge you need?

It can also include taking a few minutes to consider two so-called “alternative” assets, physical gold and silver, can help preserve your purchasing power in the face of rising inflation. There’s a reason gold has been a safe haven for everyday people around the world for centuries. Take a look at how gold performs over time and learn about the benefits of a well-diversified savings plan. The time you spend educating yourself could be the best investment you ever make.