The Best Path to Retirement Success Is Not What You Think 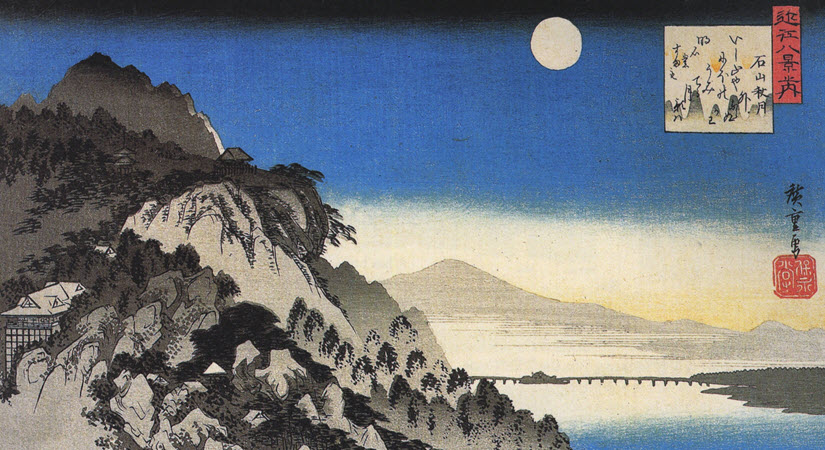 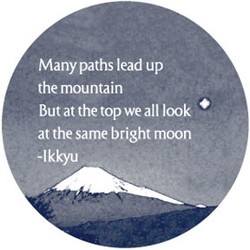 Sometimes, this koan credited to the Japanese Zen Buddhist monk and poet Ikkyū is translated as:

There are many paths to the top of the mountain, but the view is always the same.

There are so many ways for retirement savers to invest their hard-earned dollars it can make your head spin.

Take Warren Buffett of Berkshire Hathaway. He’s notable for taking a long-term view on investing, with incredible, nearly legendary, success. But what’s interesting is how dedicated to that path Buffett is, sometimes at the expense of another route to the same success in the same timeframe.

Consider his stance on gold investing as an example, as summarized in an analysis on the Compound Advisors blog:

It’s no secret that Warren Buffett is not a fan of Gold, having denounced the metal as an investment on numerous occasions.

While there’s no denying Buffett’s huge long-term outperformance versus Gold, over the last 20 years they look exactly alike, with a return of +548%. Same endpoint, but very different paths getting there (first 10 years belonged to Gold, and the last 10 years to Buffett).

You can see how the two very different investing paths for Berkshire Hathaway and gold bugs lead straight to the same outcome in the chart below: 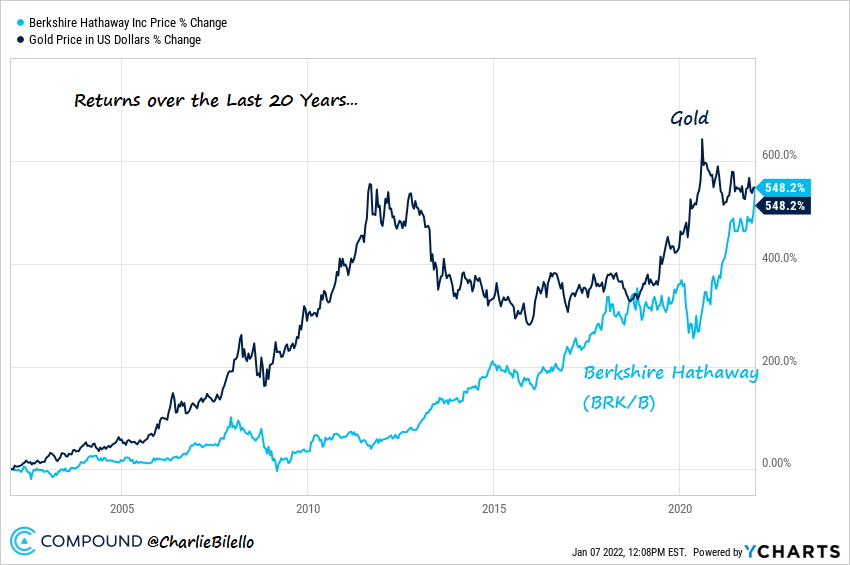 No one can deny that one of the richest people in the world obviously has a set of legendary investing savvy that propelled him to the success shown above.

But it is also quite interesting that one asset, physical gold, has performed just as well as Buffett has over the same timeframe.

And who knows how the next two decades will play out for both gold and Buffett? One thing is certain, however.

Retirement savers must know there is more than one way to succeed.

While that’s an inspiring idea, we must also warn you…

There are just as many paths to failure

Vanguard Founder John C. “Jack” Bogle thinks that those saving for retirement would do better if they realize, “the job is to develop an income stream.”

He also thinks savers are better off sticking to their plan instead of shifting strategies or trading stocks all the time, as reported by Newsmax:

I don’t think it’s a good idea for investors to think about jumping on the bandwagon or jumping off the bandwagon. If you look at the realities of investing, motion is the worst thing you could do. The more you trade, the less you make.

If a retirement saver is making less because they are trading more, obviously that isn’t what anyone would call success. So Bogle’s insight makes sense from that perspective.

One study from Charles Schwab supports the same idea from a different perspective. It revealed that trying to “time the market” can lead to failure too. The study reaches a sensible conclusion: “The best strategy for most of us mere mortal investors is not to try to market-time at all. Instead, make a plan and invest as soon as possible.”

Dr. William Bernstein thinks the ability for anyone to trade stocks without a plan, something he called “free trading” in a recent interview, is equivalent to “giving chainsaws to toddlers.”

He went on to provide one example of manic investing behavior that is likely to lead to failure:

And particularly, with Robinhood and GameStop and the other short squeezes that are going on, there’s now a significant population of relatively young people who really believe that this is the path to effortless wealth, and they’ve already made it to easy street, and they’re quite excited about it.

Of course, the paths to success and routes to failure here are just the tip of the iceberg. Advice is possibly the only thing more abundant than investment decisions! Take everyone’s perspective, even ours, with a grain of salt.

Then consider whether your retirement plan is on the safest path…

Consider a more balanced approach to your retirement savings

One of the reasons that diversifying an investment portfolio over many securities helps reduce risk is that individual stock and bond returns do not necessarily move up and down in tandem. Some securities will zig while other securities zag.

The Magic of Diversification. The practice of spreading money among different investments to reduce risk is known as diversification. By picking the right group of investments, you may be able to limit your losses and reduce the fluctuations of investment returns without sacrificing too much potential gain.

Prudent investors should always consider diversifying their retirement savings with assets that thrive in a variety of economic environments. Physical precious metals like gold and silver are often used as “safe haven investments” during times of market uncertainty. Physical precious metals are time-honored inflation-resistant investments, and may be worth considering in your diversified approach to retirement savings.