In 2002, ‘Rich Dad Poor Dad’ author Robert Kiyosaki made eerie stock market predictions that are looking increasingly accurate. How did he foresee them? 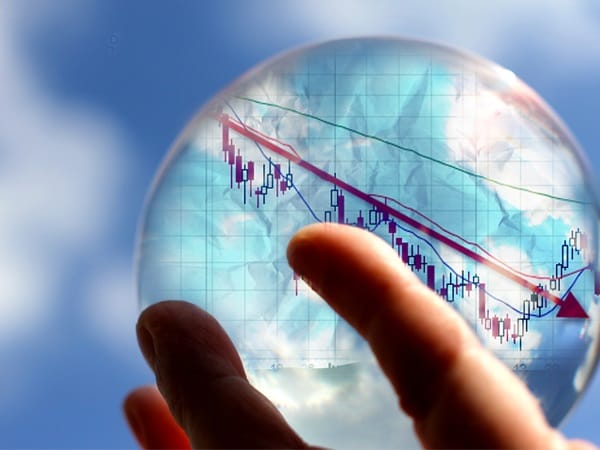 Famed entrepreneur and author of the ‘Rich Dad’ business book series, Robert Kiyosaki, says his predictions for a market collapse in 2016 are on schedule to become a reality.

He was nearly correct in the first week of the year, when markets suffered some of their biggest losses in recorded history.

You may think: “So what? Given the current state of affairs in our nation, anyone can predict that.”

Well, he did not make this prediction a few weeks ago; instead, he made this call back in 2002 in his book “Rich Dad’s Prophecy”, saying the world’s biggest crash would come around 2016.

In order to prepare for the crash that he believes is coming, Kiyosaki told readers that there aren’t too many options. In fact, two of the primary things he cites is to (a) buy gold and silver and (b) hope that the Federal Reserve can somehow help to ease the crash.

Here are a few reasons that the ‘Rich Dad Poor Dad’ author made his prediction.

Kiyosaki believes strongly in using demographics to forecast future trends. And, this year marks the first wave of Baby Boomers to hit 70 years old, all of whom will begin to receive distributions from their traditional retirement accounts.

According to Census Bureau data, some 76 million baby boomers are alive in the United States today. That’s a major percent of the U.S. population who will need to pull money out of the market in order to cover living expenses and live out their golden years.

This will put further strain on equity markets, especially with the low interest rates from the Fed over the past 7 years yielding these soon-to-be-retirees little (or no) gains.

Can the Federal Reserve stave off a crash?

Kiyosaki does not trust the government or central banks, which is another reason why he recommends people get into gold and silver. Unlike fiat currencies, the powers-that-be cannot print physical metals out of thin air.

Further, he says, “…for those whose wealth is tied up in the equity markets, it’s more like gambling than investing.”

We have already seen gold outperform the equity markets in 2016. And, as central planner lose their ability to control the markets, many believe that this trend will continue.

Kiyosaki believes that if we see QE4 initiated by the Fed, markets may rally in the short term. But, as soon as the money printing stops and/or rates are raised, it’s game over.

But QE4 may be exactly what the Fed is leading us to. Recently, Janet Yellen indicated that the Fed will “proceed cautiously” with future increases in interest rates, which is entirely counter to the stated plan that the Fed has had for 2016 for the last several months.

As signs begin to appear that the Chinese debt bubble is bursting, their growth story is ending.

Seriously, how many more ghost cities can they build in order to fudge GDP “growth” numbers? Much like the U.S., cheap money in China has driven up the equity and property markets.

However, this is now coming to an end.

It should be noted that China, along with Russia, are actively stockpiling gold.

Perhaps they see, like Kiyosaki, what may be coming in the not-too-distant future.

If Kiyosaki’s predictions fully prove themselves out, then wouldn’t the right move be to protect your savings now?

One protective action that you can take is holding a safe-haven asset that will be there for you during the most uncertain times. Do you own any gold?

The dollar is facing a variety of threats. Ready why here.