Home » Blog » The Risk of the Fed’s Continuous Rate Hikes

The Risk of the Fed’s Continuous Rate Hikes 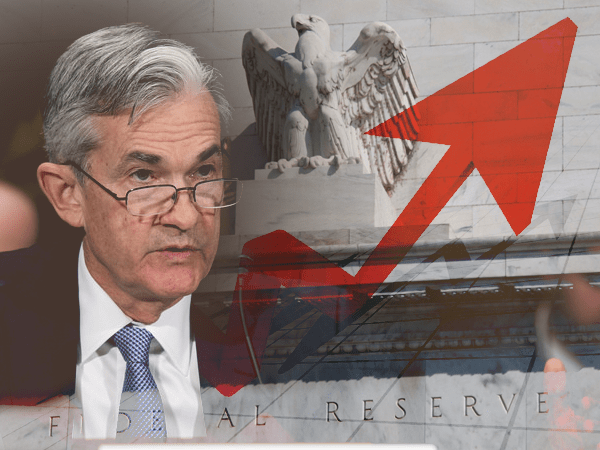 It was only a couple years ago when raising rates seemed like a “boy who cried wolf” idea. Now we’re seeing one rate hike after the other, with two more expected for 2018.

Does the Fed have something up their sleeve, or are they hanging on to false hope?

While the Fed’s decision to raise rates was predictable, the rest of their announcement wasn’t.

In the recent FOMC report the Fed paints a rosy picture about the state of our economic situation. They stated the outlook has “strengthened in recent months.”

Then they claimed a better unemployment rate at 4.1%. And it is, if you’re only reporting the statistics that make things look good.

We know that rate is misleading for one simple fact…

Anyone who is not looking for work is not considered part of the calculation.

As more and more people leave the workforce altogether, and give up looking for work, they get culled from the calculation reported in the media which skews the statistic.

The truth is, the unemployment rate is much higher than the media reports. It’s actually closer to 8.2% as of February 2018.

So is the Fed in denial about the state of our economy? Is it telling white lies? Or a combination of both?

Sometimes it’s hard to tell, but in 2016 Richard Fisher might have given a clue to what seems like a knowing manipulation of the stock market to the upside…

What the Fed did — and I was part of that group — is we front-loaded a tremendous market rally, starting in 2009.

It’s sort of what I call the “reverse Wimpy factor” — give me two hamburgers today for one tomorrow.

I was warning my colleagues, don’t go wobbly if we have a 10-20% correction at some point…. Everybody you talk to … has been warning that these markets are heavily priced.

This initial rate hike is just the beginning of how sloppy economic policies like bailouts, quantitative easing, and out-of-control debt “management” could play out.

More Rate Hikes On the Way

This recent report showed two more rate hikes on the way. But quite a few experts are predicting as many as 4 increases this year.

Jeffrey Cleveland, chief economist at Payden & Rygel, said “I think this does cement the four rate hikes, given the inflation backdrop”. He claims the hot inflation “helps the Fed tell their story that the Fed has to move up the funds rate in anticipation of higher inflation because inflation moves with a lag”.

According to Michael Pearce, senior U.S. economist at Capital Economics, the rate could be as high as 2.5% by the end of 2018, and could continue to grow after that.

So we’re in for a bumpy economic ride, and the ride starts now.

Markets go through cycles. But after 2008, if it seemed like the Fed wasn’t handling that severe correction properly … well, you’re right. They weren’t.

Bailing out big banks? Dropping interest rates to zero? Injecting billions of dollars of liquidity into the financial system?

It’s time to pay the piper. What goes up artificially, could come crashing down harder than the U.S. has ever seen.

It seems like the U.S. tried to put on an economic band-aid, and now that band-aid is getting ripped off.

All of the Fed’s less-than-ethical ways of handling the economic crisis are about to be adjusted for.

The Effects of the Fed’s Troubling Decisions

The U.S. economy is on the verge of being pushed off a cliff:

The entire pension system could detonate.

The dollar is weakening, and likely will be replaced as the world petrocurrency.

Bond yields could soon break their “safety seal” of the last 5 years.

The U.S. debt keeps rising, and paying the interest alone might crash the economy.

All of this is happening at the same time as the U.S. economic “band-aid” gets ripped off in 2018. The results could be catastrophic, putting the wealth of American individuals at risk.

But there is a golden lining…

The U.S. might have ditched the gold standard in the 1970’s, but with gold making a return to world headlines we could see a resurgence. With this comeback, the value of physical precious metals like gold could rise dramatically.

Get in front of this trend, and you might be able to stop the bleeding before it starts.