Latest News Stories About the Economy and the Gold Market 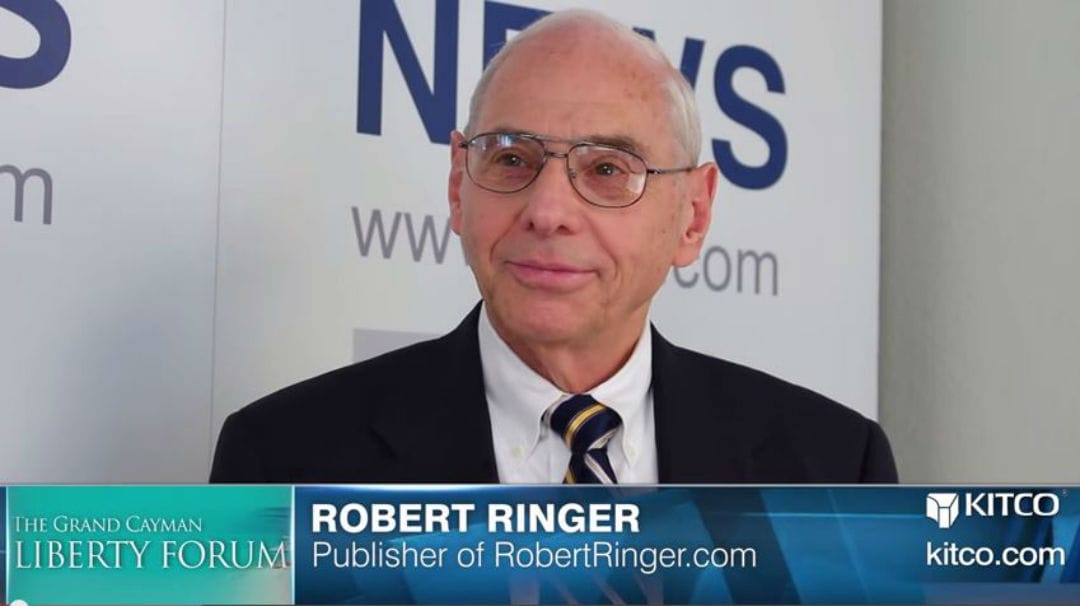 Each week, Your News to Know delivers you the latest news and critical reads about the gold market and the overall economy. Stories this week include: Buy gold because the dollar’s fall is inevitable, Indian households prefer physical assets, especially gold, and gold’s performance in a currency crisis.

Buy Gold Because the Dollar’s Fall Is Inevitable

New York Times bestselling author Robert Ringer sat with Kicto News last week to talk about the current political direction of America, but the conversation moved to the collapse of the dollar. Ringer, who wrote “How You Can Find Happiness during the Collapse of Western Civilization,” is convinced that the dollar’s collapse is certain.

Although he wouldn’t give an exact timeframe for dollar’s fall, he had one piece of advice for everyone: “Buy gold. Buy as much as you can possibly.” He recommends that 50% of your portfolio should be in gold.

Following are highlights from the interview:

“The [dollar] currency is being destroyed daily, hourly, by the minute – there’s no question about that. But when it will totally collapse, no one knows… Depending on who you’re discussing it with, it’s worth somewhere between 1 percent and 5 percent of what it was a hundred years ago…

“I’ve said for a good thirty-five years… Buy gold. Buy as much as you can possibly buy, because gold is money. Those pieces of paper in your pocket are not money, and you don’t measure the price of gold by dollars. You measure the value of dollars by gold. Gold doesn’t change its value… When it goes up, it reflects how much less the dollar is worth…

“There’s so many factors. It’s a huge, worldwide marketplace right now. My advice to people would be, ‘Buy gold.’ I don’t believe 10 percent or 15 percent – I think at least 50 percent of your portfolio should be in gold… Don’t touch it. That is money… I like to own physical everything. I like to know it’s in my hand.”

Over the past few years, households in India have allocated a larger chunk of their savings to physical assets, according to Business Standard.

“The shift towards physical assets,” reports the newspaper, “has mostly been attributed to lower returns from financial assets and high inflation, which has eroded real returns and led to an increase in gold price.”

Recently the situation has changed as lower inflation and softer global commodity prices have been positive for India’s financial market. But with greater participation in the stock market, a surge in gold demand is baffling.

India’s gold imports in November skyrocketed by more than six times – from $836 million a year ago to $5.61 billion, which has widened the current account deficit affecting the overall economy.

“[The] surge in gold imports in November was perhaps led by higher demand spurred by the festive and upcoming wedding season and low prices,” suggests a note by research and ratings company CRISIL, adding that “gold imports could rise to 850-900 tonnes in FY15 from 655 tonnes in FY14, if there are no further changes to gold import regulations.”

Gold’s Performance in a Currency Crisis

Gold glitters when currencies fail. At least this is the opinion of financial author and columnist John Rubino.

How? Rubino’s argument is based on solid foundation. He argues that this always happens when governments decide to destroy their currencies. It happened in the Roman Empire, in revolutionary France, and in most of Latin America in the 20th century, and now in the developing world. As currencies get crushed, gold, he says, keeps its buying power unaffected by government policies.

Rubino has called attention to the current currency crisis in Russia, where bank account holders are losing their shirts as a result of the tanking ruble. In contrast, those who chose to store their wealth in gold have seen their capital appreciate by 60 percent in local currency terms. Gold holders “are not ‘making money,’ but they are preserving wealth,” said Rubino.

“To say that gold is in a bear market is to misunderstand both gold and markets,” he writes. “Gold isn’t an investment that goes up and down. It is money in the most basic store-of-value sense. Most of the time it just sits there, and when its price changes in local currency terms that says more about the local currency than about gold.”

An Insatiable Appetite for Gold