It’s Time to Call “Inflation” By Its Real Name: Theft 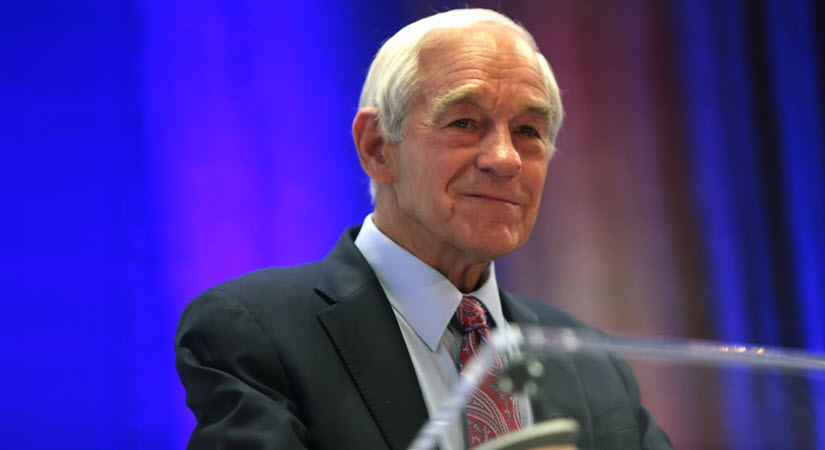 Inflation isn’t a scary word, is it? It makes you think of blowing up balloons for birthday parties, the Macy’s Thanksgiving parade, maybe helping a toddler get their water wings on before an adventure in the swimming pool. It just sounds so innocuous.

Even so, in an economic sense, inflation is the deadliest danger we face today. Recently it’s been all over the news, so I’m sure you’re aware of it. Even if you don’t watch the news you’ve seen your trips to the grocery store become noticeably more expensive over the last year.

Today I’d like to share with you an important way to view the monetary phenomenon called inflation, and help you understand exactly how it’s stealing your very future…

A cornerstone of civilization

I’m going to quote myself here: “Stable money is a cornerstone of civilization.”

Let me explain: in order to plan for the future, you must know what your money will buy in the future. In order for businesses to decide whether to, say, make a big investment in constructing a new factory, they have to forecast up-front expenses and future profits.

In order to simply make a transaction, you have to know the value of your money won’t radically change while you’re handing it over.

Now, throughout most of American (and world) history, stable money meant physical gold or silver coins. And when paper was traded, that paper was a claim on either gold or silver. You could walk up to a bank and present your paper and demand “cold hard cash” and they’d have to hand it over.

Now, this is a great way to deliver money with stable purchasing power over time. As Michael D. Bordo tells us:

Between 1880 and 1914, the period when the United States was on the “classical gold standard,” inflation averaged only 0.1 percent per year.

Now, this is fantastic for households and for businesses. Can you guess who it’s terrible for?

Governments. The entire continent of Europe effectively abandoned the gold standard during World War I, then again during World War II so they could print money to finance their armies. The U.S. eventually followed suit in 1972, when President Nixon told Americans their money was no longer exchangeable for gold or silver.

In other words, the U.S. went to a “fiat” currency system:

The term “fiat” is derived from the Latin “fieri,” meaning an arbitrary act or decree.

In other words, a dollar has value because the government said so.

This reminds me of something President Herbert Hoover once told Franklin D. Roosevelt:

We have gold because we cannot trust governments.

When gold was money, it was easy to know how much a government could spend. All you had to do was add up the dollars in circulation and compare it to the government’s gold reserve. That’s it. Simple math.

Does that sound harsh? Let me show you a chart, comparing the quantity of U.S. debt from 1972 to today:

Since the end of the gold standard, U.S. national debt has increased almost 70-fold.

Meanwhile, the purchasing power of each individual dollar is about 1/7th what it was in 1972.

That’s because, every time the government prints new money, it doesn’t make wealth. Only hard work creates wealth! Every single new dollar that rolls off the printing press reduces the value of every other dollar in the world.

“Theft” is not too strong a word

Imagine the government passed an executive order overnight that confiscated 8.5% of your money in the bank. In your retirement accounts. In your wallet.

I’m pretty sure I know exactly how you’d feel – like you’d been robbed! You’d feel like the people in power had decided to abuse that power. You’d be angry. You might engage in acts of civil disobedience, perhaps even uncivil disobedience. Whatever you did, you’d do something. Such an astonishing overreach of government power, such an incredible abuse of your personal property, it’s not something any red-blooded American would take laying down. We’d figure out a way to put a stop to it.

Now, what if exactly the same thing happened, but without changing the balance in your bank account?

Would you even notice?

The truth is, most people watch their balance much more closely than they watch the value of their money. If the balance goes down, it’s easy to see! If the value of your dollars, if your purchasing power decreases, you’re unlikely to notice right away.

Now, here’s what I want you to understand:

This is exactly what the Federal Reserve has done. They have robbed you of the value of your money, even if they didn’t affect the balance of your money.

It might not be polite to say, but I firmly believe theft is not too strong a word to describe the effects of inflation on you and your family. I firmly believe that inflation, the ongoing destruction of your hard-earned savings, is the greatest economic threat we face today.

Protecting yourself from value destruction

Like I mentioned above, most Americans simply aren’t paying attention to the value of their money. So long as the balance isn’t going down, they think they’re doing just fine. But they’re not.

They’re being pickpocketed, every single day. By the Federal Reserve. By a government that thinks we can spend our way to prosperity by printing even more money.

Now, if you’re an American with the relatively modest goal of merely keeping your money safe, there just aren’t very many options for you. Whether you’re trying to plan for your future, or want to leave a legacy of lasting value to your heirs, it’s harder today than it’s ever been.

That’s why I’m excited to work with Birch Gold Group. These folks make it easy to take your retirement savings and use those dollars to buy real physical gold – the most stable form of money I know. It’s not a promise to pay. Gold’s value isn’t based on anyone’s say-so.

Please understand, I’m not telling you to buy gold. I would not presume to tell you what to do with your hard-earned money. Instead, I’m here to encourage you to educate yourself, especially about how you can convert money you’ve already saved into physical precious metals.

Birch Gold Group publishes a free info kit to help you determine whether diversifying your savings with gold and silver is right for you. Please, take a moment and request your free info kit right now.

Because the longer you wait, the less gold your dollars are likely to get you…