A 50% Rise in Gold Wouldn’t be Shocking, Says Ron Paul 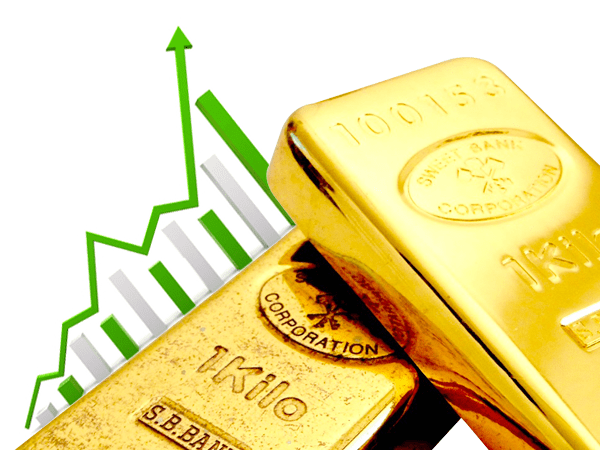 This week, Your News to Know brings you the latest stories involving the gold market and the overall economy. Stories include: Ron Paul says a 50% rise in gold could happen, UBS still expects gold to hit $1,300 in 2017, and a surprise gold rush hits Italy.

Ron Paul: A 25% plunge in stocks and 50% rise in gold wouldn’t be shocking

Former GOP presidential contender Ron Paul recently said he expects a correction in stocks that’s even more severe than most predict – and a substantial rally in gold to go along with it.

“If our markets are down 25% and gold is up 50% it wouldn’t be a total shock to me,” said the former U.S. Representative, who thinks that a major correction could happen as early as October. Should Dr. Paul’s prediction prove true, gold would reach over $1,800 an ounce from its current price of just over $1,200.

If this predicted correction comes to pass, the well-known libertarian places a lot of the blame on the Federal Reserve, saying it has kept interest rates low for too long. Furthermore, Paul believes that the latest hike campaign could have negative ramifications on the economy, as well as on prices of individual assets.

“I think it’s a very precarious market, and the Fed better be very careful. Since they are incapable of knowing what to do, I don’t expect much good to come out of anything they do,” said Paul. “There are so many mistakes made out there that the correction is almost unlimited.”

The former congressman’s prediction echoes his words from a year ago, when he warned against putting too much faith in stocks. “People have been convinced that everything is wonderful right now and that stocks are going to go up forever,” he explained. “I don’t happen to buy this. The old rules always exist, and there’s too much debt and too much mal-investment. The adjustment will have to come.”

UBS continues to maintain its bullish outlook for gold, predicting an average price of $1,300 for the metal in 2017 with a three-month target of also $1,300. In a report released last Thursday, strategist Joni Teves lists numerous reasons for the prediction, while noting that lingering uncertainty strengthens the argument for owning the metal.

“More broadly, we continue to anchor our core view on macro factors – scope for lower real rates from current levels and, more broadly, a benign rates environment should be supportive for gold,” said Teves. “A soft dollar should also be conducive for higher gold prices.”

Adding a pickup in physical demand to the list of reasons for a bullish outlook, the analyst also noted that a significant upwards correction could be in store for the yellow metal.

In regards to other precious metals, the bank remains positive on silver prices, slightly downgrading their forecast yet keeping it above current levels. Likewise, Teves lists $980 as the average price forecast for platinum in 2017, up from its current price of $911 an ounce, citing support from gold as a notable upside.

Lastly, the bank elevated its average palladium forecast for 2017 to $820 from the $800 given earlier, adding that the metal’s fundamentals are compelling and that the broad uptrend should remain intact.

The bank of Italy’s Elvo River in the northern Piedmont region is the site of the latest gold rush, as people from around the world are flocking there with hopes of locating a precious gold nugget.

The nuggets in the area have been formed by retreating Alpine glaciers and are said to be, on average, the size of bread crumbs, yet this hasn’t stopped prospecting tourists from traveling to the region with gold on their minds.

“Some people have the idea that you go and find gold like an A.T.M. machine,” said Arturo Ramella, one of the founders of the Biella Goldpanning Association. “We know you can’t live off of this so we try to discourage people. There are some retirees that go every day and if they find a flake or two it can add up, but it’s not going to substitute a salary, not in Italy.”

The prospectors’ efforts are made more difficult by local laws that limit the amount of gold you can scavenge to 5 grams a day, although locals maintain that this is enough for hopeful visitors. “You never find more than a few grams,” said Giuseppe Pipino, who brought competitive gold panning to Italy.

The area, dubbed the country’s Klondike, has a history of gold prospecting, with the river flowing along the Bessa Natural Reserve, a historic open-field gold mine. According to Aldo Rocchetti, the director of a museum dedicated to gold, the site was the “ancient world’s biggest gold deposit” and has seen numerous gold fevers over the centuries before the recent modern revival.