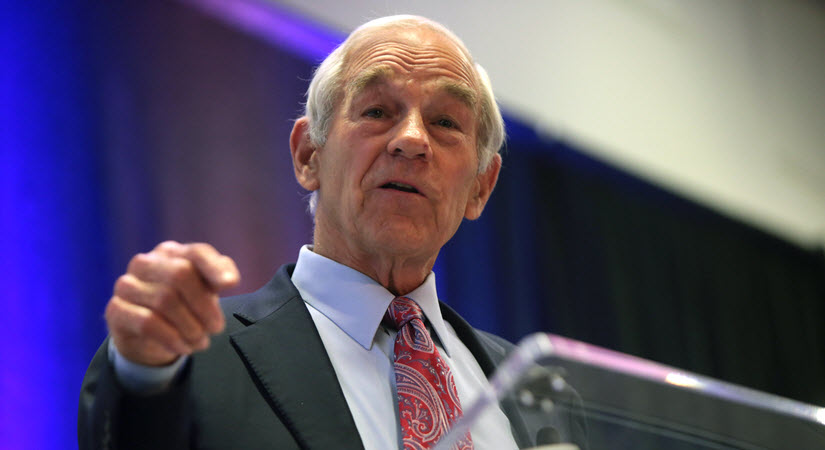 Even after decades educating Americans on economics and liberty, I’m still amazed by the number of people who have no idea what the Federal Reserve is or what they do.

Sometimes, if put on the spot, folks will hazard a guess.

“They’re the ones who make the stock market go up.” While that’s true, it’s not actually their job to pull the strings on Wall Street.

“They print money, don’t they?” True! Technically, the Bureau of Engraving and Printing, a subsidiary of the Department of the Treasury, physically produces greenbacks (or Federal reserve notes, or dollars).

What the Federal Reserve does is decide the total supply of dollars, and then create or destroy (but usually create) however many dollars they think the world needs.

Thus, as I explained in my article Forget about the gold standard, let’s talk about the copper standard, the Federal Reserve is in charge of either creating or destroying inflation. Mostly creating!

Today, I’m going to show you exactly how the Federal Reserve has abused their inflationary powers to steal from you. If you’re not absolutely furious by the time you’re done reading this article, well, call the Pope – you must be a saint!

If, like me, you’re not a saint, get ready to feel your blood boil…

When my father was getting ready to retire back in the 60s, his nest egg was invested very conservatively in CDs at the bank. That made sense for him, because at the time, banks paid 2-3% over the rate of inflation. He didn’t have to worry about the value of his money declining faster than it grew.

Fast forward to today… banks are paying less than 1% APY on CDs and savings accounts, on average, while inflation is 9.1%.

One of the things you hear a lot in the investing world is, there are no guarantees. Well, I’ll tell you right now: these days, anyone interested in saving their money at these rates is guaranteed to lose!

Since 2008 and the massive bailouts associated with our nation’s last financial crisis, the Federal Reserve has kept inflation rates artificially low. There are two reasons to do this:

Think about this: if you take advantage of, say, a one-year zero-percent financing deal to buy a new, bigger TV, does this make you more productive? Probably not – in fact, probably the opposite!

On the other hand, a family farm might take advantage of the same sort of financing deal to upgrade to a modern combine harvester. A computer programmer working from home might replace an aging computer with a newer, faster system. These choices would lead to greater productivity.

And they aren’t the only ones…

Know what they discourage? Saving money. Living responsibly, below your means? Stashing away something for an emergency, or for your future?

The Federal Reserve hates that!

Saving money does not create economic activity. Of course, money you have sitting in the bank isn’t idle – the bank is busy lending it out to other people. But banks, even irresponsible ones, don’t create as much economic activity with your money as you would if you spent it!

So the Federal Reserve represses interest rates. That encourages American families and businesses to go out and spend! Even to go into debt. Hopefully, they do so to increase their productivity.

Meantime, the federal government is doing the same thing – borrowing money to fund spending on everything from latest-generation fighter jets to bird-watching (not a joke).

That interest-rate repression is effectively taking money away from people who save, and handing it out to those in debt. And not just a little!

We’re $4 trillion poorer, thanks to the Fed

At the end of 2021, economist Alex J. Pollock ran the numbers and figured out exactly how much this interest-rate repression has cost American savers: an absolutely jaw-dropping $4 trillion since 2008.

Not coincidentally, that figure is pretty close to the amount of retirement savings deficit Americans currently have.

Now, obviously there’s no guarantee that $4 trillion would go into retirement accounts. That these two numbers would really balance one another out. However, it’s clear that the Federal Reserve is more than willing to impoverish responsible families, living within their means, saving for the future, in the name of “greater economic activity.”

And that’s just the direct cost of the Fed’s interest rate repression! There’s an indirect cost, as well. We call that “inflation.”

Fortunately, there’s one form of savings the Fed can’t penalize…

Just say no to interest-rate repression, inflation and the Federal Reserve

The Federal Reserve controls the nation’s interest rates and the amount of U.S. dollars in circulation. Now, that’s a lot, and it has a huge economic impact – but it isn’t everything!

There are still assets that everyday American families can use to help protect themselves against the Fed’s backdoor taxation. Financial assets that can’t be inflated, that can’t be hacked and that do a great job of storing purchasing power for the future.

I’m talking about physical gold and silver. Precious metals have a centuries-long track record of preserving purchasing power against inflation. Don’t make the mistake of thinking that gold and silver are only for billionaires or doomsday preppers! There’s a reason that nearly every central bank in the world owns precious metals: for their intrinsic value and economic stability.

Until our nation returns to its senses and gets back to a firm economic foundation based on honest money, it’s up to us to ensure our family’s financial futures are secure. You can use money you’ve already saved for retirement to buy real, physical gold and silver – Birch Gold can show you how.