Russia steps up their gold hoard to become the world’s biggest buyer of the yellow metal. Will this solidify its shine? 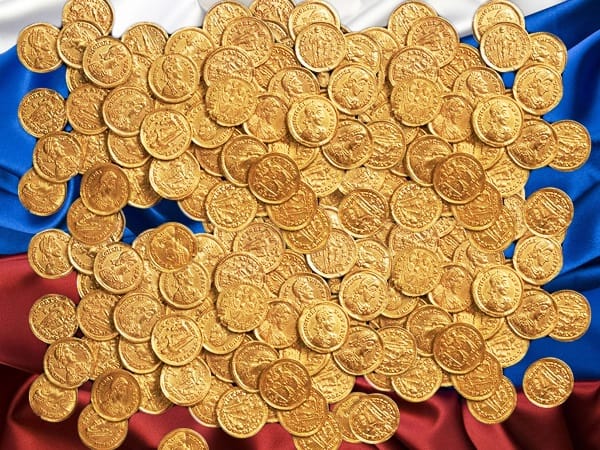 This week, Your News to Know rounds up the latest news stories from the gold market and the overall economy. Stories include: Russia becomes world’s biggest gold buyer, gold still the most desirable currency after Brussels attack, and mixed U.S. economic data supports the yellow metal.

RT.com reports that Russia’s February acquisition of 365,000 ounces of gold cemented the country as the world’s biggest gold buyer, as per International Monetary Fund (IMF) data.

Since then, Russia’s government acquired an additional $5.8 billion worth of foreign reserves, bringing the total to an imposing $386.9 billion. Aside from foreign exchange and special drawing rights (SDR) holdings, monetary gold also makes up a big part of these reserves. According to First Deputy Governor of the Central Bank Dmitry Tulin, the goal is to increase the reserves to $500 billion within three to five years.

The IMF report also included several other notable gold-trading countries. While IMF statistics aren’t yet inclusive of China, the People’s Bank of China (PBOC) reported 320,000 ounces being purchased in February, which would put China close behind Russia in terms of bullion acquisition.

The largest sellers for the month were Turkey and Canada.

Gold is still the most desirable currency post-Brussels attack

Despite the strength of gold’s 2016 rally – posting positive gains since the start of the year – the recent price fluctuations had some worried. As seen on Seeking Alpha, these people aren’t sure whether the price changes are merely part of a temporary correction or if they’re a sign that the rally has run its course.

Marc Faber, editor and publisher of the Gloom, Boom & Doom Report, remains optimistic on gold. In an interview with CNBC last Tuesday, Faber said that he believed that it’s embarking on a new bull course. While recognizing the effect of the Brussels attacks, Faber said they didn’t change his view of the global markets: “Around the world we see a slowdown in economic activity,” he explained, advising cautiousness when considering equities.

Building on his view that the metals are rebounding, Faber also said that gold is a call on the U.S. dollar: “I think in the long run the U.S. dollar will be a weak currency,” he predicted. While he believes that the greenback should be fine if the Fed doesn’t cut interest rates or brings them into negative territory, he added: “I think the most desirable currency will be gold, silver, platinum and palladium.”

Industry expert Frank Holmes also voiced his support for the metal, recently telling Kitco News that gold’s price fluctuations are a normal part of its cycle and that interest rates tell the real story. “Gold can turn around and have a quick pop because of the fight of global slowdown with negative interest rates,” Holmes said.

Robin Bhar, head of metals research at Societe Generale, isn’t bullish on gold, but even he gave due credit to the yellow metal: “If you expect the worst and think that there is more uncertainty, then gold is a fantastic insurance policy. People have insurance policies on their house and cars, so why shouldn’t you have an insurance policy on the financial markets, and therefore that insurance policy is gold.”

In a recent analysis seen on lawrieongold.com, CEO and chief investment officer at U.S. Global Investors Inc. Frank Holmes went over the latest economic data report and its implications for gold. Calling the results “mixed”, Holmes pointed out that many of them are deceptively-positive while actually benefiting the yellow metal.

On the other hand, data pertaining to overall production called for pessimism: Activity fell 0.5% in February on a month-over-month basis. Since industrial production is a subset of gross domestic product (GDP), Holmes finds these numbers a good indicator of the real state of the markets.

Housing data was another mixed bag: While we saw a 5.2% increase in new housing since January, existing home sales dropped by a significant 7.1%, with Holmes pointing to low supply levels and price growth as the leading culprits.

One would think that the data showing sinking consumer confidence is most supportive of gold: The University of Michigan’s Index of Consumer Sentiment fell to 90 in March from 91.7 in February, marking a year-long downwards trend. Yet Holmes considers the rising consumer price index (CPI) to be the most beneficial for gold: CPI rose 2.3% year-over-year in February, representing the fourth straight month of inflation.

Holmes reminds us that inflationary pressure is good for the metal: When real interest rates drop into negative territory (as they already have), the metal tends to prosper due to investors looking for loss-free options of preserving capital.

Why is the Fed holding back and leaving interest rates unchanged? Read more here.