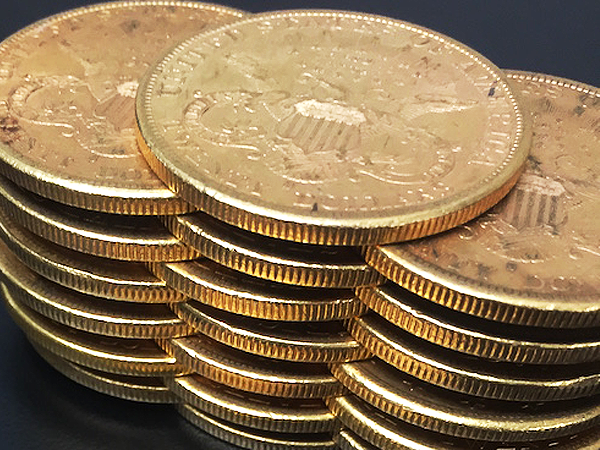 This week, Your News to Know rounds up the latest news involving gold and the overall economy. Stories include: Gold gains as recessionary fears lift safe-haven appeal, gold prices to hit $1,575 in 3 months and $1,600 in 6 months, and why bullion prices could keep exploding next week.

After cementing its position above the $1,500 level, Tuesday’s trading session saw gold jump as high as $1,534 an ounce before settling lower. According to an article on CNBC, investors poured into the metal over increasing civil unrest in Hong Kong and a dip in Argentina’s peso that potentially signaled dire things for the country’s economy.

CNBC reports that another key driver of investor interest in gold have been rising recessionary concerns in the U.S., which were most recently reignited as the U.S. Treasury yield curve inverted for the first time since 2007. This, along with wrap-ups of tightening cycles, have historically acted as surefire signs that a domestic recession is brewing.

Disappointing growth reports and central bank dovishness from around the world suggests that an imminent crisis could spread much further than the U.S. The eurozone met the European Central Bank’s slashed growth forecast that was made earlier this year, as the region barely saw any GDP growth in the second quarter. Meanwhile, China’s industrial output in July rose at its slowest pace in 17 years, lending further credence that the Asian nation could be hard-hit by the effects of the trade war and, in turn, disrupt the global economy.

As Jeff Klearman, portfolio manager at GraniteShares pointed out, gold has found itself in a spot with virtually no headwinds in the immediate future. Silver has also benefitted from renewed safe-haven demand, having risen to $17.17 an ounce after reaching its highest level since January 2018. The markets are now waiting for the Federal Reserve’s next meeting for signs of further dovishness. Traders see a 68.8% chance of another 25-basis-point rate cut in September, which would act as another catalyst to push gold prices higher.

In a recent note, Goldman Sachs’ analysts upgraded their forecast for gold prices for the first time in 2019. According to Kitco, the team expects the yellow metal to hit $1,575 over the next 3 months before moving on to pass the $1,600 level sometime during the next 6 months.

In their analysis published on Wednesday, the team cited various reasons behind their forecast upgrade, with domestic and global growth concerns being a primary factor. The analysts also noted that portfolio managers are beginning to increase their allocation to gold, stating that the continuation of this trend should act as additional support for gold prices.

Goldman also pointed to what they see as stage two of the U.S.-China trade war, with President Trump announcing an additional 10% import tariff on some $300 billion of Chinese goods effective September 1.

Like other pundits, Goldman’s analysts noted that the trade war is turning into a currency war, and that China may be forced to continue devaluing the yuan to combat the restrictions placed on its exports. A further depreciation of the yuan would strengthen the already-prevalent fears over global growth, giving gold prices yet another booster shot in the form of increased haven demand.

Why Bullion Prices Could Keep Exploding Next Week

As Forbes contributor Royston Wild writes, gold is up nearly 20% since the start of the year in what has been one of the most spectacular runs for the metal in recent memory. However, Wild thinks that gold’s gains are merely starting to pick up steam, especially as the metal firmly established itself above the important $1,500 resistance level without much issue.

Wild urges investors not to pay much attention to momentary pullbacks in gold prices, as the analyst firmly believes that the metal is on a long-term upwards trajectory and that we could see another price explosion as early as next week.

Wild points out that investors have been especially mindful over increasingly disappointing growth in Europe, as weak economic data from the eurozone continues to raise red flags regarding the global economy. A striking example has been the manufacturing PMI gauge in Germany, a key European producer, which recently fell to its lowest levels since the height of the 2008 financial crisis.

Recessionary fears in the U.S. have also taken center stage, and the likelihood of successive rate cuts by the Federal Reserve in the near future could have the dual gold-boosting effect of raising inflationary expectations and weakening the greenback. Central banks around the world have also done their part to bolster gold’s outlook by cutting their interest rates, with Australia’s rate dip to a record low of 1% being just one prominent example. In Wild’s view, moves like these are highly likely to prompt diversification away from fiat currencies and into gold.

While many have pointed to China’s weakening economy and depreciating yuan as positive for gold, Wild is particularly interested in the escalating tensions in Hong Kong. After two and a half weeks of protests in the region, the situation seems to be coming to a head as evidence suggests that China is gathering its troops around Hong Kong’s border. According to Wild, military action in the region would not only complicate the brewing U.S.-China trade war but also ignite a safe-haven flight towards gold.