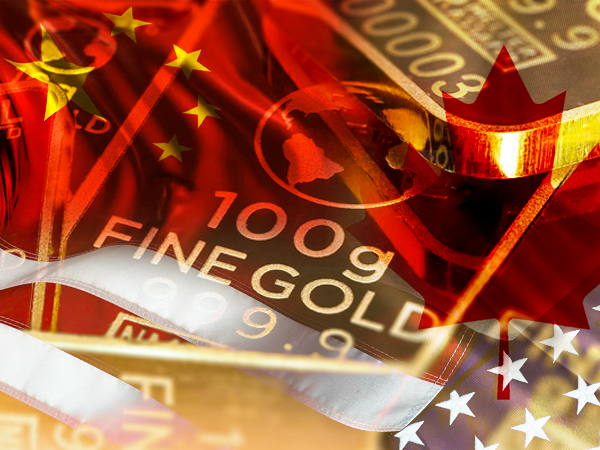 This week, Your News to Know brings you the latest news involving gold and the overall economy. Stories include: Gold gets a boost from safe-haven demand amid renewed trade tensions, why everyone should own physical gold, and Venezuela to sell gold ingots to pensioners as inflation soars.

According to an article on Kitco, interest in gold’s safe-haven properties seemed to grow on Friday as December gold futures climbed $4.80 an ounce. Among the various risks gripping the market, reignited trade tensions between the U.S. and its partners were the most prominent in recent days.

The U.S. and Canada passed their 90-day deadline to draft an updated version of the $1 trillion-worth NAFTA agreement. Although another 90 days have been granted, neither party seems willing to make concessions, with President Trump going as far as to suggest that Canada could be excluded from the deal.

Markets were likewise reminded that a third round of tariffs on Chinese imports will likely come into effect next week, increasing levies for $200 billion of Chinese goods. And while no action has been taken by the White House so far, Trump and his team have also threatened to impose additional levies on cars and vehicle parts from the European Union.

Gold was also bolstered by perceived weakness in secondary currencies which stems from a potentially overbought dollar, as well as some profit taking in the stock market. In general, the months of September and October present a more cautious period as traders move into autumn with a risk-off approach. This goes hand-in-hand with a technical picture that suggests gold could be slated for a rebound, as prices may have already bottomed out. In the coming months, the metal will look to gain an additional $15 to break the next resistance level.

Why everyone should own physical gold

Gold is sometimes overlooked in times of prosperity, especially against assets that seem to offer a quicker return. But in a recent piece on Seeking Alpha, Daniel Schonberger outlines why no investor, whether profit-seeking or pension-oriented, can afford to pass up on the metal.

To Schonberger, choosing to neglect lessons that history has taught us can prove disastrous. Countries such as Turkey, Venezuela and Greece are examples of how a government’s poor fiscal policy can lead to citizens losing their life-savings within days. And while it might seem unfathomable for such a crisis to happen in the U.S., Schonberger points out that the most developed nation in the world faced its own economic crash just a decade ago.

When the impending crisis happens, gold investors need to have quick and ready access to bullion as opposed to derivatives, which could become just as worthless as a hyperinflated currency. Physical gold is the only asset that can offer true security in times where even traditional assets like real estate lose their value.

Of course, gold serves more purposes than just protection against a potential crisis. Despite the stock market’s lauded gains over the past years, gold has steadily outperformed equities on an annual basis since 1970, generating an average yearly return of 7.5%.

Schonberger sees gold’s immediate future as another reason to own bullion. If we follow the gospel of James Rickards and other proponents of the gold standard, the metal’s actual value is closer to $10,000 an ounce. Yet even in the absence of such bullish valuations, the technical picture shows that the gold market might have finally reached a bottom. The recent quadrupling of short gold positions shows an overwhelming bearish sentiment that, if history is any indicator, should translate to significant price gains in the near term.

Venezuela to sell gold ingots to pensioners as inflation soars

Venezuela’s president Nicolas Maduro will turn to gold bullion in an effort to save the nation’s economy reports Bloomberg. The country’s now-infamous hyperinflation has seen the local currency diminish at a rate of over 100,000 percent, with the IMF forecasting an inflation rate of 1 million percent in the near future.

Maduro will look to preserve citizens’ savings by introducing gold-backed certificates, set to become available this month. The notes will be backed by 1.5 and 2.5-gram gold ingots and are meant to serve as an alternative to holding capital in the nation’s plummeting currency. Although aimed primarily at pensioners, the notes will be purchasable by anyone in the country looking to protect themselves against inflation.

During the broadcast, Maduro highlighted the importance of gold certificates as a way for Venezuelans to maintain access to cars and other important purchases. The president shared his faith in the plan, stating that the gold-backed notes are sufficient to restore the economy and assure the well-being of his citizens.