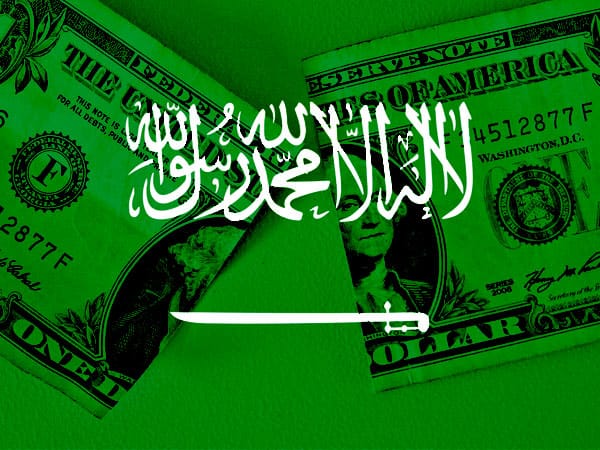 In an effort to appease Saudi Arabian officials, Barack Obama recently vetoed a bill designed to allow relatives of 9/11 victims to sue the Saudi Arabian government for its alleged involvement in the attacks. However, both Congress and the Senate quickly responded to override Obama’s veto, keeping the bill intact and making it law.

Since the bill’s inception, Saudi Arabia has threatened to leverage the U.S. debt it holds to attack the dollar in retaliation. Now there’s concern the country is ready to act on those threats.

While revenge from Saudi Arabia might not be enough to bring down the dollar by itself, it could easily synergize with other threats to create a dangerous scenario.

Recently declassified documents give convincing evidence that Saudi Arabia was in direct contact with the terrorists responsible for 9/11 – even providing them with significant financial support. (More on the case from the New York Times.)

The Justice Against Sponsors of Terrorism Act (JASTA) – known more commonly as the 9/11 victims bill – came in response to the massively incriminating evidence. And after Congress and the Senate used a veto override to keep Obama from getting his way, the bill is now law.

While that might feel like a success in the search for 9/11 justice, it’s bad news for the dollar.

Saudi Arabia holds nearly $100 billion in U.S. debt, and there’s nothing stopping this political jab from influencing the country to leverage that debt to attack the dollar.

At this point, all we can do is wait and see if Saudi Arabia acts on its ultimatum.

All other factors aside, Saudi Arabia can’t do much to hurt the dollar on its own. The $100 billion in U.S. debt the country holds, despite how intimidating it may sound, only makes Saudi Arabia the 15th largest U.S. debt holder in the world.

The real concern is how Saudi Arabia’s actions might compound existing threats to the dollar.

The International Monetary Fund’s decision to restructure its global reserve currency vehicle, known as its Special Drawing Rights (SDRs), already poses serious risk for a collapse of the dollar. The decision went into effect September 30.

After the last major SDR restructuring nearly 30 years ago, the dollar experienced a 30% decline in the two years that followed.

Taking that into consideration, Saudi Arabia’s threats suddenly become far more menacing. The dollar is already hanging on the edge – Saudi Arabia could use its seemingly small amount of leverage to push it off.

Any time there’s a major dip in the value of paper money like the dollar, which could come soon with Saudi Arabia’s threats and existing risks caused by the IMF, something interesting happens to real assets such as precious metals.

These kinds of currency crashes drive panic and uncertainty, and that means people start flooding into real assets with tangible value; that’s why physical assets are often referred to as “safe haven” assets.

The result is that real assets generally react inversely to currency crashes. Historically, when currencies fall, the value of real assets rises.

As you’re probably well aware of already, gold is the king of real assets, so this could be a big signal of higher gold prices on the horizon.

If you’ve been planning to allocate a portion of your nest egg in gold, this is simply more proof that it might be wise to act on those intentions sooner rather than later.