Why Professionals Think This “Scarily Quiet” Market Should Worry Americans 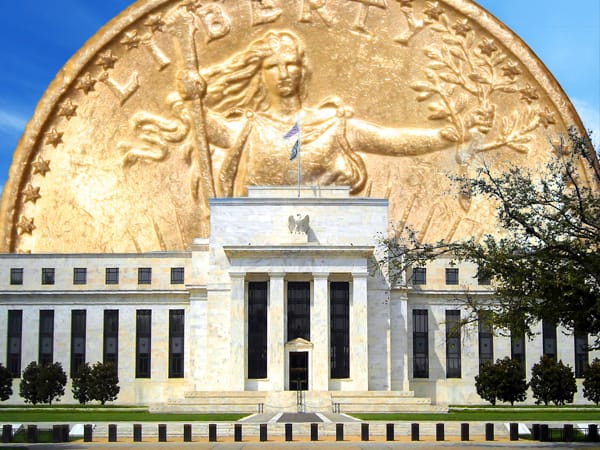 Periods of extremely low volatility, like the one we’re experiencing now, are notorious for preceding major market corrections, and commentators point out that the market hasn’t been this “scarily quiet” in years.

“The past 30 days have been the least volatile of any 30-day period in more than two decades,” the Wall Street Journal writes. “Only five days during the most recent stretch saw the S&P 500 move by more than 0.5% in either direction, the lowest since the fall of 1995.”

It’s not just a natural lull in trading activity either. The Federal Reserve is instilling complacency in the market by continuing to swoop in at the first sign of trouble, and economists believe that’s the real reason why volatility has stayed so low.

But the central bank’s power is dwindling, and therein lies the real danger. Nobody knows what could happen when the Fed stops being able to fend off a correction.

Is the Fed lulling Americans into a false sense of security?

Market activity during this time of the year is typically low. However, the Federal Reserve’s ongoing policy decisions are compounding the situation, and it’s causing market watchers to worry.

“Everything feels distorted and unnatural,” says Matt King, head of credit strategy at Citigroup. “You know the source of that is the central banks but equally there’s nothing to stop them carrying on.”

The primary cause of natural volatility in the market comes from the trades market makers execute in order to protect themselves from risk – mainly buying derivative contracts called “put options.”

It’s a complicated concept, but all you need to understand about it is that it’s normal and healthy market activity that the Fed is discouraging by artificially preventing a drop in stocks whenever things start to look hairy.

Since traders know the Fed will step in and prop up stocks when the going gets tough, they don’t see any need to pursue the typical risk aversion strategies they normally do, which in turn is causing the flat-line we see today.

Where history says the market will go next

If the Fed is holding a safety net below the market, that means there’s no reason to worry, right? Not necessarily, because the Fed can only do so much.

See, each time the Fed makes a reactionary policy decision to bolster the market when things get bumpy, they sacrifice a little bit of their power to do it again next time. Eventually, they can’t do anything at all, and the probability of a slingshot effect that undoes everything becomes almost certain.

Take that in conjunction with how the market typically responds after a period of historically low volatility, and the outlook is particularly concerning.

“Previous periods of very low volatility were in early 2011, before the U.S.’s near-default and loss of triple-A status, and January 2007, a few months before the collapse of two Bear Stearns Cos. hedge funds marked the beginning of the credit crunch.”

“The danger, then, is not so much complacency about markets, but complacency about central banks. The lesson of the past seven years is that policy makers will step in every time disaster strikes. But investors tempted to rely on the central banks should note that disasters did still strike, and markets had big falls before help arrived.”

Since the Fed’s facade of policy has yet to crumble, the cost of risk-canceling assets remains low. Thankfully, you don’t have to dive into the dangerous world of derivatives to take advantage of that.

When you consider where gold prices will likely be if the Fed loses control and the inevitable market correction finally takes place, current prices present just as much of a bargain.

It could be dangerous to wait much longer though.

“The time to buy insurance is when it is cheap, and for the U.S. stock market, that is now,” the Wall Street Journal concludes.